Power:
- Petrification: She can turn anything to stone by a simple touch and reanimate it by another touch.
- Enhanced Strength: She can easily lift a semi-truck.
- Enhanced Stamina: She can survive normally deadly attacks.

Weapon:
Stoplight: A flashlight that has magically enhanced to be able to stop time for anything it's shined on for 10 minutes.

History:
When Allison was 5 she was kidnapped from her family and used in a ritual to supposedly revive Greek legends. The ritual was messed up and the girl seemed to be turned into a statue. She was left behind with everyone assuming she was dead, but after a week she just suddenly was found and brought back to her family.
When she got into high school is when her powers first revealed themselves: when she turned a friend of her's to stone. At first it terrified her, but she soon came to enjoy it and started collecting statues, namely going after students at her high school. But as she continued, she started to grow more unstable. Eventually she attracted the attention of a minor heroine named Star. The event was invigorating, and she loved the rush... And to add to it the heroine is now a wonderful statue in her collection. With that she took on a new persona of the Gorgon.

Crush:
No one in particular

Personality:
She is very sadistic, and loves to make people beg. She enjoys also catching people in a very happy moment but any pose is good. She is obsessed with her statue collection and wouldn't dare let any of them be hurt and hates to lose.

Other:
- She goes to a private school
- She refuses to wear pants or shorts as she believes that they were the reason she was kidnapped when she was 5.

Name: Jake
Villian name: Jake
Bad
Female/male: Male
Power: Commander of plants
Weapon: Keyblade: SolarEclipse
http://vignette2.wikia.nocookie.net/d...
History: He lived in a small town until it was destroyed with Ryan, his friend both appeared in Destiny Island, they got their Key blades at the same time. When Shara was showing him the worlds Maleficent turned him against her. He fought her before disappearing to Lynchburg City along with Shara where he resides for the time being.
Family: Jack-twin brother
Crush: Camille
Relationship status: Single (for now)
Sexuality: Straight
Personality: He is a very well mannered ass. He loves messing with Shara and will do anything to trun her dark.
Other:
Appearance:
https://s-media-cache-ak0.pinimg.com/...

He has a Keyblade too :)

Name: Kaiko Satou
Villian name: Murmur
Bad
Female/male: Female
Power: Memory manipulation, able to shoot energy balls.
Weapon: Her energy balls
History: Kaiko was born to a young couple 12 years ago, the couple didn't care much for her. She was raised mostly by her brother, who was secretly abusing her in different ways. At 7, she was take hostage by her insane science teacher, who tortured her for hours before someone got her out. Kaiko gained her abilities from this torture. After the hostage situation, she was brought to the orphanage who she has remained since. She has been ploting her revenge since she was young, wanting to get rid of everyone who failed her.
Family: None that matter
Crush: None
Relationship status: Single
Sexuality: Straight
Personality: Most of the time, Kaiko is a sweet and childish person. Kaiko has shown to be in fact a manipulative, cunning, and sneaky individual.
Other:
Appearance: 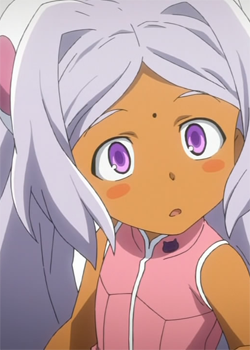 Mod
She so cute and adorable approved