Name: Shara
Hero name: The Keyblade Warrior
Good
Female/male: Female
Age: 14
Power: Spells from her keyblade
Weapon: Keyblade: https://www.goodreads.com/photo/user/...
History: Shara lived in Radiant Garden before the darkness consumed it. Shara disappeared from there and reappeared on Destiny Island with no memory of anything but her name. Shara left as keyblade master so she could save the worlds but ended up getting blasted with a spell that should've taken away her light in her heart. Her fists tend to glow when she’s angry but if you manage to make her mad then her body will glow. Shara was fighting Jake who Maleficent turned evil to basically punish her, a flash of white took her to Lynchburg City where she resides as The Keyblade Warrior.
Family: Unknown
Crush: No one
Relationship status: Single
Sexuality: straight
Personality: Shara is secretive always keeping things to herself. She is kind and sweet though is is a bit protective when it comes to her friends.
Appearance: Shara normal: https://www.goodreads.com/photo/user/...
Shara with hair up: https://www.goodreads.com/photo/user/...
Shara in her armor as The Keyblade warrior: 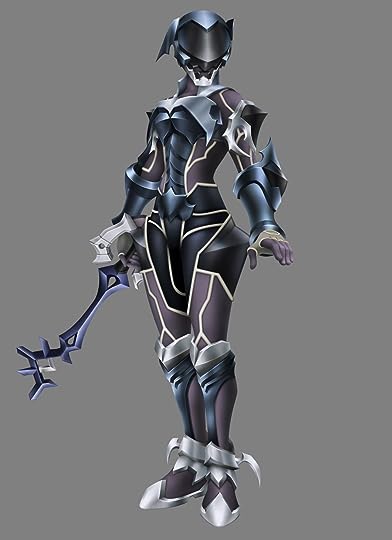 Mod
Good can you add appearance?

Name: Minene Uryuu
Hero name: Ninth
Good
Female/male: Female
Power: Technopath
Weapon: Various explosives
History: Minene was born to very kind and loving parents, the family travelling often when she was young. Minene was 8 when she and her parents traveled to the Middle East, where her parents just a few days into the trip, were killed by religious extremists. Having no way home, and no money, Minene was forced to live on the streets. She would steal food to eat and whenever possible she would steal money. Many times during her childhood, she was beat up and jumped by other children, teens and adults. She was 12 the first time she used her powers, making a diffused bomb go off just by throwing a fit. For the next 5 years, Minene learned and mastered her powers. Last year Minene found out how to attach herself to a bomb, meaning the second her heart stops a bomb will go off destroying everything in a 5 block radius.
Family: None
Crush: Open
Relationship status: Single
Sexuality: Bisexual
Personality: Minene considers herself a survivor first and foremost, Because of her survival instincts, Minene believes she does not need anyone else in her life to help her, after spending her childhood and teenage years alone with no love or guidance. Minene is very tactical and intelligent, and is able to deduce and gather information easily. She may seem very insane, but deep inside Minene is a very tough woman who wants to keep her loved ones safe, and even has a touch of a soft side to her.
Other: She often appears to be evil to people, but she's really fighting for the side of good.
Appearance:

Name: Rose Baston
Hero name: Roller
Good
Female/male: Female
Power: None
Weapon: Super powered roller blades (can go as fast as reverse flash)
History: A very bright inventor who lost everything due to some metas who took everything but her blades. She has fought them since it had happened. It was over three years ago when this happened. She now works with Barry and Walle (Flash and Kid flash) to stop metas from taking over her city of Fawcett City.
Family: One old uncle and one younger brother,Billy
Crush: Guy Gander
Relationship status: Single
Sexuality: Straight
Personality: outgoing, active
Other: Her brother works with the justice league as Captain Marvel and they work together and stop metas and the normal everyday crime but also come home to their uncle.
Appearance:
Image from http://www.walltor.com/images/wallpap....

Reverse Says its APPROVED!
TASTE THE RAINBOW! YOU HAVE BEEN APPROVED!

Mod
Alex wrote: "Reverse Says its APPROVED!
TASTE THE RAINBOW! YOU HAVE BEEN APPROVED!"

I approved this on hers.

Mod
Name: Emily Queen.
Hero name: HotStreak.
Good
Female/male: Female.
Power: SuperSpeed.
Weapon: her fist.
History: nothing important.
Family: no one alive.
Crush: no one yet.
Relationship status: single.
Sexuality: Bisexual.
Personality: fun, kind, funny, sweet, and serious when needed.
Other: she is the only one who has seen Harrison's eyes.
Appearance: http://www.google.com/imgres?imgurl=h...

lol forgot the name but it's there now

Name: Connie Martin-Black
Hero name: Roller
Good
Female/male: Female
Power: None
Weapon: Super Power Roller Blades
History: After working for a electronic master. She learned to make her favorite pair of skates to almost faster than Reverse Flash and Flash. But she lost everything due to the master fired her and took all of her work and took credit of it all. She was working on her latest idea when it happened.
Family: One brother, one parent (mother)
Crush: Tim Drake (new Robin)
Relationship status: Single
Sexuality: Straight
Personality: feisty, tough, head-strong
Other: Works with Batman and Tim to stop crime in Gotham, but goes home to pet wolf
Appearance:
http://vignette3.wikia.nocookie.net/f...
wolf picture
http://commandzero.com/wp-content/upl...

What do you want me to do with Clarissa?

Mod
Put her anywhere you want.

Idk where to put her

Mod
Just at the mall.

History: Lydia was born in Central city to Todd and Natalie Maelonnie. When she was 7, her mom died of cancer. Her dad was shot and killed when she was 10, so she was put into foster care. At age 12, Lydia got kidnapped by a group of scientists who were enemies of her dad. They held her captive for a year doing experiments on her. They ended up attaching angel wings to her spine. When they let her go, Lydia started living on the streets. She started using her wings to help people when she was 14 and has been for 3 years.

Personality: Lydia is very kind and caring. She’s liked by most people and is very trustworthy. Lydia loves helping people. She is a very optimistic person and always looks on the bright side of things. She’s happy most of the time and it’s really hard to get her angry about anything. 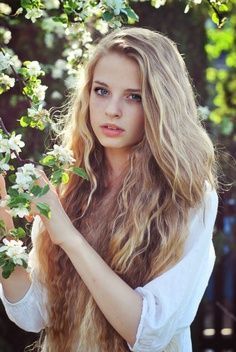 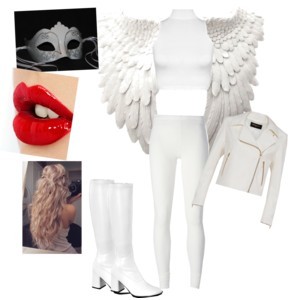