note: This topic has been closed to new comments.
42 views
Feeling Nostalgic? The archives > This is how cool Bowie is.

From Paste:
David Bowie to Re-Release "Space Oddity" With Special DIY Tilt
These days, it seems like everyone is anxious to hop on the remix bandwagon, and pretty much anything is considered remixable. David Bowie is the latest to to catch the bug, and will re-release a special-edition EP of "Space Oddity" on July 20, the 40th anniversary of Neil Armstrong's one giant leap for mankind.
The EP will feature four mixes of the original tune, as well as the song's eight original master tracks, which fans will be able to manipulate into their own mixes with any audio editing software, including iPhone app iKlax. The release date is certainly no accident. On his website, Bowie reminds us that the BBC used the song during its broadcast of the lunar landing, and that the original track was released just days before the monumental moonwalk.

Bowie still rocks my socks off!!

Bowie has always treated his fans to tasty nuggets like these. It's stuff like this that reminds us why he still commands such a devoted fan base, even if his records don't sell as much as they once did (even if his new records are still first-rate).

I loved him as Tesla in that movie... Oh what the hell was that movie?

Gus, yeah, he's always at the forefront of what an artist can do for fans and vice versa. He also saw the potential for artist websites and online fan clubs way before most musicians.

He is the Goblin King to my girls, they love his music in the Labrynth.

Michelle, did you just agree with yourself? :)

It had to be repeated. Goblin King smexy.

Has anyone listened to his newer albums? I like Cactus.

His voice is just as awesome, I like Wild as the wind, so moving...thats a good word for it

I thought sure this would be about Jim. 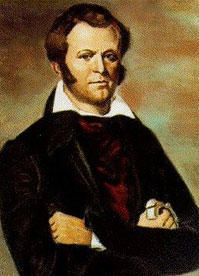 Yeah, how cool is it to have a giant KNIFE named after you...

Or a tasty pre-formed jerky treat that is super skinny.
(Was that too obscure?)