~пҪүпҪҡпҪҡпҪҷ can be a very nice person, or she could be your worst nightmare. She's known for helping out others, but also killing others without a second thought. She was neglected as a child, and can quickly snap between moods. She is never noticed by other people, and blends in wherever she goes. She will kill if she needs to, but if you catch her at a bad time, who knows what she will do to you. The one thing that not many people know is that she does feel guilty when she kills someone. She has a board pinned up in her bedroom, and every time she takes a life she add a line. So far she has about 30 on her death list. Her real name is Isabella, but she refuses to go by that name. Izzy is half Amazon, but since her father is a normal, average human being she is only 5'8.

~пҪүпҪҡпҪҡпҪҷ always had it rough. Her parents were always fighting, and no one would hang out with her. She was invisible to the world, and she was determined to change that. She began to try different things; graffiti, stealing, fighting, and eventually mugging. But she was still invisible, so she sought out the only thing that was left on her list: A gang. One of her few friends had told her about a new gang that was forming, so she decided to check it out. She found the gang, and she asked if she could join. It took a while, but she eventually got in. The Rose Gang has been her home for around a month now, and the members have become her family.

(view spoiler)[ This template, titled Wine, was created by Ronia, and inspired by the wonderful Red, Fiend, Shahdia, Jacqueline, Chrys, Froot, and Kikki. Ask before using, or I will hunt you down and make you pay. (hide spoiler)]

вқӣ and so I made this darkness into my home вқң 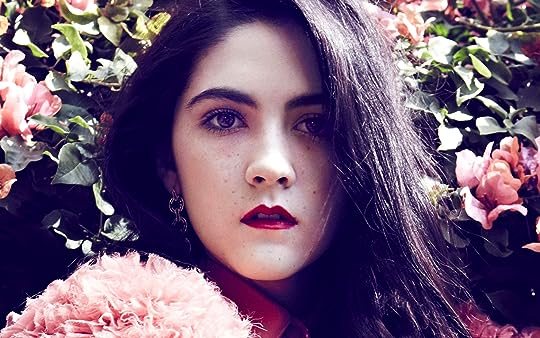 [ S ] ome people say Persephone's just too young for this, too innocent and pure. Those people don't know Persephone. Yes, it's true that she carries around a teddy bear, and it's true she talks to it a lot of the time. But, well, that's about where her "innocence" ends. In reality, she's a bloodthirsty vampire, her trademark being ripping open the necks of those she feeds on. She's generally pretty quiet, but don't get her wrong, this girl could and would kill you in your sleep. Being a vampire, she has enhanced speed and strength. Although her strength is a bit lacking for her species, she more than makes up for it with her speed and agility. And of course, knowing she's severely weakened during the day, Persephone keeps a little something around at all times. A hand gun. And bullets. In her teddy bear. Just in case. So watch your back, and don't go outside too late...

[ M ] any have wondered where this little girl came from, and why she's part of the roses. Well, to be entirely truthful, no one knows. Not even her best friend knows the whole story. Well, when Persephone was little, she was adopted by a man. This man had a daughter, and both were equally terrible. They physically and verbally abused poor little Persephone, the proof being scras that crisscross her body. She makes no attempts to hide these scars, but still... It isn't advisable to ask her about them. Well, Persephone put up with this for a long while. Even discovering her own species, which just s happened to not be human, she kept quiet and took her beatings like a good girl, honestly believeng the little mistakes she made worthy of such punishment. And then one day, she just snapped. No one knows what happened that day, but when her adoptive father and sister came home... Well, a day later they were found dead, the blood drained from their bodies. Another thing was off, although no one noticed. Her sister's favorite Teddy Bear was missing. And so at age 13, Persephone was on her own, even getting on pretty well. All she really needed was somewhere safe to be during the day when her powers were down and out, and otherwise she really only had to kill every now and then to feed herself. Well, soon enough Persephone found The Roses. To be entirely honest, she had nothing to lose, and her skills were an asset to the gang, so in the end Persephone joined them, another deadly member in an equally deadly gang.

(view spoiler)[Inspired by Corina, Fiend, Schuyler, Dyanne, Bella, Froot, Shad, and Ella. And a lot of others. It was made pretty quick and is pretty simple, so inspiration was drawn from almost everyone. (hide spoiler)]

Morrigan was always pretty powerful, even for a vampire. She could seem to bend the minds of her victims humans, though it came with a price. She was extremely weak in the sunlight, so had to only operate in the hours of darkness, and also was almost always bloodthirsty. She drank the blood of humans very frequently, and would kill them without thinking twice. She sometimes even manipulates men into thinking she's nice and a good person, then will drink until all of their blood is gone. At a young age, she joined the Huntresses, the oldest gang, and was there for so long and was such a loyal member that she became the righthand man - also known as the second in command of the gang. 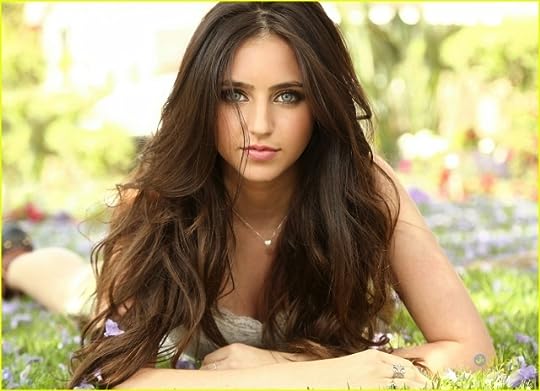 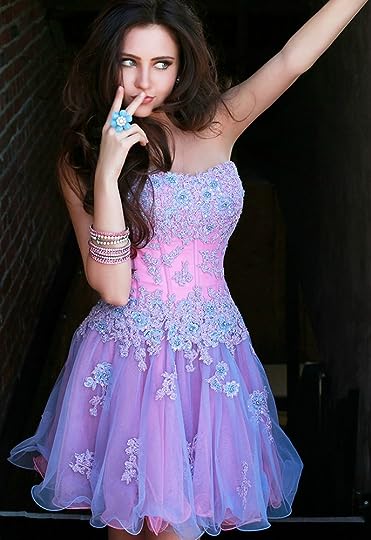 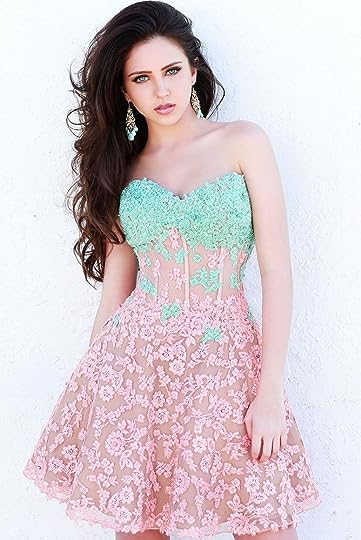 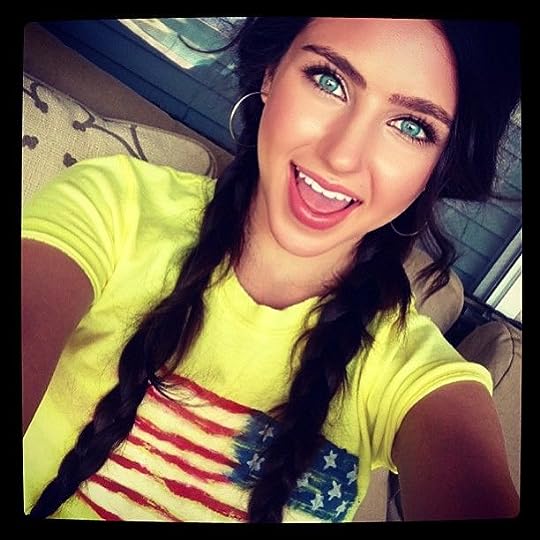 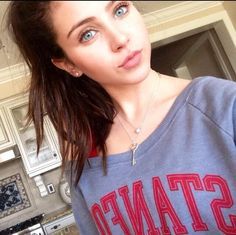 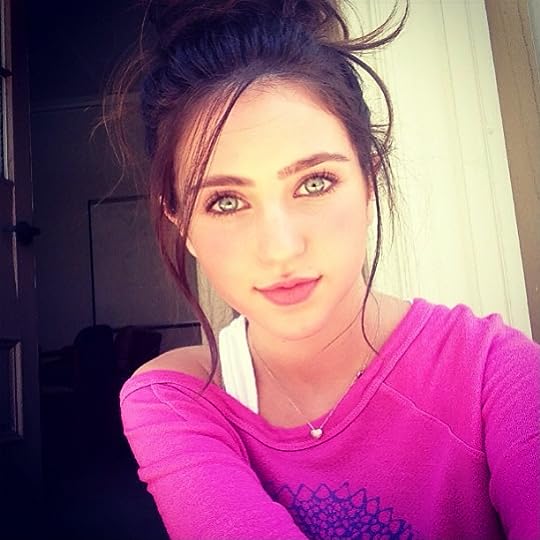 Valarie is a fun and playful girl. She loves to anger tease and get on peoples nerves. She's really good at lying and sweeting talking her way through things. She got a attitude that gets her and trouble and she can be unpredictable if plotting something. When in a fight, she gets fierce and aggressive. To sum her up, she's a girl who's hard to control. 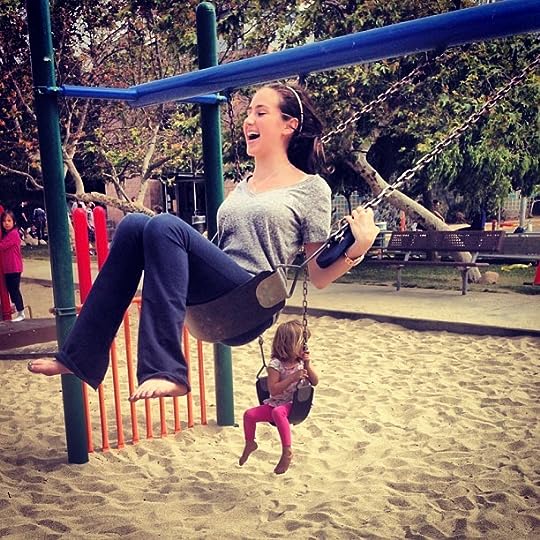 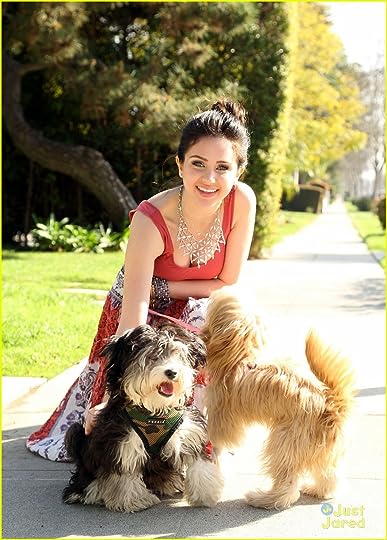 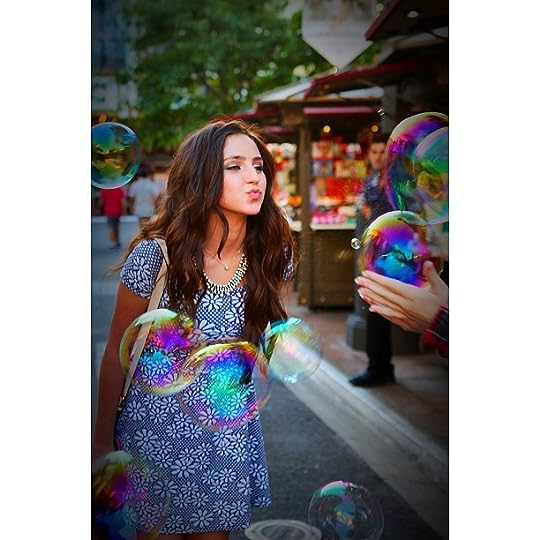 Valarie grew up in a rich and wealthy family. She was the only child so she was spoiled. She used to love it until when she was 8, she noticed that she had no freedom. She would ask her parents to go outside to play and they'd say no. Her home slowly started to feel like a jail. That was the same year when she ran away from home. Knowing that her parents would be looking for her, she changed her name and dyed the tips of her hair a different color. Later on she bought contacts that changed her eye color too. When she was 10, she found a group of girls who where trying to rob a bank that her father owned. Without hesitation, she asked if they needed help and gave them information. The girls asked her who she was and if she was alone. Valarie told them her alias and that her parents where dead then she was taken to the gang leader where she was recruited as a member of Rose.

Being able to run around

Anything that defies her parents

(Dislikes)
being told what to do

Having to go home

Getting kicked out of Rose

Approved, but can you talk a bit about her being a werewolf in the history? Thanks!

(view spoiler)[ My very second ever template; so no judging! I know its a bit long but I love adding information so yeah :p (hide spoiler)]

Before I can approve her, I'm sorry, but reading your character just made me uncomfortable. May you please put triggering things ( suicide, anorexia, etc ) in spoilers? Thanks, and sorry for the inconvenience.

alex wrote: "Before I can approve her, I'm sorry, but reading your character just made me uncomfortable. May you please put triggering things ( suicide, anorexia, etc ) in spoilers? Thanks, and sorry for the in..."

No, its okay. I should've done it before really