I suggest that the night before the first day of school, she finds herself in a pub where her friend's brother worked in and used the bar as an escape from her parents' fiery arguments at home. They meet each other there and they get a little too acquainted with each other, only to find out that he's the new teacher in her last period. The story continues on as we add plot twists and ideas to the story. (:

Haha yeah that works with me ^^ also college based?

Yeah, how much age difference are you comfortable with?

That's fine with me, and so let's use the basic stuff for our templates. Have any suggestions or ideas?

Also a brief history if you'd like so you won't forget some things for your character.

That works with me ^^ 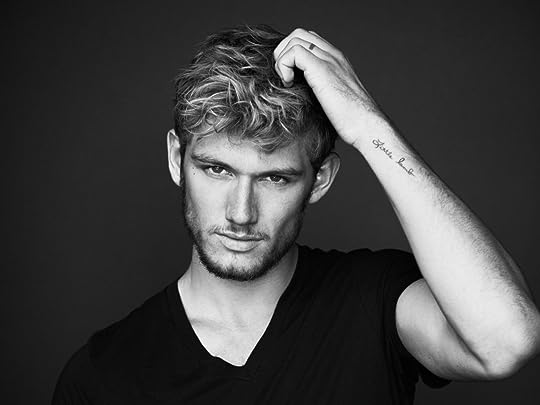 history:
has worked hard for everything in life
raised by single mom who had (and still does have) an alcohol abuse problem
originally wanted to be a comic book artist
settled for art teacher

his history is as brief as it gets XD just didn't have the inspiration to even make full sentences.

Aᴍʙɪᴛɪᴏᴜs. Pʜᴏʙɪᴄ. Cᴏᴍᴘᴀssɪᴏɴᴀᴛᴇ. Rᴇʙᴇʟʟɪᴏᴜs. Novak was born in the suburbans as a Chicagoan, her parents were an interracial couple whom immigrated from Europe after discovering her mother was carrying her. They eloped, bought a small home in a nice quiet community, and raised her there. Financial problems managed to dissipate the love and loyalty her parents once felt in over a decade and recently began fighting. On her eighteen birthday, being as ambitious as both her parents, she took a year off after her graduation from school to gain employment and saved half of her earnings to pay for the house and her first semester. Despite this, she is undecided on her career, as most pupils are, and decided to apply for a university near her home.

Haha I see that, I felt the same way and made it as short and brief as it gets for me. So the setting and story starts in their own houses or the beginning of class?

Usually when I'm in group RPs I do more detail but in 1x1s I just feel too lazy to do so XD hmm start at the bar scene? Or did it happen and now they're on their first day of school?

True true, and how about at the pub so we can get to know our own characters? I usually tend to stray from my character's personality and I'm trying to break that habit. xD Anyway, can you please start?

Sure. How detailed should I make it?

At least a paragraph, please, I'm not very fond of one or two liners. (:

(view spoiler)[got you there. When people post one liners it kind of makes me want to cry ;-;
Also sorry this took longer then expected to post (hide spoiler)]

What was he doing here, in a bar? This certainly wasn't Dillon's scene. Especially after watching his mom drink herself to sleep night after night. Nevertheless he'd been coerced in a celebratory drink for his new job. Honestly, though, it wasn't like it was his first job teaching. Perhaps it would be a good excuse to hang out with friends from high school, but he certainly wouldn't be drinking. He parked outside letting the engine idle for a moment before he managed to twist the keys out from the ignition. If it was his choice he'd just sit there all night, but as luck would have it his friends spotted him almost instantaneously. As they waved from inside he gave an awkward wave back as he formed what could only be described as a grimace. Making sure he had his wallet he locked up the car before heading inside.

In moments he was wrapped in a big bear hug from his friend Parker. Laughing he threw him off before greeting him like a normal human being. It was apparent that he came her often when he shouted out: "Hey Devon, one beer for my friend Dillon, here." The bar keeper nodded his head before welcoming Dillon with a smile as well. As he observed the crowd he smiled before he caught up with his old friends. Nothing much seemed to have changed with their lives.

(view spoiler)[ Exactly! Especially when they just post "He smiles." "She blushed." - like dude, please. I was about to post instantly after you posted this but my phone died right when I was about to do it. -.-* like c'mon. (hide spoiler)]

Tightening her bare arms around the front of her waist in attempt to keep warm in the cool night air, she quickened her pace and kept her eyes trained on her surroundings. In her frantic process to escape her house to avoid being caught in the midst of her parents' fiery argument, she'd forgotten to grab her jacket and left the house in her white camisole top and dark washed jeans. The pounding of her heart had not slowed down since she first witnessed the first violent action her mother inflicted on her father, as it always did for the past six years when their marriage first began up crumble apart. Taking a deep breath and exhaling the gust of air through the small space between her teeth, she felt relief as she caught sight of the bright neon signs of the pub that stuck out like a sore thumb prominently against the dimly lot streets of Riverbend road.

The small amount of distance between her and the bar felt cold and long. When she finally pushed open the door, she knew it was worth the half hour walk, and breathed in the welcoming vague smell of cigarettes and cinnamon. One of her friends' brother was the owner of the bar and he always greeted with with open arms - aware of the problems that rose in her family daily and sympathized her. She hated being sympathized, yet she was grateful for his. This place has become her refuge since it started.

Emily's tense muscles loosened and she sauntered toward the main bar that took up half of the vast room, where a familiar ebony haired man was pulling flamboyant tricks in front of a small group of women. He didn't take notice of her until she slid into one of the seats in the middle, struggling a bit to get on it due to her short height. “Linda,” he turned his head toward her, his light hazel as bright as his smile. She returned the smile, unable to stop herself upon hearing his foreign Spanian accent that strongly distinguished him from most men in this town.

(view spoiler)[one of my pet peeve's for my own writing is starting the sentence with he/she, but sometimes it's just a struggle not to DX haha that sucks, but it's all good. Honestly the only time I let my own phone die is when i'm home. Quick question should they be in the same party she just has no idea what it's for. Or they start up a conversation? (hide spoiler)]

(view spoiler)[ In my style of writing, it's inevitable because I like the suspense of not knowing the character's name until the middle or end of the paragraph. Sorry about that haha ^.^ How about the latter?)) (hide spoiler)]

(view spoiler)[you're good XP it's just a thing about my own writing I don't like, but it's always unavoidable. In others I don't really notice. And the later works. I'm doing something for school at the moment but I'll reply later tonight (hide spoiler)]

(view spoiler)[ I forget that some people have already started school, okay, I'll leave you to it. Good luck! (hide spoiler)]

(view spoiler)[nuuu I start school next Monday ._. I just have a lot of AP work to do, so that will probably leave me only an hour or two on GR's tomorrow. But this weekend I should be on a bit more <.< though the family will probably tell me to go outside (hide spoiler)]

"Ah, so shall we now refer to you as Mr.Maverick?" A friend asked clapping him on the back. Dillon had to refrain from rolling his eyes at the silly question. This wasn't his first teaching job. Recently though he'd been offered a place at the university near by. With a better paying job and the promise that he would never have to pretend that finger painting with seven year olds was fun how could he refuse? Still he told himself to ignore it. He could barely recall this guys name anyways, and he was probably just a friend of a friends. "Guess so." He said with a much too thought out and over-enthusiastic head nod. And luckily that was all he had to say for him to move on. Hmm.. maybe Dillon would need a drink if he was going to get through so much as one more hour here.

The minutes dragged by slowly as he was forced into awkward small talk with the people around him while he tried retaining what few optimistic feelings he had about the night. So far he'd yet to catch up with any of his friends, and most of the people were hammered before he so much as arrived. Eventually he realized that he hadn't exactly gotten that beer that Parker requested for him earlier. Excusing himself from the crowd he ended up at the counter. Tucking his arms underneath him he looked at the menu, not even knowing what half of these drinks were. "What the hell is a is a B.A.F.?" Dillon asked no one in particular as he sounded out the words. Sticking to the classic beer looked to be the only option for his uneducated self.