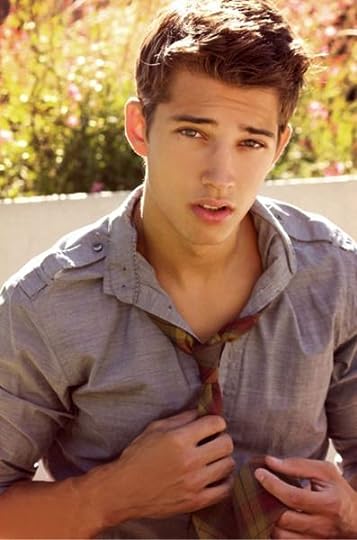 Personality: Will is very smart and tends to rub it in everyone's face, though not on purpose. He sometimes over analyzes things. Will is very protective of his younger sister. He's kind and caring.

Family:
Isabelle Zalani; mom age 37
Isabelle is caring, but also strict. She is willing to discipline if needs, but nothing to harsh.

Warren Elliot Zalani; twin brother age 19
Warren tries his best to come off as fearless. He hates showing weakness or being afraid.

History: William was born on June 14th ten minutes after his twin brother Warren. His parents were 18 and 20 when they were born. When will and warren were 10, their younger sister, Lucy was born. Will always had a stronger connection with Lucy then Warren did. He was very protective of her and helped her learn to read and write. When will was 14, his dad just snapped, probably from stress. He became angry and became physically abusive, mostly towards warren. Will did his best to keep Lucy out of it. When he tried to stand up to his dad and defend his brother, his dad started hitting him, too. When the choosing ceremony came, Will chose Erudite. He was happy to get away from his dad, but also felt guilty leaving Lucy, so he asked Warren to take care of her.

Fears:
- his dad
- Lucy getting hurt
- not being able to protect Lucy

Likes:
- being away from his dad
- reading
- protecting his sister

Dislikes:
- leaving Lucy in dauntless
- his dad
- being wrong

Weaknesses:
- not strong
- tends to over analyze
-