Mod
Meet Sarah Masters
Sarah Masters is a multi-published author in three pen names writing several genres. She lives with her husband, youngest daughter, and a cat in England. She writes at weekends and is a cover artist/head of art in her day job. In another life she was an editor. Her other pen names are Natalie Dae and Geraldine O’Hara. 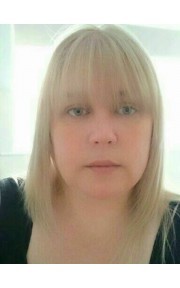 Mod
Let’s start with the basics…

When did you write your first story and what was the inspiration for it?


My first? Wow, we’re going back some years! If we’re talking short stories, the first was when I was seven. If a novel, I wrote my first in 1998 after my fourth child was born. The inspiration for that was my obsession with World War II and the romance books I used to read about it.

Do you have a writing schedule or do you just write when you can find the time?

I used to have a schedule—every Saturday for ten hours without fail. Sadly, the urge to write isn’t upon me these days, so I tend to get a chapter done on Saturday mornings then walk away.

Briefly describe the writing process. Do you create an outline first? Do you seek out inspirational pictures, videos or music? Do you just let the words flow and then go back and try and make some sense out it?

One line or an image will spark off the idea for a new book, then it’s a case of sitting at the desk and seeing what comes out. I have no idea 99% of the time what will happen—it’s all news to me!

Where did the desire to write M/M romance come from?

I find writing M/M is so much easier. I don’t feel I have to constantly compare myself to the heroine and wonder if I’m failing in some way because she’s so beautiful and kicks arse and all the other strong things heroines do. Also, my heroines have great boobs and I seriously don’t measure up. With M/M, I’m free to just write about my blokes without anything else filling my head.

How much research do you do when writing a story and what are the best sources you’ve found for giving an authentic voice to your characters?

The voice is whoever my characters want to be. I just let them get on with it. Research — I only do that if I really have to. I prefer to see things through my character’s eyes and how they perceive them.

What’s harder, naming your characters, creating the title for your book or the cover design process?

None of it. All that kind of thing comes easy to me.

"How do you answer the question “Oh, you're an author...what do you write?"

You want to know the truth? I usually say I write about sex. Get it over with from the start, you know? At least that way, if they’re disgusted, they can walk away and I don’t have to deal with them again haha.

What does your family think of your writing?

My whole family knows what I write—they are behind me 1 million percent.

Tell us about your current work in progress and what you’ve got planned for the future.

Hmmm… I’m writing Voices 8, Leaving, at the moment. As for my other projects, they can remain hidden for a little while.

Do you have any advice for all the aspiring writers out there?

Learn, learn, learn—all the time. Don’t think you know it all after a few books. You don’t and never will.

If you could travel forward or backward in time, where would you go and why?

Forward—the past is the past for me. I’d maybe have a peek to see how things are hanging a few years from now. But not my boobs. I know they’re going to be hanging even lower in a few years. Wail.

We’ve all got a little voyeurism in us, right? If you could be a fly on the wall during an intimate encounter between two characters, not your own, who would they be?

Erm, I wouldn’t be a fly on the wall in that kind of situation. I’m a great believer in what happens inside the bedroom is a very private and special thing between two people. Me being a stinky old fly on the wall violates their privacy and I’d be highly uncomfortable with that.

If I were snooping around your kitchen and looked in your refrigerator right now, what would I find?

I have two fridges! In one: water, salad stuff, orange juice, cheese, butter, full vegetable drawer, bacon—got to always have bacon—an opened bottle of white wine. In the other: cans of soda and other soft drinks.

If you could be a superhero, what would you want your superpowers to be?

It’s an eye-roller and unoriginal—the ability to create world peace.

If you could trade places with one of your characters, who would it be and why?

Um, I won’t answer that one. Too private!

If you could sequester yourself for a week somewhere and just focus on your writing, where would you go and what would the environment be like?

I’d be at home in my office. I’m not a traveler and have no desire to be anywhere really except at home.

What's the one thing, you can't live without?

My husband and kids.

What internet site do you surf to the most?

If you had your own talk show, who would your first three author guests be and why?

Stephen King—because he’s amazing and I’d like to pick his brains.
EL James—because I’d like to hug her for opening up the floodgates for erotica authors.
Lily Harlem—because she’s awesome and we always have such a great laugh when we’re together.

When you got your very first manuscript acceptance letter, what was your initial reaction and who was the first person you told?

With my first novel, I felt sick, shook all over and, like so many new authors, I thought I’d become a millionaire. I told my husband, who also thought we’d be rich, and as I recall, we spent most of the night talking about what we’d spend the money on after clearing our debts. With my first acceptance ever, which was a poem in a children’s magazine, I was super excited because it won my kids a Sega Megadrive!