Heh sorry for the long wait.

I wasn't getting up dates on the request thread.

Haha right? anyway thanks for agreeing to do this with me.


1. A girl who the student body president all four yers of high school her senior year she reconnects with a childhood friend and he happens to be a football star. His team dared him to ask her out, so they started dating and everything and he actually really falls in love with her. However his father found someone for him to marry because his father doesn't like her at all in fact she comes from a really bad background. However she ends up getting pregnant by him but she also heads up having cancer and it's either do the treatment and kill the baby or don't do the treatment and have the baby. She wants to have the baby because he basically broke up with her because his father was breaking them apart. However when his friend tells him your girlfriend has cancer and is pregnant you need to talk to her. So he trys to talk her out of having the baby so she could live. However she doesn't want to live if it means not having him.

2. Girl A and Guy A have been dating since Middle School, both are Seniors in High School now. Girl A's family is very loving and caring, though has it's flaws. Guy A's family isn't the best to have, but he never complains about it. The people that he lives with are loving and all, plus he has Girl A there for him. But Guy A has a disease. (AIDS, diabetes, cancer, whatever wanted) And with so many children to care for at home, it's hard sometimes, and his time may soon be running out. After his passing, Girl A feels like she can't ever find another person, and she stays away from most people now. A few years pass, and she meets Guy B who is a single father. They grow closer, but Girl A is still very, very cautious of ever letting another an back into her life, not wanting to experience anymore heartbreak

3. Two girls are best friends they always have been. One day they go to a little festival having their futures be told for free. One has really good luck (Girl A) the other not so much(Girl B). One day the girl B goes to school and girl A isn't there, then her car breaks down and when she gets out she's attacked by guy A however guy B saves her, he then realizes she's the long lost daughter of a king and Queen. However life isn't all it seems is it?

4. A rich man marries a young beautiful girl and after about a year or so of not being intimate at all the girl ends up cheating on her husband with her best friend. When he finds out instead of leaving her or being angry with her that anger turns into passion and they have a very healthy and passionate relationship.

I've only did number four once we didn't get very far though.

It doesn't matter to me we can do number four if you want.

my boyfriend had to make the choice for us considering you or I know which one to do. He says number 1 or number 4. Haha

Could I possibly be the girl. I know that's annoying to hear.

Yeah do you do detailed characters or simple ones?

is there something else you want to add? 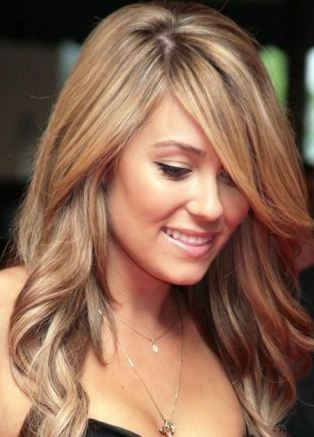 ((So is Ian her husband? sorry thought I would ask))

Of course the sunlight came through the window waking her up, of course she remembered everything that happened last night. Was she suppose to happy with herself or not?

Willow looked down at her hand that had the ring on it. Did she really say yes to him, she couldn't believe it, it all felt like a dream yet there was that rock there on her finger to prove it that yes she had indeed said yes.

After getting dressed he sent a text to Willow telling her to meet him at the coffee shop near her house. He wanted to start planning as soon as possible. Most importantly he wanted to ask her to move in with him.

Willow had looked at the text message and then looked back outside. She gave a small smile as it was nice out almost like the sun was shinning on their beautiful life. She messaged him back saying she would, she then got into the shower and got ready. Afterwards she got dressed and did her hair and make-up it was all a natural look, she was soon ready to go.

Willow soon walked downstairs, she wouldn't have to drive her car there considering it was pretty close not that far of a walk, so she just started on her way there. She soon got there and wondered if he was waiting for her inside or something she didn't really see him anywhere.

reply | flag *
message 43: by [deleted user] (new)
Aug 23, 2015 10:20PM
Ian had always liked this little shop. No matter what time it was, it always smelt of fresh pastries and coffee beans. He took a sip from his coffee cup and waited for Willow.

Willow walked into the coffee shop and soon found him sitting down and drinking coffee already. She then gave a small smile to him as she saw down across from him.
"Hey love."

"Hey, were you waiting long? "
She asked him as he held her hand she really hope he wasn't but she wasn't sure.

"Oh uh that's good and thank you sweetie. So why did you want to meet so early and here?"
She asked him as she looked at him, she wasn't sure what he wanted.

reply | flag *
message 49: by [deleted user] (new)
Aug 24, 2015 02:32PM
"I wanted to start planning the wedding right away. I want to know exactly what you want for it. You can have anything you want." He said excitedly. "As for why we're here, I just love it here. And it's not too far from you and I know how you like to walk instead of drive."

"Yeah I do, it's better for the environment that way. As far as the wedding how many people were you thinking about inviting? When did you want to get married anyway?"
She asked him as she looked at him, she was super happy with him actually it was amazing how he had made her so happy.