Should we make characters first?

reply | flag
message 2: by [deleted user] (new)
Aug 23, 2015 04:24PM
Uhm I was thinking we could just make up our characters in our first reply?
Like we describe their appearances and stuff and go into background as we go-
Maybe like they just wake up and it's morning and we learn more through the first couple replies??

>.< eh. I prefer to at least have appearance as I'm horrible at describing what people look like if I don't have a particular person in mind

reply | flag
message 4: by [deleted user] (new)
Aug 23, 2015 04:47PM
Okay that's fine!
I'll describe her again too but this is what I imagine she'll look like:
http://m.lovethispic.com/image/150257...
Just longer hair; bleached blonde; and no tattoos- though she may have a few small finger ones idk
Her name is Brianna Sykes and she is a photographer :)
I'll go into more detail later :))) 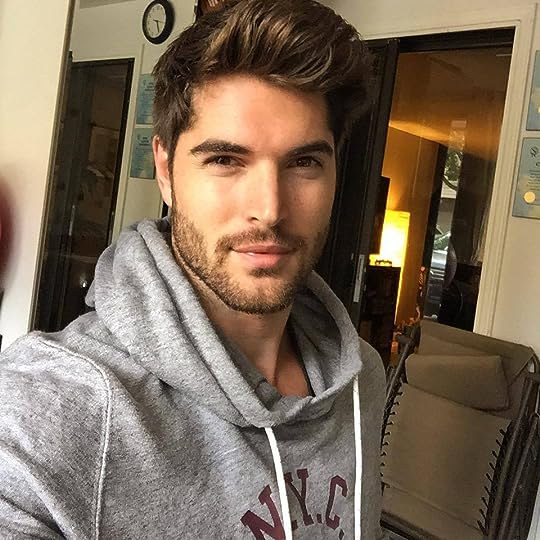 https://mjshochat723.files.wordpress....
Here's my guy he'll basically stay the same. His name is Nick Bateman and he's a model =P

Is she by chance related to Oliver Sykes or no <.<?

reply | flag
message 7: by [deleted user] (new)
Aug 23, 2015 05:08PM
DAAAAAANG HOTTIE too muuuuch
And I may or may not have been looking at my bmth poster when I came up with that name lol
OKAY WANT ME TO START

Haha ohhhh that's her name for the RP XD for a second there I thought that was her real name. I'll have to change his 'cause he is Nick Bateman. Also I'm thinking he's still in school to become a nurse but works odd jobs when he can.

reply | flag
message 10: by [deleted user] (new)
Aug 23, 2015 05:14PM
You can have his name be that if you want tbh I'm just not creative / cool enough to find actual celebrities or anything cx
But okay! I'll write it up then send in a few minutes~

reply | flag
message 11: by [deleted user] (new)
Aug 23, 2015 05:21PM
Early.. Too early. Sunlight filtered in through the curtains, shining in different places depending on what angle the light slid in. It was surprisingly cool out- fall was beginning, though only just barely. After all, yesterday was so hot during the day you could likely fry an egg on the sidewalk. But not today.
Today was different.
Brianna sat up, groping for the blankets through the groggy fog that fell over her eyes. It was Saturday, thankfully she didn't have work or she'd have been up hours ago. That was why she loved the weekend, she got to stay in her nice, soft, warm bed..
Though after closer examination of the sheets, this was not the normal place she loved to sleep. Not.. Not at all.
After she realized she was buck naked and there was someone in the same state beside her; she held her breath. Oh.
She stared over his shoulder, trying to get a good look; for he was laying facing the other wall. Who was this stranger? Hopefully not a work friend.. Or this would be very awkward. She eventually laid back down, unable to determine who he was due to too many pillows in the way.
She nibbled on the edge of her thumbnail, staring at the wall. God.. Waking up in a stranger's bed was the 'best' way to start the morning.

Being a light sleeper it didn't take much for Esra to wake up, so it was no surprise when he felt a small shift in the bed his eyes shot open. "Mat-" He stopped himself, just barely from saying his sons name as he looked over towards the body that was slouched against the headboard of his bed. Well, at least he knew one thing. He was indeed in his own bed. As for who was laying across from him he had no idea.
In a gradually slow manure he sat up, doing his best to ignore the slight pounding in his head as he tried to put together pieces. At the moment he could barely even come up with a name for the girl beside him. Somehow he had managed to avoid eye contact as he threw the blankets off his body before his gaze widened. Oh God, he was naked... in bed... with a girl. Not to say this was uncommon. He'd been in bed with a girl or two before, but not lately. And usually he could remember the experience. In hopes of remembering he closed his eyes before peering over his shoulder to look at the girl, while subtly pulling the blanket back over his legs. Not to say he was embarrassed of his body, but he figured it would ease some of the awkwardness.

reply | flag
message 13: by [deleted user] (new)
Aug 23, 2015 07:02PM
Feeling the movement of the bed she sighed in slightly relief- at least he was awake and she could leave without being rude.
Sitting up, she felt the blankets slide off her figure. She didn't care much- after all, they would never see each other again, she was sure.
She stood, stretching and running her fingers through her short, bleached blonde locks (I decided to keep her hair the way it is for now). She turned back to face the bed and put her hands on her hips, searching around for her clothes. Uhm.. She felt her cheeks heat up slightly; she felt alittle gross, which was different from when she usually hooked up with someone (which was rare.) Maybe she could shower or something, but.. "Uhh.. Hello?"

The way she said hello immediatetely assured him that he wasn' the only one forgetting things. After all she coudn't even manage to recall a name. Esra stretched out his upper body, trying to keep his eyes from roaming her upper body. Carefully he got out of bed yanking on a pair of boxers and feeling a bit more decent.
"Hey." he said his voice still husky from just having woken up. Tiredly he raked his fingers through his hair. Maybe if she left now he could go back to bed and sleep off what was beginning to look like a hangover. "Breakfast?" He asked with a slow smirk before his eyes landed on something lacey at his feet. Esra leaned over before grabbing the bra and handing it over towards her with a forced laugh that didn't last for long.

reply | flag
message 15: by [deleted user] (new)
Aug 23, 2015 07:12PM
Brianna felt her cheeks glow even brighter, quickly taking the bra and sliding it on. At least it was one of her nice ones- most of hers were cheap tshirt bras and that would not have left a very good impression. She found her panties as well, sliding them on before looking up at him with a weak smile. "Food would be great, thank you." She also searched around for anything that resembled hers- a tshirt, jeans.. What was she even wearing lag night? Was it bad that she couldn't remember?

All Esra could manage to recall was that his son was at his sister-in-laws. He'd handed him over saying he had a long night of work when in reality he was planning for a night with the boys. Turns out a night with the boys wasn't exactly with the boys. He threw on a pair of sweats, not bothering with a shirt as he made his way over towards the kitchen. "Eggs, or Waffles?" He called out over his shoulder before opening the fridge. "Nevermind you have no choices. Looks like it'll be scrambled eggs. Or do you prefer sunny-side up?" He asked light-heartedly. Maybe after a few minutes he'd be able to remember her name and a bit of the tension in the air would leave.
Stretching his hand into the fridge he grabbed the carton of eggs before setting them out on the marble counter. Before he began to cook he reached for the ibuprofen that stood on the counter as well as a glass of water.

reply | flag
message 17: by [deleted user] (new)
Aug 24, 2015 02:04AM
Brianna stepped into the kitchen after finding a random tshirt on the ground- she was starved and honestly didn't care that this wasn't even her shirt. "I'll just have whatever you're having," She shrugged, sitting down at one of the barstools. She stared at him with curiosity, just trying to place who he was or at least his personality type. Oh well.. Obviously, she'd just have to ask if she really wanted to learn anything about him. "I'm.. I'm Brianna, by the way. I don't know if I ever introduced myself."