What age they became a zombie

How they became a zombie

Clearance level: *Class- Level 20 /highest clearance, he is on par with the red queen as in control./

Job: He was a test subject that became the thing umbrella wants to end the most. 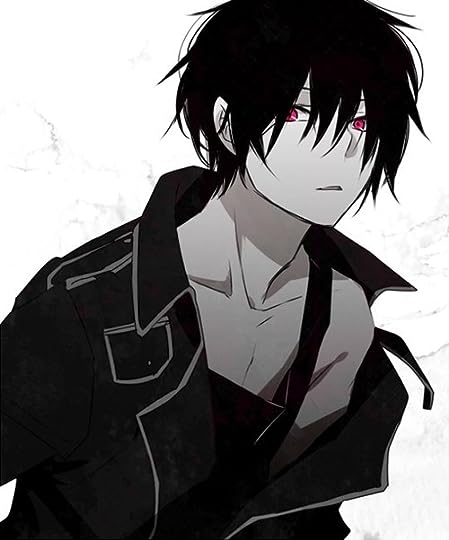 Face Claim: He has a face that is easily forgotten
Eye color: His left one is red while the other looks like coding in a computer. It changes colors randomly.
Hair color: He had pitch black hair.
Height: 5'9"

Personality: Project Valkyrie created his own personality after the umbrella team forgot to lock him in his cell. He has that of a quiet personality, so he doesn't talk much besides to the one person that was his friend even after the infection. The Red Queen, she was one of the few that freed him and gave him freedom. Though she did try controlling him, he still doesn't hate her.

History: Project Valkyrie, it was a top secret project in the umbrealla corp. Not surprising i know, though this was one that they were combining the g-virus. With the c-virus, they went through many of subjects until they came upon a little boy. He was one of the previous subjects sons. Though unlike both his parents who died, he survived. The g-virus, and the c-virus blended together abd formed a new virus. They called it the valkyrie antidote to make it sound good. Because of the two viruses coursing through valk's blood, he could be biten as many times as he wanted. It also reduced his aging to a stop when he turned twenty one. This is when he first meet the red queen, she would always talk with him during his free time filling his head with information on the compound and new of the outside world. A few months later was when they had thier first lock down. A sceintist working on something ended up turning into a zombie as valk was being esvorted away, the red queen looked at him and winked as he used the chance to escape. Though he felt a prickling in the back of his head. He snappd the guards neck letting the zombie turn the two guards as he rand for his knives that they had found oht were his signiature weapon. He had ended up slaughtering his way out as he was nearing the exit he felt the ptickling again and lookdd back. He noticed the red queen was glaring at him. He realised that she was trying to control him. He sighed as he threw a chair threw the panel as the red queen disappeared. He would turn to find himself at gun point abd amiled as a horde of zombies would attack them. Giving valk a chance to leave, and that he did. He has been traveling from umbrealla corps facilitys over and over.

Likes:
~The Red Queen.
~The truth behind why he was created.
~For someone to give him free food.
~The night so he can truely hunt prey.
~Killing people related to his parents death.
~The White Queen.

Strengths:
~Hand-to-hand combat
~His skill with his knives.
~His eye sight in both bright qnd dark places.
~His sense of smell.
~assassinations
~His trust in the red abd white queen.

Weakness:
~His hearing is bad so sometimes you have to yell at him.
~He is a terrible cook.
~He can't read any type of book, though he can read maps and signes perfectly.
~Some of his decisions are bad or terrible.
~He doesn't know when to quit.
~He is a stubborn mule.

Talents:
~His eye sight is far more greater then that of a hawks.
~His snese of smell is greater then that of a mastif purbred bred for the hunt.
~He is excellt in arobatics.
~Hiw brain works faster then anything so he can see ans think faster then anyone else.
~He can't be turned into a zombie.
~His body is icredibly flexible and light for him weighing two hundred pounds.

Powers:
He can summon the use of fire when every he needs it. He can see through walls and into things and he can determine what needs fixing right of the bat. He can also move much faster when his mind is focused on one object.

Mod
Project Valkyrie is totally bad ass :) So do you want me to create a character to be like his fiend?

i don't know, he is actua.ly going to create symbionic bodied for the red and white queen 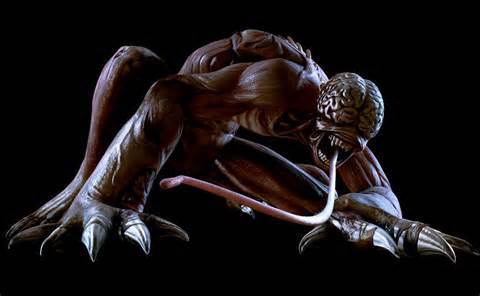 pure black in color
How they Became a Zombie: he was created
Powers: telepathic communication with Dakota, special connection with Dakota
Other: acts more like a dog then the others

What age they became a zombie: 19

How they became a zombie: Tripped and fell on a Dead Zombie and the zombie's teeth pierced his shoulder.

Powers (only four):
1. Bullet Attract: During an experiment his Skeleton became a powerful Magnet which attracts bullets, knives etc.
2. Temporal Relocation: when he's killed he travels through time, back to the point where he was killed and gets killed again and again, until the person killing him dies of old age
3. Existence Nullification: People around him never gave two shits about him, its like he doesn't even exist.
4. Invisibility against Camera/Promotion: Was never ever seen in any movie, game, poster, Goodread's thread etc.

message 10: by The Great and Powerful Matt Addision~ Spy; Liberty Valence~ Gunslinger; Speed Racer~ Driver; Project Alice and Leon S. Kennedy~ Zombie Slayers , Puppini Sisters - It's not over, so don't give up the fight (new)
Oct 16, 2015 07:31AM