(( Try out this template it's more advanced but you don't have to put gif's and quotes if you want. ᴄʀᴇᴀᴛᴇᴅ ʙʏ J-Iᴄᴇ/Jᴀsᴍɪɴᴇ. ))

Mod
Thank you! Yours rules! :)

This is the main needed

(Strength and weakness is optional.
They may also have two powers, but can’t be to powerful.)) 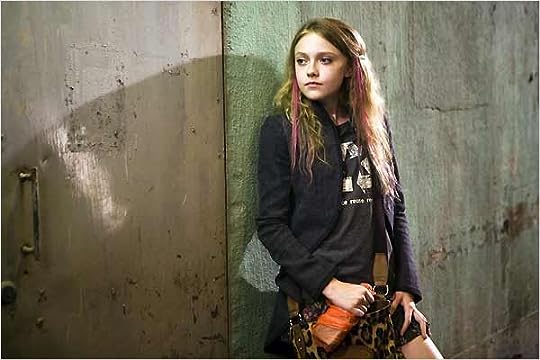 Family: Skye (Mother Figure, lives with her)
Friends: Open
Gift: She can communicate with the Lickers Telepathically and control them
Personality: Shy, won't talk.
Other:

message 4: by The Great and Powerful Matt Addision~ Spy; Liberty Valence~ Gunslinger; Speed Racer~ Driver; Project Alice and Leon S. Kennedy~ Zombie Slayers , Puppini Sisters - It's not over, so don't give up the fight (new)
Aug 25, 2015 08:12AM 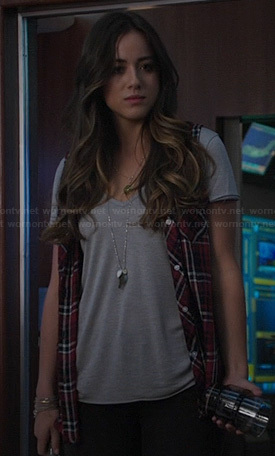 Sweet, yeah sorry, I was using Skye without making her first.

message 8: by The Great and Powerful Matt Addision~ Spy; Liberty Valence~ Gunslinger; Speed Racer~ Driver; Project Alice and Leon S. Kennedy~ Zombie Slayers , Puppini Sisters - It's not over, so don't give up the fight (new)
Sep 07, 2015 09:03AM

▪▣▫History▫▣▪Adeline had a happy child hood she lived with her family and had a brother 2 year older than her (They where best buddy's). When the t-virus spread her family was able to get away but when they where asleep the zombies killed her parents. Adeline and her brother where able to escapee, but then later on he sacrificed himself to save her. The only reason she lived on was to avenge her parents and brother.

▪▣▫Personality▫▣▪Adeline does not trust people easily. She will try to save your life even though she doesn't know you.

reply | flag *
message 9: by The Great and Powerful Matt Addision~ Spy; Liberty Valence~ Gunslinger; Speed Racer~ Driver; Project Alice and Leon S. Kennedy~ Zombie Slayers , Puppini Sisters - It's not over, so don't give up the fight (new)
Sep 07, 2015 09:03AM

Appearance: https://s-media-cache-ak0.pinimg.com/...
Face Claim: Emily Browning
Eye color: Blue-Green, but her eyes change when she is being controlled. They turn into the Umbrella's logo.
Hair color: Blonde
Height: 5'1"

Personality: She used to be a sweet girl who loved her sister with all her heart. After Dolly accidentally shot her sister, Dolly became bitter and envious of any kind of affection shown. Even if it was the smallest king of affection like acknowledging another person. She blamed herself for Demi's death and wants revenge. Not only will she kill Gabe, she would mess with anyone just to do so.

History: Dolly lived a normal rich life with her family until her father had a heart attack. He used to work for Umbrella, but apparently had a heart attack the moment he sent his resignation. Her father did not agree with testing their viruses on living people, but little did he know that the shot that Umbrella gave him would instantly kill him if broke any rules. Umbrella paid off Dolly's doctors and it was labeled as just a heart attack, all traces of the poison released was written off. After her father's death, out of depression her mother remarried a man who was only after the money. Once he got proposed to Dolly's mother and married her, he added a huge quality of peanuts and she died. Gabe expected to get all the money, but in his wife's will it all went to her children. Loosing his anger and drunk, Gabe went to his step children's room to rape them. Frightened, Dolly grabbed the gun for emergencies and aimed at her stepfather who ducked. It shot her sister and Dolly fell to the ground in screams. Gabe instantly called Umbrella and had her sent away. Since her father used to work at Umbrella and her Stepfather works there, Umbrella trained Dolly as a weapon. When she was locked in Umbrella, Dolly met a guy in the cells who was being tested on with a new virus. She got to know him and become acquainted but that all ended when Valkyrie bonded with the Red Queen. She became jealous the Red Queen was helping him and wouldn't help her. Dolly still didn't hate him until the Red Queen helped him escape. After that, she wanted him died but never could hurt him enough. He was too strong for her, too powerful, but it never stopped her.

Likes:
~Demi (Now deceased)
~The power to frighten people
~The White Queen
~Freedom
~Memories of Demi before her death
~Pears

Weakness:
~Envious
~Reminder of Demi's death
~Never plans or thinks ahead
~Craves for revenge
~Greedy for power
~Will never pass a fight even if she is seriously wounded or weak

Power: Communicates with the dead. She mostly only speaks to her sister, Demi.

reply | flag *
message 11: by The Great and Powerful Matt Addision~ Spy; Liberty Valence~ Gunslinger; Speed Racer~ Driver; Project Alice and Leon S. Kennedy~ Zombie Slayers , Puppini Sisters - It's not over, so don't give up the fight (new)
Sep 07, 2015 09:23AM 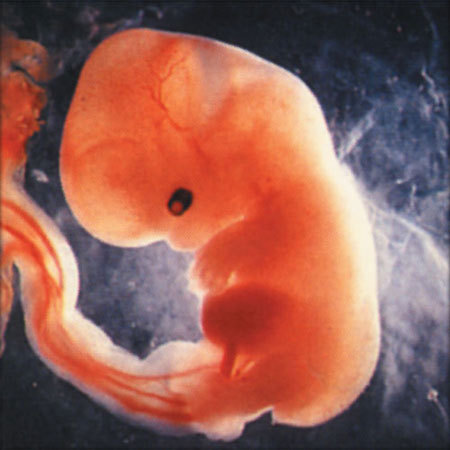 Mod
Sorry, I thought this was approved already. So...
Approved!

Mod
Name: Sarafine
She doesn't have a last name nor does she know her real name. When her and her sister where five they named themselves.

History: Sarafine and Eragon spent their whole lives moving from orphanages to orphanages unwanted. When the virus spread, they took off into hiding and found a place where they can call home.

Personality: Like her sister, Sarafine has most would refer as the perfect manners. She is formal in dressing and speech as she is elegant. She is also a awfully cheerful girl and is rarely seen otherwise. Due to her history, Sarafine is quite insane too. Her thoughts and actions sometimes don't make sense and are odd to others (maybe).

Powers: Move objects with her mind and can hover off the ground or objects.

Weakness:
~ Physically weak - Cannot even lift half her weight
~ Poor eyesight - Aim will be off slightly without glasses
~ Does not understand modern technology and slang

Fears:
~ Loosing her sister
~ Her powers disappearing one day
~ The ocean

Mod
I approve myself.

•Clothing- Eragon where the clothing on the left. https://s-media-cache-ak0.pinimg.com/...

• History- Her and her older sister lived at an orphans, they bin traveling to different orphans since they where five. They never new their names, so they picked one for themselves.

• Personality- They have the perfect manners, their happy, formal, insane, and elegant

•Power: moving things with their mined and shrinking.

Mod
I approve you!

▪▣▫History▫▣▪
He never wants to talk about it because of the god damn T virus.
▪▣▫Family▫▣▪
They are all dead.
▪▣▫Personality▫▣▪
He's a sweet and kind and he can be serious and strong guy. He makes sure others are safe first before he looks to himself. He does have an additude when he gets mad but can slowly calm down when it comes to the others around him.
▢▩Notable Traits▩▢
⇢ His want to save others.
⇢ he never leaves anyone behind.
⇢

▪▣▫Weaknesses▫▣▪
♟His big heart.
♟ His want to save everyone he can.
♟ his past.

◌◎Other◎◌
His powers are claws that are made from his fingernails. https://www.google.com/imgres?imgurl=...
He can speak in straight English, Spanish, French, and Germen.

Mod
Yeah go ahead, as long as you have their; Name, nickname, age, personality, history, power(two only), weakness, and strength.

• History - He grew up as the only child, his father would always teach him how to fight. Albert always thought it would never come to handy, but he never refused to learn. One day when he and his family where asleep he heard his mother screaming, only to find out that zombies where eating her. He had killed all the zombies and his dead parents then left his home. After that day, Albert searches for a new home to try and live a normal life, but knows that’ll never happen in a world like this.

• Personality - He is calm, willing to befriend anyone, is really easy going, listens to people talk but once you brake the ice he is talkative

• Strength - combat fighting, he could fix any car or anything, good at hiding if he wants to, he is great at shooting bowen arrows.

• Weakness - he trusts people, he is allergic to peanuts and chocolate tho he always loved eatign chocolate,

• Nickname - Doesn’t have one

• Personality - She hates talking to people, is very secretive, she is a loner,

• Historty - She was raised in an orphanage, and learned not to love anyone. It saved her from getting hurt so many time. Agatha was never adopted, and when the virus spread she was able to leave. She lives day by day, and knows how to throw a good punch. She hopes to learn how to properly fight, but never trusted anyone to let them teach her

reply | flag *
message 26: by The Great and Powerful Matt Addision~ Spy; Liberty Valence~ Gunslinger; Speed Racer~ Driver; Project Alice and Leon S. Kennedy~ Zombie Slayers , Puppini Sisters - It's not over, so don't give up the fight (new)
Jan 13, 2018 10:14AM

• Nickname - Doesn’t have one

•History - Ariel was alone most of her life, her family always leaving her out of everything. She became really insecure and loved to be alone. One day she woke up to people screaming out side, only to discover her family had left her behind. Not knowing where to go, she left home and is trying to survive on her own.

• Personality - She is really shy and sheepish, she can’t hold eye contact for so long.

• Strength - Ariel knows how to hide and not drawl attention to herself. She could climb almost everything.

• Weakness - She doesn’t know how to defend herself from getting attacked. She always need her glasses on, if falls she won’t be able to see anything.

reply | flag *
message 27: by The Great and Powerful Matt Addision~ Spy; Liberty Valence~ Gunslinger; Speed Racer~ Driver; Project Alice and Leon S. Kennedy~ Zombie Slayers , Puppini Sisters - It's not over, so don't give up the fight (new)
Jan 13, 2018 10:14AM