Personality: Max is a odd guy who is often found talking to himself about the secret of electricity. Everyone assumes he is crazy. He is...but very deadly if you mention or try to stop him. Nothing can stop his determination to open the door covered in ivy. Nothing can stop him from fully understanding the secret of electricity. No one can stop his insanity. He does not communicate with people and when he does it sounds childlike since it's difficult for him. His trouble with social intelligent is because he is extremely smart that communicating with average people is like talking to a rat for him. His imagination is so strong and wild that it often creates things that control his dark side. It tells him if he follows without question he would finally open the door. Once he gets to trust you, he will follow you to the end of the world. This is both a good and bad thing. It's good since he will do anything to help you. The downfall is that he will use you a lot...he will use you for his experiments with his technology 'toys'.

History:He grew up just like any normal family and shared normal interests until his family's death. They died in a lab testing for Umbrella Corportion. It was accidental, but it drove him into a depression state. What brought him out of depression was messing with the technology. What drove him mad was that he never quit Umbrella, but conitued... Every day, he'll see his family in forms of mutants and would test them...make them stronger and stronger. He got so deep into his studies that his imagination and unconscious self took over his common sense and logic. 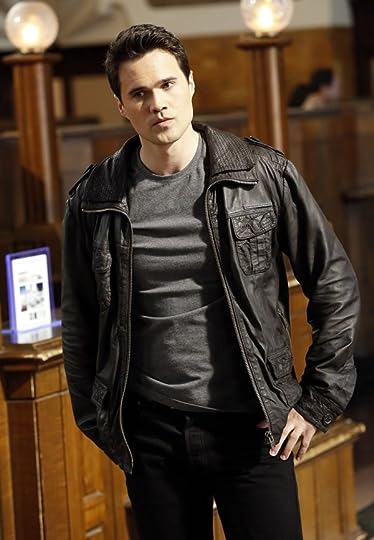 reply | flag *
message 9: by The Great and Powerful Matt Addision~ Spy; Liberty Valence~ Gunslinger; Speed Racer~ Driver; Project Alice and Leon S. Kennedy~ Zombie Slayers , Puppini Sisters - It's not over, so don't give up the fight (new)
Sep 12, 2015 12:22AM

Personality: Gabe will try to be someone special in your life to get everything you own, he is not a loving or caring person, he will do anything to get his hands in money even though it will destroy the world.

History: Gabe was poor when he was growing up, so each time he is able to get his hand in money he will risk his life for it. When Dolly's dad died he married her mom because they where very rich and he wanted all of it, so he created a little accident. Gabe killed her by feeding her peanuts hopping that her will left all the money to him, once he found out that she didn't leave the money to him he got very angry and tried to rape Dolly. Dolly ran into her room and closes the door, he knew she was a strong girl so he locked her in her room and when't after her little sister. Not knowing Dolly escaped and had a gun, he almost had her sister. When he herd a gun shot he ducked down to the floor and the bullet hit her sister. Gabe then was able to capture Dolly and send her to Umbrella, he signed all the papers saying that Dolly now belong to them and they could do anything they want with her.

Powers (Only two):
•Gabe can heal himself but only himself.
• He can see clearly in the dark.