note: This topic has been closed to new comments.
17 views
ᴀʀᴄʜɪᴠᴇᴅ ʀᴏʟᴇᴘʟᴀʏ ᴛʜʀᴇᴀᴅs > Roleplay - Inside the Palace - Palace Prison 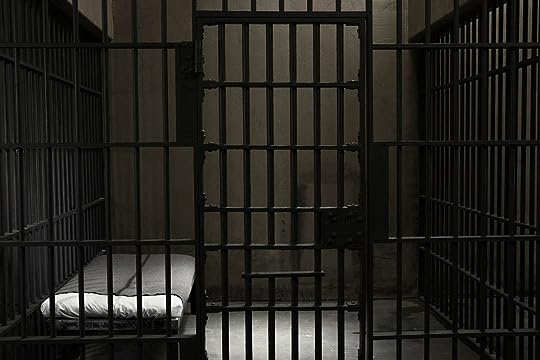 Pip felt a small ray of hope glimmer as the guard almost gave into her pleas, his restraint seem to waver and for a brief second Pip thought she had him. The moment passed though and he seemed to think better of it. Pip sighed beneath her breath, so her little pity trick hadn’t worked. She considered crying, tears had always got her out of these situations before but Pip wasn’t certain that this guard would be so lenient. The next words made her uncomfortable though, Pip wasn’t exactly sure how she felt about the proposed interrogation. “You know, if you’re trying to make me feel better, you really, really suck at it,” she told him, barely restraining herself from filling him with another barrage of curse words. She barely caught what he said next but the offer actually made her roll her eyes. The only way he could help her would be to let her leave. "Gee thanks, you gonna send me a post card too?” Pip muttered, his attempts to calm her down were only serving to piss her off. She fought him a little bit on the stairs but only to slow their ascent a little, the air was cold and caused a chill to run down the back of her neck. All around the air was musty and smelt of damp, Pip could hear something dripping somewhere but tried not to dwell on it as the guard ushered her past the cells. A few people crawled up to the bars as they passed, crude whispers passed through the air and one man actually reached out to try and touch her. Pip flinched away, glaring at the criminal as the guard pulled her along through the prison. Finally they reached what would be her home for the foreseeable future. “Nice place,” she said dryly, putting her hands on her head as he searched her. Pip resisted the urge to comment as his hands roamed over her. He took her bag, her belt, shoelaces and the knife. “Careful,” Pip told him, raising her brows, “Don’t stick yourself with the pointy end.” After that he left the cell, locking it in place behind him. Pip flopped onto the small cot and stared drearily up at the ceiling, throwing one arm over her face. The guard hadn’t left yet though and Pip actually uttered a half laugh as he introduced himself, “Well if we’re going by titles Guard Sorin I’m Thief Pip, pleasures all mine I’m sure..” she said, rolling into a sitting position on the thin mattress.

She was small, but apparently had more grit than he thought she would. Sorin left her, for only a few minutes, to place her things near the guards desk near the front, upon returning he heard her introducing herself, a chuckle escaped his lips before he could stop it. "Pip," He leaned against the bars, folding his arms over his chest, "What would make a little thing like you go all out in a castle, all by yourself? Weren't you nervous at all? Or aware of the consequences if you were caught? Wouldn't it be easier to steal from someone in the city? A rich caste 2? Or 3?" Sorin just couldn't understand her way of thinking, surely there were better ways to make a living as a thief, than risking your neck by stealing from the King himself. Maybe it was because he was so loyal, or because he never would think of stealing in general, but Sorin couldn't wrap his around the situation that the girl now found herself in. So he would stick around for a few, and try to get to know her a bit better, and understand her maybe. Sorin didn't have anything better to do right then, plus the longer it took him to report the incident, well the longer it would be until she had the official interrogation.

Pip raised a brow as her little statement actually made him laugh, she'd always assumed that the guards remained stoic; flesh statues who weren't supposed to react to anything. She'd always seen them as inhuman, perhaps that's why stealing didn't elicit feelings of guilt from her. It didn't feel like she was taking from anyone who actually cared for the things she took. Pip pursed her lips, laying down on her front on the small cot and tucking her hands beneath her chin. Her blue eyes followed Sorin as he moved to lean against the bars next to her cell. "Okay firstly," Pip said holding up a hand, "I don't like people, I don't trust most of 'em and half of 'em will screw you over." She shrugged, picking at the loose stuffing on the mattress. "The way I see it if I go alone I'm only responsible for one person and that's me. If I screw up, it's my fault..." she sighed and met his gaze, "Completely my fault." Her words were true of course, Pip had been alone for a very long time and there was no one she trusted more than herself. This thing called honour among thieves did not exist, it was purely fiction and as much a Pip had wanted to see truth in it there wasn't any. When it came down to a job you either got yourself out or you got left behind. No honour among thieves. "I don't get nervous," she grinned at Sorin, "I've done this more times than I can count, the palace was just the next hurdle....and they set the bar too bloody high." Pip clucked her tongue and stared off to one side for a moment, through the bars she could see the other cell mates, a few watching the exchange with interest. Well the next few nights are going to be fun, she thought bitterly returning her attention to the guard. "Easy isn't my forte," Pip told him, "I like a challenge and besides, I had a buyer who was ready to pay a fortune for anything I lifted out of here." She returned to toying with the leaking mattress, "So guard Sorin, this interrogation....what's it entail? They gonna waterboard me, shackle me to the wall until I talk?" she snickered, flicking a piece of foam onto the concrete floor.