Mod
Read any good historical romance books? This is the place to share! Of course I'm going to be the first to recommend my friend Stella Marie Alden's Book 'How to Train Your Knight'

How To Train Your Knight: A Medieval Romance

Thanks for the recommendation.

Mod
J. wrote: "Thanks for the recommendation." You're welcome! :)

I just finished The Forbidden Rendezvous http://amzn.to/2aniQhg. It's an atypical HR that I really enjoyed.
Be warned: the normal formula doesn't apply. 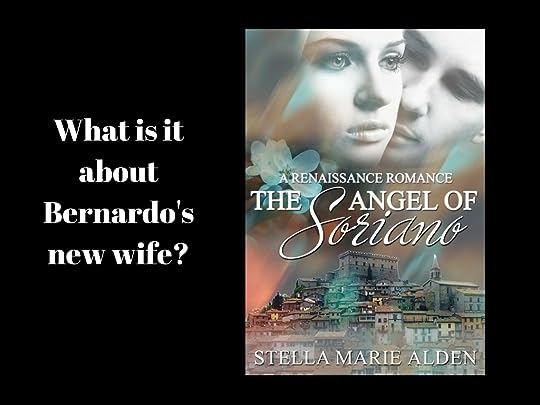 Hi, Stella,
Do you have an excerpt?

The best place is to go to my website...
http://www.stellamariealden.com/the-a...

And Then He Kissed Her

Say hello to bestselling historical romance writer CINDY NORD, A USA Today Recommended Read Author whose beloved readership has also placed her on Amazon's coveted "Top 100 Fiction Writers" list -- Cindy is the author of NO GREATER GLORY, the #1 Civil War Romance at Amazon for over one full year, and book one in her four-book 'The Cutteridge' Series. WITH OPEN ARMS, book two, debuted the fall of 2014 and zoomed straight to a #1 Bestselling Western Historical Romance. Book three, AN UNLIKELY HERO, made its debut on July 1st, 2016, and by midnight hit Amazon's 'Top 100 Romances' -- And book four and final novel in her bestselling Cutteridge series, BY ANY MEANS, just released!! Cindy is also honored to be a contributing author alongside notable NYTimes writers in the delightful SCRIBBLING WOMEN & The Real-Life Romance Heroes Who Love Them. All proceeds from this non-fiction anthology go straight to charity. She is a member of numerous writers groups, and her work has finaled or won countless times in competitions -- including the prestigious Romance Writers of America National Golden Heart Contest. A luscious blend of history and romance, her stories meld both genres around fast-paced action and emotionally driven characters.
amazon.com/author/www.cindynord.com

I'm glad I found this thread. I've been looking for a historical romance to read. I've read a couple short ones called Thrown to the Wolves - The Legend of Hannah & Eli and Truce which both are part of series I was already reading. Both very great series! but they gave me a little preview into historical romances and I'm happy to look up some of the already suggested one and give them a read.