"Can you identify what is real and what is a fantasy?"
{Identity} 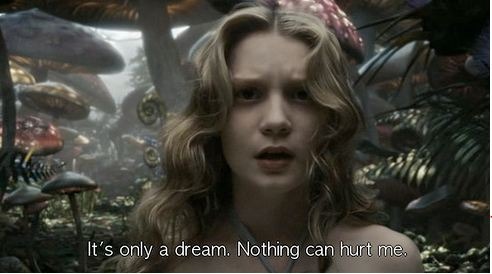 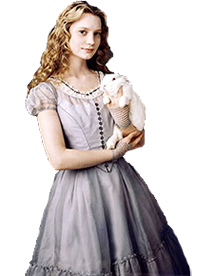 [Description:]
Alice does not have any friends, nor is she an outcast or loner. Much of her time is spent with family, such as her older sister who gives her daily lessons because Alice is home schooled. Outwardly, Alice is proper, well behaved, well groomed and poised. She has a charming elegance and grace beyond her years. She's a devoteh lady, always giving a polite curtsey when introducing herself. For a little girl she is very well spoken, having a natural English accent. She can memorize things very quickly and recites poetry and nursery rhymes with ease. Alice knows all of the rules of a young ladies etiquette because she was brought up by a rather wealthy family from a privileged upper class lifestyle. It is quite likely that she is a blue blood, possibly even related to royalty through marriage or other aristocratic figures of high society and respected positions during the time the stories take place. Despite her charismatic charm, Alice can be very immature at times and innocently mischievous. She may enjoy acting in a fancy fashion or much more older than she truly is to impress, but she is undeniably a very curious little thing. This trait normally gets the better of Alice and leads her into many chaotic situations. She's slightly lazy at times, often seen daydreaming or sleeping in the day, instead of doing anything productive, as she dislikes books with no pictures and loathes her daily history lessons. Alice would much rather take a relaxing canoe ride on the lakes of Oxford while admiring the lily-pads and listen to fantasy stories. Or Alice would rather climb trees, build a card house or make daisy chains to wear or even adorn her little pet kitten Dinah, with a flower crown. Instead of listening to the advice of others who are more mature and wiser such as her big older sister Alice does everything according to her own morals and beliefs. Not even Dinah understands why her little mistress desires a "world of her own."

Surprisingly, Alice is very good at giving herself advice but seldom does she follow it. Because of this she is lead by her own subconscious into one silly or outrageous scenario after another. When Alice enters the bizarre dimension of Wonderland and later steps into the alternative realm of Wonderland, the Looking Glass, she finds it harder and harder to maintain her composure and keep her patience because of all the poppycock and nonsense that occurs in these strange, undiscovered places. Alice also can be unintentionally mischievous and hypocritical, for when anyone words something incorrectly in a sentence, Alice will call them out on it and correct them on the "vulgar" use of grammar. Yet at times Alice herself does not speak correctly but never catches herself slipping or making these mistakes she criticizes others of being guilty of. This causes Alice to come off as arrogant and narcissistic at times even though she means well.

[History:]
After losing her beloved father, Alice is a melancholy 19-year-old who doesn't really fit in with her upper-class privileged Victorian lifestyle in a world of high society. She has no friends, is unmotivated and depressed. To much of her mothers concern, and despite her character flaws, Alice is mature, intelligent, a strong-willed girl who always speaks her mind, and has an independent personality which is frowned upon in young ladies of her time. She truly wants to make her own choices in life instead of having everything chosen for her, such as picking out her own husband and not being forced in an arranged and loveless marriage. After running away from an engagement garden party that goes terribly wrong, Alice falls down into the rabbit hole and is ultimately brought back to Wonderland (by McTwisp) to slay the Jabberwocky.

Throughout the film Alice reunites with old unfamiliar friends such as Tweedle Dee and Tweedle Dum, the Mad Hatter and even comes across new individuals such the White Queen, (the younger and much more beautiful good sister of the red Queen.) During her escapes. Alice insist that she is simply just trapped within her own mind again and everything around her is just another one of her bizarre and surreal recurring dreams or Nightmares (As she refereed to them as a little girl when her father was still alive.) Alice has had dreams of Wonderland since childhood so she believes her feelings of doubt that none of her surroundings actually exist are correct. Towards the end of her adventure in Wonderland she slowly begins to realize and see that the dream and delusions she's experiencing are really repressed memories and that everything is in fact real. Alice finally remembers her first trip to Wonderland all those years ago. (which come to found out she incorrectly called as the land is actually named Underland.) Alice accepts that she was/is indeed the right girl who made a long lasting infamous impression on Wonderland and all it's illogical people and creatures who inhabit it.

As everyone keeps going on about who she really is, Alice's return becomes a rite of passage as she discovers herself and faces her fears head-on to not only save Wonderland and fulfill it's long awaited prophecy, but also to save herself. While finding her true calling and way in life, Alice will learn to believe in the impossible in this dark "coming of age" fantasy film.

"That one accident changed my life. For the better or worse, I can't say"
{Other Details:}

"I think I've been here before. When, I can't remember"

"Hey, shut up before I kick your ass to Neptune"
{Identity}

"Oh, shorty am I? Let's hear you say that when you're face down on the floor with me towering over you"
{Appearance:} 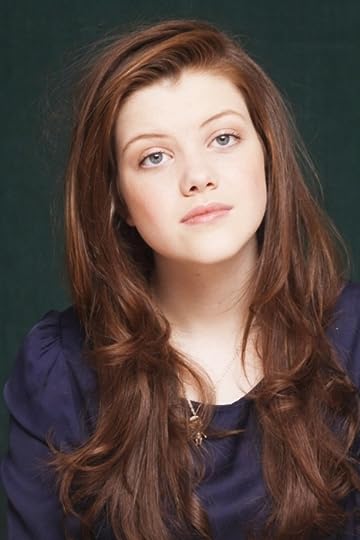 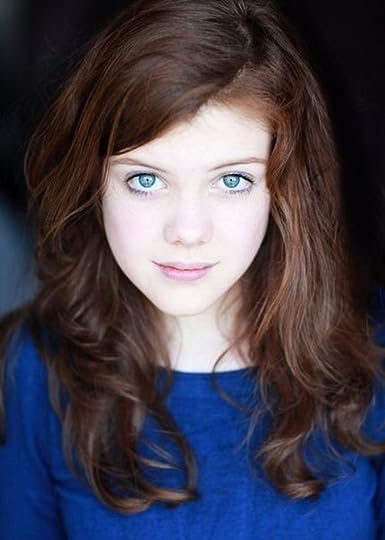 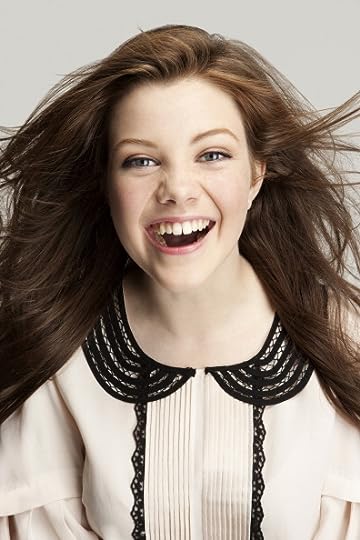 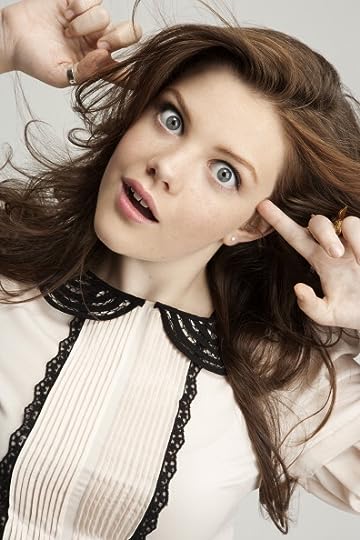 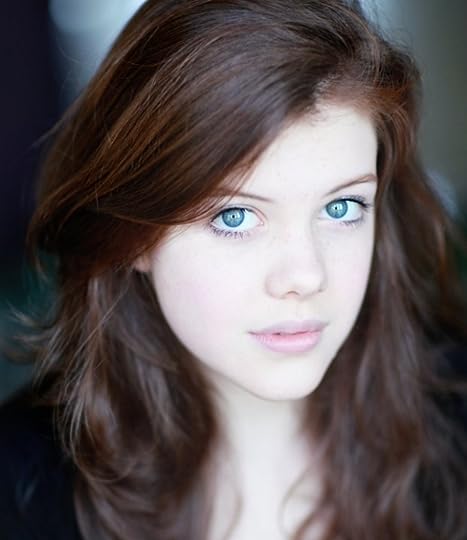 [Hair:] Curly chocolate brown hair (inherited from her mother) that falls past her waist in waves
[Eyes:] bright blue eyes which are inherited from her father
[Weight:] Taiga: It's rude to ask a lady her wight!
[Height:] 145cm
[Scent:] Slight perfume
[Scarring or Markings:] None
[Clothing Style:] Taiga is usually seen wearing long dresses when outside. She wears long coats on top of dresses and is seen wearing a pair of stockings under long coats. She is a very well-dressed girl, coming from a rich family. Even her pajamas are elegant.


"What the hell are you looking at, you mangy mutt?"
{Personality}

[Description:]
Despite her cute, delicate appearance, Taiga is a sarcastic, cynical, and prideful girl who is easily made angry or upset. She hates when people point out her height or call her the Palmtop Tiger, a nickname she earned because of her petite size and tendency to snap at people. Her broken family has made her act this way. Despite her tendency to be aggressive, she is actually a kind person, especially to people she trusts. She is extremely loyal, too, as she is willing to fight tooth and nail to protect her loved ones. She is not afraid to speak her mind and is often bad-mouthed because of her somewhat rude attitude toward people and lack of social skills. Taiga gets a lot of confessions from guys, but turns them down since she's afraid to love someone after of her issues with her parents. She is also shy and clumsy around people she likes. Because she is often misunderstood and judged, people don't see her kind and loyal personality. Taiga wants to treat everyone kindly, but due to her broken family and lack of parenting, she has a hard time coping with reality. She apologizes to her friends if she accidentally snaps at them.

[History:]
Despite coming from a well to do family, her life with her family is very difficult because of various problems. Her parents are divorced and her father has chosen his new wife over Taiga, forcing her to move out and live in an apartment by herself. However when her father's business goes bankrupt and he runs away, she is left in the care of her mother who has also re-married and now has a new family of her own. Taiga has difficulty getting along with her step-father and half-sibling. She admits she is too afraid to return to her mother because her mother has become pregnant again and Taiga fears that, since she is 'sure to have a tall child', she will not fit in and would just be a burden to them. Therefore she ran away when she was a child, hoping never to see them again. It was then when she fell down the rabbit hole. She wasn't lead there by a white rabbit, she simply stumbled into it when her small feet tripped over a branch.
When she entered Underland, she was greeted by the Red Queen's army. She was taken in by her due to her small size and stature. She would see Alice around the Red Castle and watch her as she painted the roses. She grew up secretly watching Alice from afar. She wanted to talk to this girl who came from above, the place she came from as well. But she never did. Even after she was taken captive by The White Queen and made a maid.


"Shut the hell up, can't you see I'm trying to talk to someone here?"
{Other Details:}

"See this is why I called you an asshole in the first place!"