How to Promote YOUR book on Amazon discussion

My kindle book is up and ready for you to download for FREE!
I really hope you enjoy!
PSST!!: Don't forget to leave me a review!http://www.amazon.com.au/gp/product/B...

Nobody tells a cop story better than a cop!! George Norris retired as one of the most highly decorated officers in the entire history of the NYPD.

Starting today and ending Monday (August 28,29,30), my second novel, The Blue Executions, will be FREE on Amazon. Last month, I ran a FREE promotion for my debut novel, Exceptional Merit, and it was hugely successful and climbed to the 90th ranked book on Amazon's free list. http://www.amazon.com/The-Blue-Execut...

I recently published a book about making Italian sauces. If you are interested in creating your own Italian sauces for spaghetti, pasta or lasagne, please feel free to download this book. It contains 18 sauce recipes that you can make easily from simple ingredients in your kitchen.

This ebook is only free on Wednesday, September 2nd, 2015 at http://www.amazon.com/dp/B00VCZHUBO 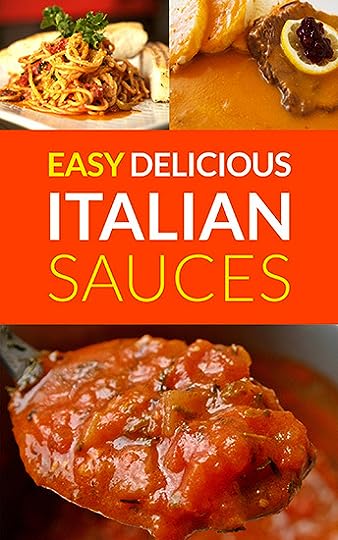 If you have friends or family who are interested in Italian cooking, let them know about this book before the free day is over!

How to Stop Wildfire, my debut novel in my science fiction fantasy series is free on September 2nd. It has a lot of world-building in it, so expect footnotes, new ideas, and a Tolkien-clinical vibe. I'd love for some more reviews and opinions on it.

*Description*
Humans, although they believe otherwise, are not alone in the universe. There are thirty other races in the universe aligned as the entity known as the Empire. In the Empire, all are immortal; their lifespans are potentially infinite. With magic and the extreme technological advancement of the Empire, nothing is impossible.

King Fla'neiel, of the race of Flana, a member of the Empire, knows better than anyone what can possibly happen in this great Empire. He is the last of his race after a dangerous weapon brought calamity to Flana. For thousands of years he has been searching for this weapon so he can destroy it and avenge his race. Then the weapon suddenly resurfaces on Earth and King Fla'neiel is propelled into action.

But he is not the only one searching for this ancient weapon; there are other forces that are interested in claiming it. Formidable forces such as dogmatic guilds, a deranged robot, and the infamous and ridiculous intergalactic outlaw, the self-proclaimed Evil King Cyclone that care not for the end of Flana and its survivor.

King Fla'neiel's quest has become far more complicated than expected and it has only just begun.

"It reminded me of Bridget Jones,"- Library Doc.

Dolores Von Geoff is living and working in London. She always worries about her thinning hair and exercises whenever possible to achieve her "size zero" goal. She is a "honey making money" type living in the sprawling metropolis and scoffs at anyone who she considers to be a money-grabber.

After two relationships that did not end up well, Dolores is currently playing it safe. She says that for now, she is not looking for a relationship and will be cautious of men altogether. "You know these are typical of men. They like to woo you. They would say the nicest things to get to you, and when you let down your guard, they will have no guilt whatsoever to step all over your heart," she said.

Will Dolores continue to be a single gal? Will she finally admit that she's looking for the one? Sex and Desperate Hearts is a collection of two short stories on gay Muslim men looking for relationships. Will they find what they are looking for? Or will it just be one heartache after the other?

How to Promote YOUR book on Amazon