The woods connect with a few of the houses and shops from the town. Rouges often lurk here, amongst stray dogs.

Scarlet left Bruno's house, padding carefully and quietly along fences. She picked her way towards a place she stayed sometimes: the woods. She wasn't really paying attention to her surroundings, which she probably should have done. But no, Scarlet's mind was on other things...such as the handsome tom she had just met. So naturally, the one time she wasn't paying attention, life had to be like, "Well, here's your punishment. Have fun!" Want to know what that special punishment was? Well...

Scarlet stumbled off her fence, which had curiously changed into a stone wall, and into a closed in yard, landing hard on her side. She groaned at the pain from the impact, and looked around her. This yard looked like it was for an extremely fancy twoleg home. She was in a corner, which might have explained why she had fallen from the wall. Naturally, the yard had to have a threat as well. A dog bounded towards Scarlet, its booming bark reaching her sensitive ears. It was large, grey, and looked more vicious than other dogs she had seen. She jumped up, wincing, and spun around to leap up onto the wall. Scarlet's head tilted up as she saw quite how high the wall really was, and her eyes got big. It was much too tall for her to leap on. So, she turned away and faced the dog. It had just reached her and Scarlet hissed, warning the dog. Of course, it knew it could beat her. It bared it teeth and growled loudly at her. Despite Scarlet's attempt to be brave, she trembled with fear. She was terrified. 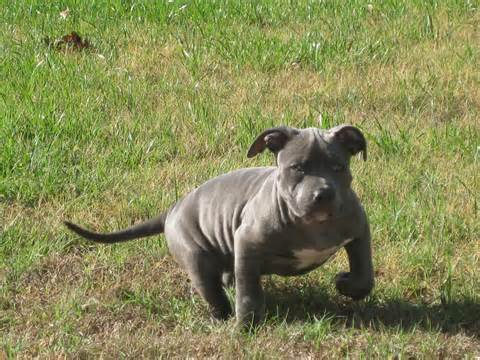 Mod
((Long posts always gives me more to work on! ^-^ Gives me a better idea of what I am to write.))

Bruno groaned unhappily when his stomached growled. Well, it has been a while since I last ate... He trotted to the fence and ignored the puppy he lived next to and headed into the trees. He squeaked in surprised when he heard the growling and barking of a dog and it made him lose his balance and fall. At least he didn't fall into his own yard or the pup's yard, but having your jaw hit a long, flat rock was not fun. He hissed in annoyance. Nothing made him lose his balance. Rage built up inside him, but he was still almost half asleep on his paws. He followed the scent of the dog until he came to where the growling was coming from. And his anger only built up when he scented Scarlet. I thought I told her to be careful when going into another cats' or dogs' yard! He climbed his way up and snarled at the dog. "Pick on someone your own size, you idiot!" He snapped and lost his balance yet again due to sleepiness. He landed on his paws and, of course, fell on another large rock and made his jaw start bleeding. "Seriously, what is with all these rocks today?" He grumbled as he sat up.

The dog glanced at Bruno, and she met Bruno's gaze for a second before the dog lunged at Scarlet. She didn't even have time to claw it before its sharp teeth sunk into her front leg. She yowled in pain and tugged strongly at her leg. The dog finally let go, and with a glance at it, Scarlet could see her leg was in bad shape. The teeth marks were deep, and crimson blood dripped off her paw and onto the grass. Scarlet's heart beat loudly and rapidly in her ears as she scrambled away from the dog the best she could. She couldn't possibly use her leg or paw for anything now.

Mod
Bramble looked up and jumped in front of Scarlet and scratched the dogs' muzzle. "I'm tired, hungry, lost my balance twice to day, hurt my jaw and you've put me in a bad mood! Don't make me murder you!" He snapped, even though he knew the dog couldn't understand what he was saying.

Scarlet stumbled on a stone and fell forward, right onto her injured paw. She winced through her gritted teeth, and carefully rolled onto her side. The pain ricocheted through her body and she couldn't help letting out a small whimper. Normally Scarlet wouldn't have done this, but she couldn't really get anywhere with her leg in the condition it was in. Her head spun, and she felt lightheaded.

Mod
Bramble looked around through narrowed eyes until he saw the entrance to the dogs' twoleg den. If I go into a corner where the twolegs could see me, they might be kind enough to call their dumb dog and stay away from me. Then I can get Scarlet out of here. He bolted past the dog and it barked loudly as it chased him. He eventually found a corner and just realized how stupid his idea was. Now all he could do was hope that the barking and his yowling would get the twolegs attention. Next thing he knew the dog was backing up and sulked as it walked over to its' angry twolegs. As soon as he got the chance, Bramble ran back to Scarlet with exhausted look and collapsed beside her. "Be careful when you're around twolegs," He mumbled.

She barely heard him. In fact, the whole world seemed distant and fuzzy. I hope he's okay... Scarlet thought dimly.

((Wow that was such a tiny post compared to my others))

"Time to get you out of here," Bramble mewed as he slowly stood up and picked her up by her scruff and watched the ground. And back to my house... He thought to himself in embarrassment. He couldn't just leave her here where who knows when the dog would come back outside. If any other cats saw me bring a cat back to my place just after I chased her out, they're going to think I've gone mad. Maybe I have... Part of him wanted to be himself and just leave her here to die, but he couldn't.

Finally Scarlet's body said, "Okay, I'm done with this," and she fell into darkness.

((Poor Scarlet's passed out. Whatever will we do?

Eventually Bramble managed to get back to his garden. At least Dad taught us a bit of healing before we were taken away. I hope Billy is ok... Bruno thought to himself.
((Move back to Bruno's home now?))