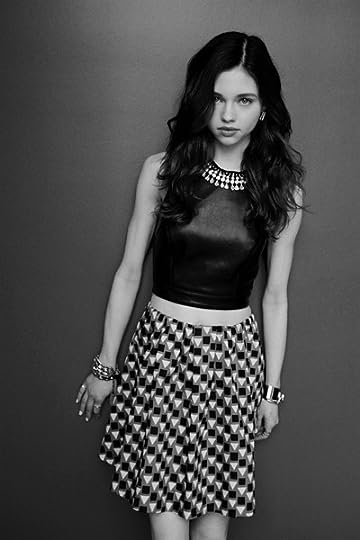 personality:
Adelaide doesn't think before she says things. she always says the first thing that pops up in her head. That gets her into a lot of trouble sometimes. Since she's Candor it's hard for her to lie but that doesn't mean she doesn't find a way. Sometimes she'll say things that are half true. Adelaide can be unpredictable, she's learned how to keep her face neutral so no one knows what she's thinking.

History: Since Adelaide was a Candor, she'd have to tell the truth a lot. Her secret is she tells half of the truth. She always gets her way out of things because of that. This only works if she doesn't have the truth serum in her. She fears it because it forces her to tell the full truth. Not half. Adelaide looks like her sister. Her sister is 3 yeas older then her and she left to go to Dauntless. Adelaide looks up to her sister so the 3 years until it was her turn to choose was hard. That's why she immediately chose Dauntless. To be with her sister. Not only that, it was a place where she could lie.

fears:
- Losing her parents
- Not being as good as her sister
- Truth serum

likes:
- Her sister
- being independent
- Competitions

dislikes:
- Having to tell the truth
- Being told what to do
- Losing

weaknesses:
- Conversations about her parents
- Truth serum
- Telling the truth

skills:
- Lying (Can come up with quick ones)
- Has good aim
- really fast

Weapon of Choice:
Anything that can let her use her speed or that she can throw.

Faction they want to go to: Dauntless
Aptitude test result: to be filled in later
Faction they choose at choosing ceremony: Dauntless
other: Her sister is a full member.

Thanks, is she in a group yet?

You're in a group with the character Valerie. I cannot remember who created her though, hence the set back

I saw the character but it doesn't say what group she's in.

The character Valerie; who is her creator?