Do you know of the book/movie Interview With a Vampire?

So it takes place in the late 1700s. A human has lost their family and wishes to die so he can join them. A vampire bites him and nearly drains him. A few days later, the human is ill and does not want to face death again after their experience. The vampire comes to their room and offers them the choice to be immortal. The vampire bites the human and nearly drains them again. It offers the choice again and the human excepts. The vampire turns the human into a vampire. The old vampire must then teach the new vampire their way of life.

It's alright, and yes you can. Is it alright if I'm the girl?

Personality: Laura is very sophisticated and is highly respected among humans and vampires. When she was alive, she had a gentle heart and was a happy slave in her Master's home. When she was turned however, she turned cold and serious in order to survive being what she is. If you annoy or anger her enough, she will mock you and send you into guilt. 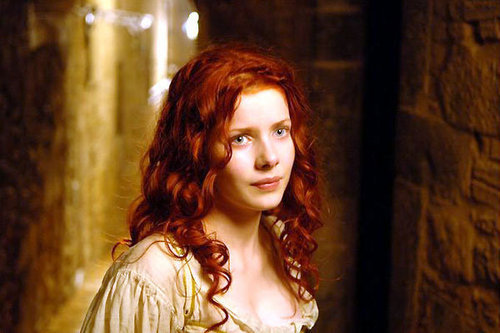 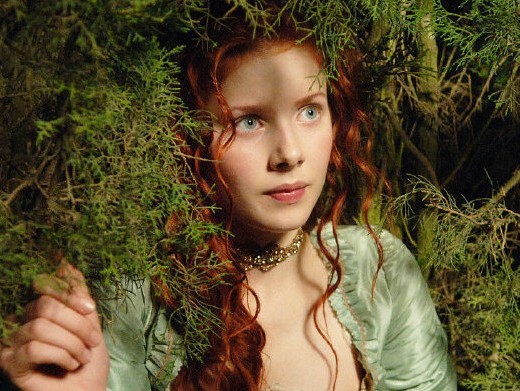 Brief History: In 1591, Laura was a slave in Paris, France. Her Master was beautiful and he treated her and the other slaves with respect. She loved him dearly and promised to always obey her Master's wishes, so it was no surprise when that her Master asked her to marry him, she agreed. On the night of their wedding, her new husband gave Laura what he called The Dark Gift. Without realizing that her husband had fed his own cursed blood to her, she became a vampire. Laura was furious with him and left that very night. She has never seen him since then. 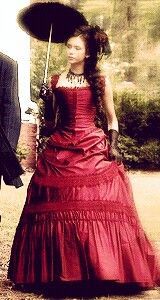 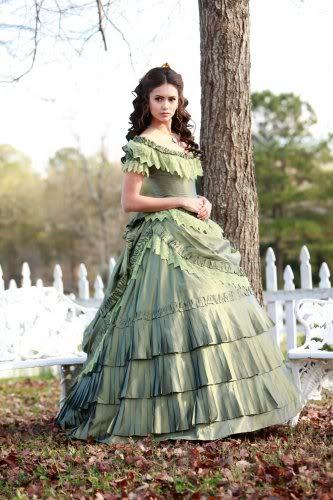 Laura sighed softly as the carriage she rode in stopped in front of a loud tavern. The coachmen quickly joined her at the door and opened it for her. "M'lady.." he said and bowed. She smiled softly and exited the carriage carefully, lifting up the hem of her bright green gown. She nodded her head at the man before walking towards the tavern.

When Laura stepped into the tavern, she was greeted with the fantasizing expressions the men had. Her cheeks were rosy against her pale skin as she blushed. She turned her attention away from the men, feeling a dark presence in the room. Her eyes fell on Josh, and she stopped to examine him. A small smile formed on her red lips as she looked deep into his thoughts. He's exactly who I've been looking for..

Laura slowly approached the bar as conversations started to pick up again around them. She smiled gently at Josh, her red curls falling in her face. "Good evening monsieur.." she said softly.

She shook her head softly at his offer. "I appreciate your offer, but don't hold my liquer well at all.." She sat down on the stool, sitting like a lady. She smiled charmingly at the young man. "My name is Laura."

She examined his actions and felt his emotions. She smiled to herself softly and looked up, locking her eyes with his. "Excuse me monsieur for saying so, but you seem tense tonight."

She moved a curl gently out of her face, her smile slowly fading. "I see it in your eyes.. They tell me a bitter story." She looked down at her hands as they rested in her lap.

She looked up into his eyes, her smile gone. "They tell me a story of loss.." She kept looking into his eyes. She felt his pain through his gaze.

She sighed softly and stood slowly from the stool. "I don't mean to intrude, but coping like this will do you no good. Walk with me under the moonlight," she said to him softly.

She smiled siftly and nodded her head towards the front door. "The fresh air should be good for you.." She waited patiently for him to join her.

She smiled putting her hand on his arm. They walked away from the tavern and out towards an open field with few trees. Laura could feel her hunger for this man to grow. I'll have to make my move soon.. She stopped once they were under a tree and she turned to look up at him. "Isn't this better monsieur? It's peaceful out here," she said softly.

She smiled gently and slowly pulled her hand away. "I'm glad you agree.." She stepped out from the shade of the leaves and looked up at the bright moon.

She looked up at him and smiled. "Well, I came here to find peace. Everywhere I go, it's almost as if peace isn't existent.. But this time, I believe I have found it," she said as she got closer to him.

Her smile was replaced with a light smirk. Suddenly, she had moved behind him as fast as lightening and she sunk her fangs into his neck. Her eyes widened as his blood poured into her mouth and she gripped his shoulders.

Laura could feel his heartbeat through his blood as she drank. She slowly pulled away once she felt that he was on the brink of death. "Do you still want death, or have you tasted it enough?" she whispered softly.

Laura sighed softly as she scooped up the unconscious man in her arms. "We'll see how you feel in a couple days.." she said as she carried him to a stone bench underneath the tree. She set him on it and looked down at him. "Until we meet again.." She disappeared into the field.

((Skip a couple days to where he's home and ill))

Laura was watching him closely through his open window. She smiled to herself and crawled in quietly. She slowly walked up behind him and said softly, "I see you have recovered without a problem."

She sighed softly and looked at his neck. "You don't remember anything from that night, do you?" she asked.

She was up behind him like lightening and she gripped his shoulders lightly. "This should remind you.." She sunk her sharp fangs into his neck and relaxed as she felt his blood in her mouth.

Laura gripped his shoulders tighter as she drank his blood. She kept drinking until he was weak enough for her to let go. She slowly pulled away and stepped in front of him. "I came here to give you a choice, Josh. A choice I never had."

She smiled up at him gently and sat in a nearby chair. "Well as I see it, you have three choices. One, I leave you and you die from the loss of blood. Two, I drain you. Three, I give you a new life."

She watched him as he ripped his bedding apart. "At this point, I have taken your life away from you.. But what if I can give it back, but better than you can imagine? You won't have to suffer illness.. pain.. death. You can be young, forever."

She sighed softly and smiled gently. "Perhaps because I need a companion, or perhaps because you have a choice I didn't have. My Master didn't give me the choice," she told him.

She stood slowly and walked over, hovering over him as he sat on the bed. "Tilt your head back," she said before biting into her own wrist.

She looks at him and smiles reassuringly. "I promise it won't taste horrible. It will taste like the sweetest nectar you've ever drank." She pressed her open wrist against his mouth and watched as her own blood poured into it.

She looked down at him and frowned slightly. "Are you even drinking it?" she asked him.

She waited until he had swallowed the blood before pulling her wrist away. She sat back down into the chair and watched as her wrist healed itself.

She smiled gently at Josh and giggled. "You see the point now? That my friend is how a vampire is born," she told him. "Now, do you feel a new hunger inside of you?"

Laura shook her head slowly staring at him. "You'll suffer if you don't drink.." she said to him softly.

She slowly stood and walked towards the front door. She reached out and opened it. She stepped out of the way, letting a young woman into the room. She looked up at Laura nervously. "Excuse me for asking, but why am I here?" she asked quietly. Laura looked up at Josh, her eyes commanding him to feed.

Laura watched silently and sighed softly when he finished. "When you are feeding in public, make sure not to scarf down your so violently. Also make sure no one sees you. But you did well for a first time." She easily picked up the corpse of the girl and looked up at him. "Feeling better?" she asked.

She smiled slightly and carried the corpse out the front door. "You may hate me now my friend, but you'll thank me later.." she said to herself as she walked silently out to the back of Josh's house. I'll bury the body myself then..

Laura hummed softly at first as she dug up the grave. She slowly began singing a sweet melody as she placed the body into its grave. She picked a rose out of a bush and gently placed it on the girl's chest. She kept singing as she buried the body.

Laura whipped of the little bit of dirt that had gotten onto her emerald green corset dress and sighed. Still thirsty.. She looked around carefully and rested her eyes on a man walking alone down an alley. In a flash, Laura was next to him and feeding off of him.

Laura sighed softly and let the man sit dead in the alleyway. She knelt down next to him and searched his coat pockets. She pulled out a small bag that had a fair amount of money in it. She smiled to herself and stood walking back towards Josh's house.

Laura walked in through the front door and silently shut it behind her. She walked into his room and set the small bag of money next to him on the bed. "This is how most vampires acquire their wealth," she said softly.

She nodded slightly and sat in a chair. "Yes. What is a dead man going to do with money anyway? You might as well take ut while it's there."

Laura stared at him with a hint of pity. "Well, it was either this or death Josh.. I know this may not be easy for you, but if you just bare with me and let me show you how our world works, you'll get used to it fast."

She watched silently as Josh drained the woman in front of her. She sighed softly and shook her head. "You'll have to learn to control your hunger as well.."

She stood up scooping the body in her arms. "Yes.. You'll have to learn to control it as well. I never said being immortal would be easy."