{ Personality }
»Introverted, demure, withdrawn, the perfect coverup. Blossomstar, yes, twisted and degenerate with the blood of vicious cats, can be a little diabolical cat times. Although, inside she's loyal and faithful. Blossomstar isnt all gore and blood. She dose have feelings and only gets angry when push to the point. She really is a shy, but can snap in a second. Even with this, she is sovereignty cat. Able to pick the right solution. Blossomstar is attractive and gorgeous. She dosent like the name given to BloodClan. They arnt all Blood thirsty cats. Not all the time.

{ Apperance }
»Blossomstar is a silver cat. Like lightray and dark gray. Her eyes are light blue.
{ Photo }
» 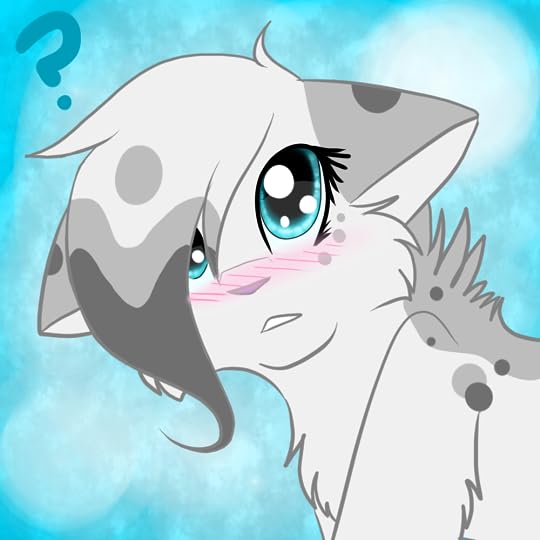 ❝The difference from you and me, is why you wake up your nightmare ends.❞

{ Histroy }
»Blossomstar is a normal cat, although he sometimes now as a leader gets a little hate for being so nice, she dosent like the stamp thats on BloodClan, even if she can sometimes get a little out of hand.

{ Theam Tune }
»Please tell me if anyone has suggestions.

~*~Personality~*~
~~ ~~ ~~ ~~ exceptionally sarcastic. very wild and unpredictable. although he doesn't show it often, a madness is slowly eating his soul away. when cats do see the madness, they feel a great fear come over them.

~*~Appearance~*~ a gargantuan brown tabby, with fur sticking up all over them place. has almond shape sharp blue eyes.

~*~History~*~ born a kittypet, he never dreamed he would one day be part of a clan. until the day his father tried to kill him and his brothers. although they succeeded in driving him off, them knew they couldn't stay, and left when they were barely 8 moons. they wandered for a few days, barely surviving, until they came to the clans. they eventually split up, intending to find their own homes, and Wildheart settled in BloodClan.
((this history is known only to a few! beware, as it is shocking and may cause nightmares!))
he was 23 moons old when he fell in love, deepily in love, with a loner named Moon. he was 26 moons when he found out he would be a father. Moon didn't exactly trust the Clan and asked Wildheart to wait before they went to them. he did as she asked, and he regrets it to this day. he was going to check on her when he heard her yowl of pain and anger. he ran to her, hoping nothing bad had happened, and discovered a dozen rogues attacking her and finally killing her. enraged, maddened to the point he lost all sense, he slaughtered them. some ran, and he chased them down and tore them apart. when he was done he went back to mourn for his mate and kits, only to discovered four little bundles covered in their mother's blood. without thinking he grabbed one and ran to the camp. the instant he arrived he dropped the kit at the guard's paws and begged him/her to take his son to the nursery and to get help before he bolted for the next kit. only five warriors, as well as the leader, deputy, and medicine cat, known of the carnage he dealt to those rogues and they have kept it secret. since that horrible day he has watched his sons grow up with pride and sorrow, knowing that, when they have no need of him, he would leave the clan and never return.

Dont ever treat me like a child again! im not your daughter.
Personality: ForestPaw has anger problems. dont get on her bad side or she will hold you there forever. She is a great fighter and hates being pushed around. she almost never holds back stuff, she will tell you how she feels and what she thinks truthfully. she is very tough and a troble maker. she hates to listen but will if she has to. she needs tough training to get her into her place. because of her anger and wildness.
Appearance:
https://flavorwire.files.wordpress.co...

History: She hates talking about her history but if she really has to she will. her name is ForestFire for a reason. to remember her old clan and families death, A forest fire. theres more to her history but she would rather not say. and every day she blames herself for that

Mate/Crush: Why the Tail would anyone love me?!

"fool! you cannot even touch me!" 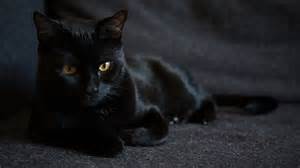 ~*~History~*~ not much is known about the cat known as Basement cat. it is rumoured that he is the manifestation of the apocalypse, or a professional assassin, whereas others think that he is a God. all that is known is that he is unmatched in combat, tearing his enemies to shreds.

@Moonlight Forest: She would be a kit. Apprentices are ages 6-13 moons. A warrior is 12-170+ moons. So right now her name would be Forestkit, but if you change her age it will be Forestpaw.

@Basement Cat
@Willowshine
I do not agree with the approval of the 'Basement Cat'. First, warrior cats dont know what a 'God' is, second, in histroy it says he is the 'manifestation of the apocalypse'. What is this ment to mean? There has been no apocalypse. Lastly, it says 'unmatched in combat, tearing his enemies to shreds.' This is not fare with other cats, and the owners of them. Everyone should be the same strength. Well, apart from kits, apprentices-you get what I mean. Although the professional assassin bit it fine.

Personality: he is a kitty full of spirit! he never backs down, even when he's scared half out of his wits, especially when his friends are in danger. he'll face the worst for his friends and family, no matter the cost to himself.

History: he has always known his mother was dead, ever since he spoke with her spirit. and while he was sad, he was happy she was somewhere better. ever since he started walking, he has always stood by his brothers. even when Wildkit brought home a live snake and scared the clan half to death. he even stood by his friend, Miststep, when he was almost driven off by the clan. due to his courage, the clan ended gaining a great hunter and fighter.

Other: has a strong bond with StarClan.

Personality: even wackier and goofier than his uncle Longstride, Wildpaw gets into all kinds of messes and rarely are they the normal kind. although he may not act it, he's actually the more dangerous brother and is as likely to attack an enemy as he is to make them laugh themselves to death. always trusts his brothers.

Appearance: a really big brown tabby tom with fur sticking up all over. has sharp blue eyes and both ears are nicked.

History: although he knows neither of his parents are like clan born he is happy to be consider clan. his whole life, since he could walk, he has always caused or been apart of various odd problems. once, right when he became an apprentice, he brought home a snake he believed he had killed. he got out, "check this snake i killed!" which apparently awakens unconscious snakes. the thing started rattling and hissing, scaring the clan half to death, and Wildheart was forced to kill the snake before it harmed anyone. another time he fell asleep in camp and, somehow, a mouse got in. the whole camp stared in shock as this mouse ate seeds not a whisker's breath from Wildpaw's face. apparently the best way to wake a cat is to say "should we tell him there is a actual mouse there?" and then everything really went crazy. the mouse, seeming to realize it wasn't near a plant, looked at Wildpaw's face just as his eyes popped open. after a series of flips, rolls, and contortions Wildpaw chased after it and, with his brother's and the clan cheering him on, he eventually caught it.....after crushing the medicine cat's herbs. he is now banned from entering, unless he absolutely has to.

Personality: as his name suggestions he tends to be rather sharp, especially with his brothers. he sees no reason why he shouldn't call someone and idiot if they are in fact being an idiot. does have a soft side though.

History: has always wanted to learn things most cats don't especially when his brother Burnpaw started talking about various long-dead cats. however he was a warrior apprentice for only one moon before he drove both himself and his mentor crazy. when the Medicine cat noticed how good he was with herbs he asked the leader to make him into an Medicine cat apprentice.

Personality: tends to be kind to his friends but tries to avoid direct fights. will put aside his own feelings and his own safety to help a friend, especially young Burnpaw.

Appearance: a medium sized misty grey tom. he is just fluffy enough that, if you stuck him in some fog, he'd disappear! his eyes are, oddly, the same shade as his coat. legs are unusually powerful and claws are very long.

History: born a loner, he has spent most of his time by himself. he was introduced to clan life by Burnpaw, who was apparently being guided by dead cats, but was nearly scared away from it until he saw Blossomstar. instantly smitten he was glad when Burnpaw was able to convince the other to let him join. he went from Mist to Miststep and he has never regretted it. has helped his clan prosper for the last few moons now.

Mod
ᎠᎾᏁuᏆ jᎬff wrote: "*sighs* your reasonable logic that only an idiot could argue against bores me."

Donut Jeff, I see the logic in your argument, but I am going to have to ask you to be more polite in this matter. I hope we can all put this is silly argument aside, and be friends. :)

(Gosh, I sound like those really annoying MODS... O.O)

~*~This template belongs to Willowshine and the character belong to Cortana~*~

~*~Personality~*~
~~ ~~ ~~ ~~ Moon Death can be very persuasive and she is a great hunter as well as a good fighter and helper when it comes to being around the med cat. She loves to kill and she loves to teach. She is very outgoing and smart. She spends a lot of her time scolding the kits that do wrong things and she is not afraid to kill kits if necessary. She is always ready to anything that is needed. She is great at being bossy as she never really learned much else. 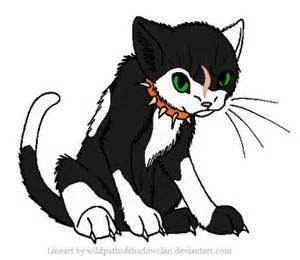 ~*~History~*~ Moon Death was born to Scourge and Violet in BloodClan. Being very much like her father from birth, Scourge let Moon Death stay in BloodClan. Moon Death never knew her mother and was trained from a very early age to kill and destroy. She does not like to compare herself to others and though she listens, she one day fears she will not be around for the others in the clan.

~*~Kin~*~
~Mother~ Violet (Barley's Sister), Unknown Status
~Father~ Scourge, DECEASED
~Siblings~ None
~*~Other~*~ Moon Death is not one to be triffled with.