{ Personality }
Thunderstorm is a brave and loyal cat, he wont let anything unbetween that bond. He's clan's health is really important to him and wont let anyone treet him untill everyone else has been treated. Thunderstorm dosent like cats who brake the code and wont stand cats who think hes broken it. Thunderstorm is normaly grate with the she-cats, and gets a lot of attation from them although Thunderstorm dosent seem to care as much for love. This is unless your really close to him and know him well. And if you can get around his talk of pray, that is. Thunderstorm likes to sometimes have quite evenings where the sun sets, hes always gone alone although anyone is welcom to join him.

{ Apperance }
Thunderstorm is a handsom tom with a strong body, powerful legs and sharp teeth. He is quite tall, but not the tallest and normaly towers over most cats, but not all. Thunderstom has blue eyes with a small hint of purple in the midddle, which in sunset glow yellow, and a lovely pattened brown pelt.
{ Photo }

{ Other }
Thunderstorm can get shy sometimes around cats he likes, and a cat who likes him too would be able to:
Stop him talking,
Make him shy,
Make him stutter on his words,

❝I acted like it didnt bother me, but inside it's killing me.❞

{ Personality }
»Nightlighting is nearly always stressed about his sister. He views himself as crule, selfless and nobody. Torn up about his sister been taken away, he blames himself everynight. The only thing thay now share is there name. Nightlightning always thinks that he should have stepped in, not make his sister leave. He wanted to replay it so he could change it, but cant. He needs somecat to tell him that its ok.

{ Apperance }
»Nightlightning takes mostly on his mothers side. Having mostly white pelt apart from the black patches he has. Nightlightning has light blue eyes and a light, but all body. The black patch around is back gose all around not just on one side.
{ Photo }
» 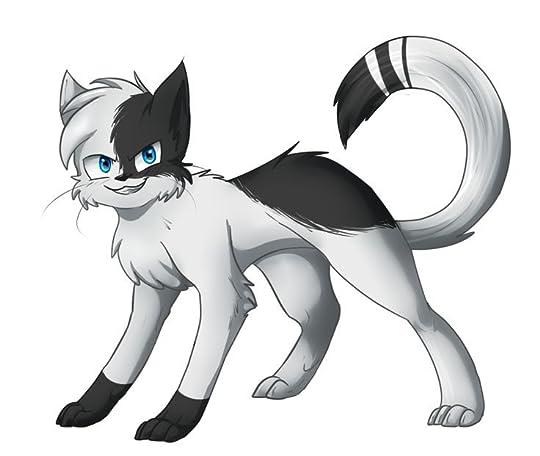 { Histroy }
»Nightlightning was born in a little of two, himself and Nightstorm. They grew up together in DawnClan untill they where both made apprentices. RippleClan said that since there mother, Poppymist the white shecat had died, it was only right if they had her kits. Nightstorm and Nightlightning didnt like this idear, but as the leader a was away, the deputy made the choice. They could take ither himself or Nightstorm. Before they had a chance to say boodbye, Nightstorm was taken away and now lives in LightningClan. Nightlightning cried alone, not wanting to be seen weak. He should have stepped in, they should have taken him insied! Right..? Nightlighting turned into a warrior, and he always slept in his sisters den to rember her sent. After two moons he was done with lying and only told the truth. Giving away that he was depressed and that he needs somecat, even at a young age. Although he still dose sometimes say that hes ok.

❝Sometimes when I say I'm ok, I want someone to hug me and say, I know no your not. ❞

{ Other }
»Dont talk to Nightlighting about family, he gets very upset if you do. 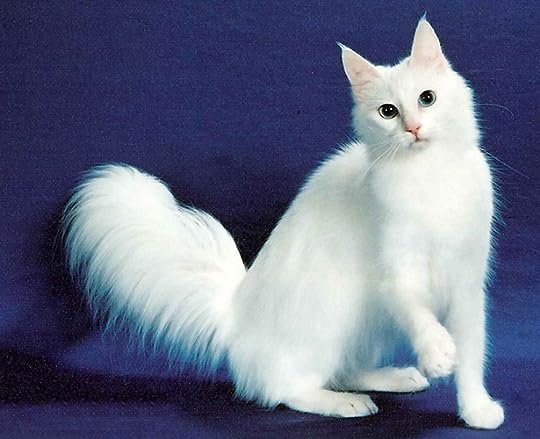 ~*~History~*~
Snow-wish grew up with a very normal kit-hood. She was always playing with the other kits, having fun. A while after she was born a sickness broke out that killed half of her clan, but her family was untouched. She was an average apprentice, helping out when she could and became a warrior when she was 18 moons. 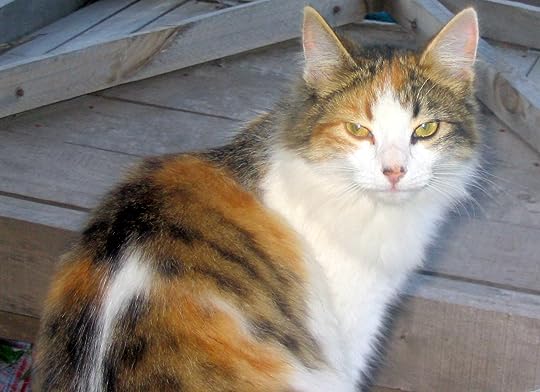 Personality: Lionscar is quiet, she's secretive and is always alone, she hates being with a group of cats, she's nice and kind when you get to know her, she doesn't go out very much. She was always very quiet, she loves sunny days and she hates rainy days, just like any other cat who hates water. Lionscar is a very odd she-cat, with many scars and many secrets she is often doubted about her loyalty to her clan.

History: When Lionscar was a kit, her father named her Orangekit, after her grandfather and Uncle, Lionscar loved her father when she was younger, her mom? died in kitting, Lionscar has two siblings, one sister and one brother, Redrose is her darling sister that has been by her side for over so many moons, she is the spitting image of they're mother Rosethorn. Lionscars brothers name is Darkshard, and he is the spitting image of Lionscar herself, Lionscar grew up as Orangekit and Orangepaw when her father died the day after her final Apprentice ceremony, Lionscar requested her name to be Lionscar, after her father, Lionspark and her friend Skyscar who died ten moons before her father.

~*~ Personality ~*~
She is strong willed, and try's to never give up a fight. Right now she is trying keep peace with the other clans, but usually is ready to scream to any cat within a tail length of the border. 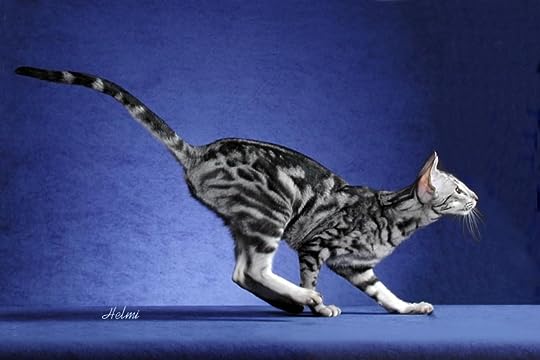 ~*~History~*~
Before Leopardstar was leader she was called Leopardfang. After her father was caught by a twoleg she has hated them. To her they took everything: her father, her family's happiness, she even blamed them when she lost her brother, who drowned in the lake when he was a kit. When she became leader ( 10 moons ago)the twolegs started to take territory.She has given up hope of any revenge towards the twolegs. Sometimes she lashed out at her clanmates, because she was so stressed. These last moons she hasn't though, because now she just ignores the twolegs and their destruction. Leopardstar has lost two lives; one was from greencough, the other from when a rouge attacked her. She hates rouges and kittypets. 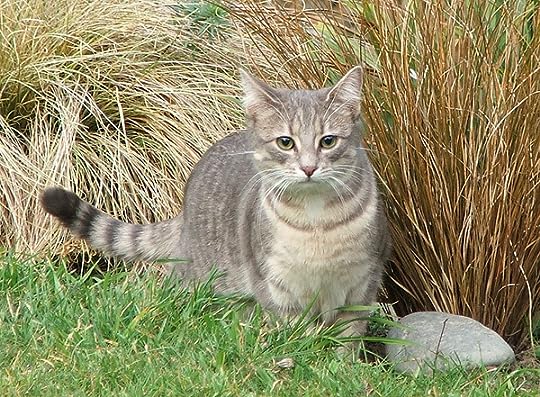 ~*~History~*~
When Silverstream was a kit, like was perfect. Her family was happy, the clan was thriving, and life couldn't be better. Then tragedy struck. Her father was taken by twolegs, and she thought life would never be the same. Then, a quarter-moon before their apprenticeship, her brother drowned. Silverstream was devastated, and thought that there was no reason to live. She thought that StarClan had forsaken them all. But she became an apprentice, and blocked all of the harsh things life had to offer. She became a great warrior, and now feels no hate towards kittypets, rogues, or loners. But she still despises twolegs, and nothing will ever mend her heart.

Personality: unlike her brother HawkFeather, DappleFur is a happy-go lucky and bubbly cat. she is very brave and good at protecting but needs work on her fighting! She loves kits like her brother!

History: Ever sience her mother tried to drown her in the river, DappleFur had a love for water! at 2 Moons her and HawkKit ran away from there abusive mom and went looking for a clan.
HawkFeather resting on Duskclan, DappleFur in RippleClan

Personality: a cool and calm cat, he stays calm in the most turbulent of situations. although he can get angry, and watch out when he does, because he strikes hard and fast and without mercy.

Appearance: a large, grey furred tome covered in little rosettes, giving him the appearance of having a coat made of storms.

History: born a kittyet, he had no had he would one day join a clan, or even of leaving his comfy home. until the day his father tried to kill him and his brothers. they drove him off but knew they couldn't stay. after a few days of traveling they came to the clans and went their separate ways. Stormpelt easily earned his way in, catching a large fish his first moon their. unfortunately he caught it with his tail and was almost dragged into the water by it.

~*~Personality~*~
Flamekit is very adventurous. He's outgoing, but can sometimes break the warrior code in the process. Despite the fact that he rarely is seen with them, he is protective of his siblings. He can be very annoying, and can't help to boast a little. 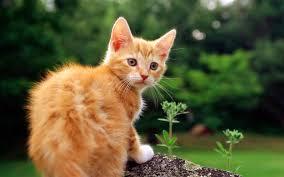 ~*~History~*~
Just a small little creature in her mother's belly for now!


~*~This template belongs to Willowshine~*~

~*~Personality~*~
Nettlekit is a little shy at first, and likes to hang around that cats she knows. Her mood can snap in an instant, from happy, to sad, to angry in a moments notice. She is a very kind cat, and will do anything she can to help her clanmates. 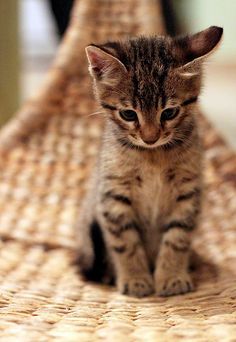 ~*~History~*~
Currently only a small thing in her mother's belly. We'll get back to you!

~*~This template belongs to Willowshine~*~

~*~Personality~*~
~~ ~~ ~~ ~~ CrimsonPetal spends most of his time in the camp hunting and fighting off the intruders. He loves to spend time around friends but he is not very social. 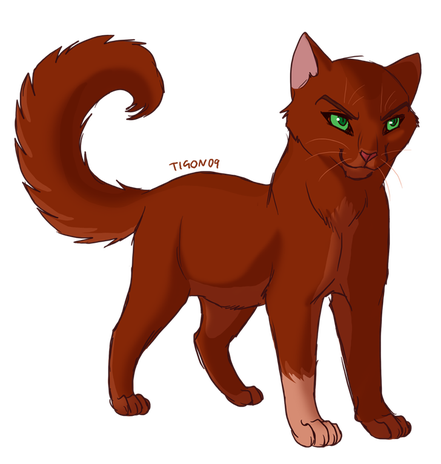 ~*~History~*~ CrimsonPetal was born a loner but he was sent to live with his uncle in RippleClan. Working hard as an apprentice, CrimsonPetal worked his way up to being a warrior. He has since only being hunting and fighting but he also has been swimming.

~*~Kin~*~
~Mother~ Light, Loner
~Father~ ThistleFlare, RippleClan Warrior
~Siblings~ None
~*~Other~*~ CrimsonPetal ends up with a mate from another clan.