Well, maybe the King decides that if Caspian is to leave and venture into the human world, he must have one of his older brothers accompany him? And since Edian is basically useless lounging around the kingdom doing absolutely nothing besides ruining all possibilities of marriage, the King decides to send Edian to accompany Caspian.

And your idea works. Edian's twenty-one. He should be married by now, if I'm not wrong about the Merfolk's traditions. And yet, he isn't. Caspian can tease him about that. And Edian will tease Caspian for his great interest in the human world, as you said.

@froot yeah, that will be best. I apologize for getting ahead of myself ^^"
Hmmm well, I guess he'll be interested in human weaponry. Maybe he "hires" Caspian to buy back some human swords for him to admire. (Because I don't think they work as well underwater.)

@sarah any ideas for Corynne and Edian?

@kelly well, compared to the other siblings I've seen so far, your princess is the closest to Edian in terms of age. He's four years older than Corynne and Caspian, while only two older than her, so maybe he tries to stick with her more than the others? Her feelings don't have to be mutual, of course, since she is as much younger than him as she is older than the other two.

@denver any ideas? I've got a feeling Nahla wouldn't take liking to Edian's incredibly late and still not here marriage. (Well, he's of marriageable age, so I guess it's only proper for a prince to find a lady to marry soon?) He's much too lazy for a prince, too. I don't know if there will be any bias coming from their parents since Edian's a potential heir while Nahla isn't. But if there is, well, Nahla has all the right to feel upset about it because by far she's a better royal than he is.

@ravenclaw I've mentioned it a couple times now - Edian's of marriageable age, but he still isn't married. That may be a problem for the Queen and the King. While on the other hand it may not. I guess it's up to you to decide. Also, is the Queen the type to be biased (with her children, I mean)?

Yea Nahla would Definitely be bothered by him not following tradition. My thoughts for Nahla is having her be betrothed, but then she falls in love with a human, which sort of destroys her entire life concept.

@Froot I'm thinking she'll be a couple years older than him and sort of the protective, disapproving type. If she found out about her trips to land, she would lose it. Until she falls in love with a human...then she's going to be this giant hypocrite. I feel like she will be the sort of sister who stops her siblings before they enter a room, smooths their hair and clothes, and makes sure theyre perfect at all times


(view spoiler)[inspired by john watson, fiend, hayley, and pan. please do not use without my permission. (hide spoiler)] 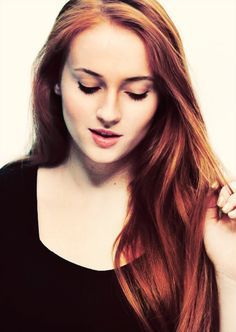 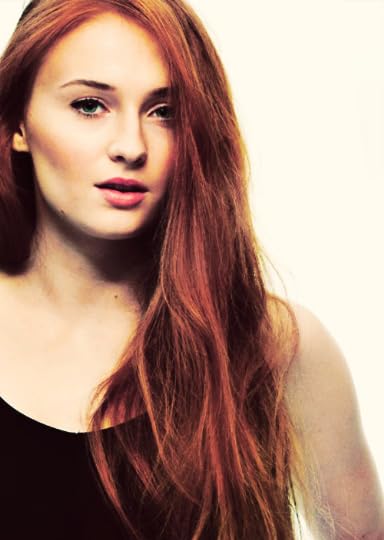 [ a ] complete and utter sassmachine, Corynne Nyström gets her way around with words, not action. She’s good at making comebacks, and easily gets on the nerves of other people, but apart from that, she’s great to have around. She likes dragging at least one of her siblings to go exploring somewhere, and if she’s caught parading about on land by one of them, she’ll always find some way or another to blackmail them into not going off on a blab to their parents. Cora never stays silent at the dinner table, and has always got remarks to made. Put the rudeness aside, and you’re left with someone who will crack a joke at any random point in time, and who’s always bubbly and smiling. Cora tries to stay optimistic, but will occasionally get sudden breakdowns from all the negative emotions she keeps stowed away.

[ c ] ora never breached the surface of the ocean until she was twelve. Although she’s nowhere near in line for the throne (and is glad for that, since she doesn’t want responsibility), her parents never let her go up to the human world. So she stayed silent, although the curiosity simmered. Naturally, she’s seen her people at work, on humans; the slaughter, the luring, the tricksy ways of the merfolk. But she didn’t like it; perhaps she was too young to understand, but the weight of the unknown was becoming too heavy for her to bear. The first time she went up, she happened upon a pirate ship, and watched, fascinated, from a distance. One pirate saw her, pointed her out, and before she could get away, they’d thrown nets. She was hauled on board, but violence overtook her, and she bit at the throat of on of the men holding her down, and disappeared with a nasty hook lodged in the left, upper side of her tail. What remains from the wound is a line of scar tissue about the length of her index finger. Her parents were furious, naturally, but she was sickened. The pirate had been her first kill. Her first human kill. For two more years, she stayed underwater, until she decided to put the past aside, and to experience it properly. She’s now fascinated by humans, and sneaks into Port Royal every now and then to see how the humans there live their lives. Then she returns, back into the waters of the Caribbean, and plays the role of a princess once more.

@froot I just looked at Caspian's profile again, and I think he's more ready to be completely independent than Cora?? Idk, she's very explorative but at the same time super irresponsible too, so maybe she could tag along but occasionally pull him in another direction? That would probably make sense since her first trip above the surface wasn't exactly optimal.

@alessia to be honest, I think Cora would definitely be approving of his marriage/tradition neglecting, and at the same time views him as somewhat of a role model- but she stays out of his way a little 'cause he's older and she's not interested in him knowing about the trips to the human world?? idk

@denver can we have a sibling rivalry relationship with your princess? Cora really doesn't give two damns about what she looks like, or how messy her hair is and everything, and doesn't care about pomp or status- and she's also incredibly rude at times and has this button to switch her manners off and on, so maybe that could work, if you'd be willing to?

@denver a'ight. So Edian will pretty much just stay out of her way to avoid her scoldings. How old is she, by the way? If she's older, he might have been close to her before the others were born. If she's younger, then maybe he used to be protective over her but sooner or later they both grew out of it?

@sarah that works. He'll know Caspian is sneaking away into the human world - he does pay Caspian to. And maybe he's heard rumours that another one of his younger siblings is doing the same, but doesn't bother trying to figure out who? And I know they won't go around hanging around each other much, but whenever they do, Edian will be nice to her. He'll be honoured if he knew that she sees him almost as a role model, but he won't exactly approve of it. (Unless his parents are totally fine with one of their potential heirs breaking traditions and the rest of their children going around following suit.)

that totally sounds good to me!!

Mod
@alessia that totally works for me- also, it makes sense he wouldn't approve it (because I highly doubt any sane rulers would be okay with their heirs neglecting the future of the kingdom, etc).