aren't there other great demon kings beside satan- The ruler of hell.
I think the others demon lords are Beelzebub, Azazel, Astaroth, and Lucifer?

Mod
Yeah. I just haven't really put them up yet. If you want though you can claim one though!

Mod
((I think I was just going to do Lucifer, but if people want to claim them I'm fine with it! XP

Mod
And yeah it's original (at least I think so)

Hehe anyone recognize this? 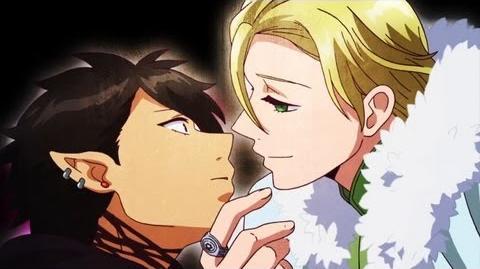 Mod
Devil and Realist, right? And I haven't read or seen it, but on my to do list!

Keith would be an awesome guard he's a great fighter, is always thinking of a plan, and is good at following orders.

isn't Satan and Lucifer the same entity? i'm sure it is actually.

Mod
I thought Lucifer was like a demon general type person, but to be fair I'm basing my logic off The Devil's a Part Timer.

well i think Lucifer is his real name and eventually he was called Satan, as well as the Devil. but hey its not my rp, just saying what i know, but you can have Satan, the Devil, and ole Lucy all different people if you want.

Mod
IDK...I pretty much just nod my head and say yes to things...

i did that once.....almost ended up the butt-friend of a big black guy named Bubba O.O

would be wise......tip never ever disobey a talk orange cat wearing Native American Chieftain garb, it will end badly.

its how i almost ended up with Bubba, cat told me not to say yes but if i did i should run like the devil was after me.....which is why i mentioned Bubba.

Mod
Demon Dragon wrote: "well i think Lucifer is his real name and eventually he was called Satan, as well as the Devil. but hey its not my rp, just saying what i know, but you can have Satan, the Devil, and ole Lucy all d..."

God is the epic and people know that but he knew that everything needed an opposite in life, Due to this he Created the Satan so that people would now the ugliness of Evil and have something to represent it. the Devil however knew that people would try to come and exact vengeance on him so He Created Demons and chose the strongest amongst them and Deemed him The Devil, Ruler of all Demons and so they would be hunted by the Humans and not Satan.

now Lucifer was Gods best Angel, Bright and Pure but Satan had begun to weasel thoughts into his Mind and caused Lucifer to Sin. God was outraged that Lucifer and done these Sinful deeds that he Banished Lucifer down to Hell where Satan welcomed him with open arms, Several other angels having also Followed Lucifer down to Hell out of Loyalty also joined the Ranks of Demons and became the First Group of Fallen Angels.

shortly after that incident Satan's newest Devil had died and Lucifer went to try and claim that title for himself and succeeded, Becoming the Strongest Ruler that any of the Demons of the Underworld had seen since Hell had Began. Lucifer now still sits on his Demonic Throne With Satan watching every action and now Known as the one true Devil rather than the Angel who use to be God's Best.

that is the Distinction between those three things. Satan was Created as Gods opposite to represent Evil and Sin, Devil is given as a title to the Strongest Demon and Lucifer was once Gods best Angel who sinned and Fell to Earth to become known as the Best Devil ever. or at least that's how most of the Lore, Myths and Legends state what happened. i have no life so i do a lot of research into these Mythical things.

Mod
Wait! I actually knew that! I'm kind of forgetful...but to be fair I was watching anime so I didn't really think...:)

Mod
well i'm not complaining, just thought i'd clarify it before someone else asked the same thing.