Mod
Yang was running, some aggressive Demon hunters had found her so she found refuge in the dungeons. Unfortunately she had now gotten lost within the winding Labyrinth and had no clue how to leave.

Mod
(go ahead, Winter it seems will be a while)

Mod
"ah" Yang said in surprise as someone appeared in front of her, she took a step backwards as the stranger approached to try and stay safe. Yang's white hair pulled back and tied into a pony tail going down her back, laying between two folded white wings littered with pristine feathers.

"w-who are you?" Yang asked as she brought both hands up to her chest in a defensive manner as she looked up at Person and watched her with grey eyes that seemed ready to cry at any moment but never would. 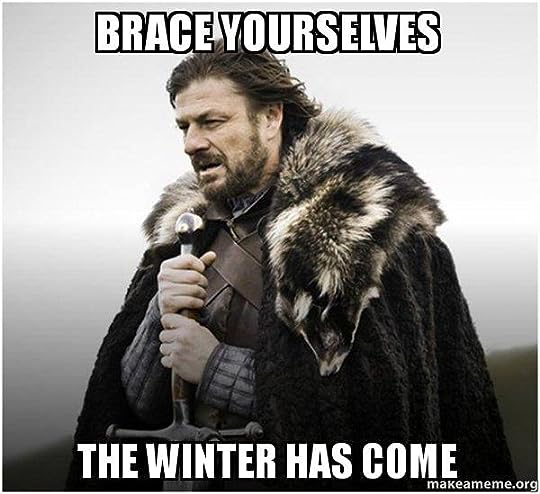 Mod
(i believe it's Jessica's turn, what order should we go in?)

Mod
(should we continue if there isn't a response in____Mins?)

Mod
((Can I maybe answer now, or are we gonna continue waiting for Jess?))

Mod
(so is the order me, Winter, Scarlett?)

Mod
Will appeared in the shadows. "Jacq. Leave them alone." he said, smiling.

Mod
Yang suddenly turned as another person had appeared and looked at them, Despite their calm and kind demeanour she was still scared.

"how d-do you know my name?" she asked and as a third person appeared and spoke she was overwhelmed, crouching down onto the ground in a panic as she rose her hands above her head and closed her eyes. she was shy and very bad in crowds and this many people this quickly was scaring her.

Mod
"Good." he went over to Yang and held out his hand. He could never harass another demon, he had to have some friends other than the demon king. "You want some help Yang?"

Mod
"Why do you know my name." Yang asked as she opened her eyes and looked at all of the people who had now gathered here.

Mod
"I tend to hang out with the demon king a lot so I make it my business to know everyone's names. Anyways what about you Bell do want to shake my hand 'cause it doesn't seem like Yang does," Will said turning to face Bella.

Mod
"Whatever," Will said and shook her hand. "I'm Will in case I forgot to say that. And you are Yang, Jacq, and Bella."

Mod
Yang slowly stood up and looked around the group calmly but nervousness present in her eyes, if anything else unexpected occurred Yin might just come out.

Mod
(i have another character that's a Human if anyone wants to do a different rp?)

Mod
"i'm a Hybrid between an Angel and a Demon, an act for which my parents were killed. i'm three in Human years." Yang said quietly with a slightly raised hand, her back leaning against the wall as she watched everyone with a red spot dancing in her eyes.

Mod
"I'm a fallen angel, but mostly a demon. I never knew my parents. I think I'm seventeen in human years. Also I have a knack for killing mercilessly. But I love other demons."

Mod
"you're a fallen angel?" Yang asked as she turned to look at William with a strange glint in her eyes, she hadn't met another Fallen Angel before and hoped she could learn something.

Mod
"Yeah. I have been for like 14 years. And yes this is the queen of which loves terrorizing young demons."

Mod
at this information Yang seemed to jump and took refuge behind William, keeping the queen on the other side and peeking around William to watch her.

Mod
"Well it's true. We wouldn't want to lie, now would we?" he laughed at that. And turned to Yang. "It's alright. She won't hurt you. She's not that bad." he reassured her.

Mod
Yang slowly walked back out from behind William and tried a smile, lasting only a moment before it returned to her nervous state and she hide again.

Mod
"Yeah. Don't worry. we'll protect you if she does," Will said thoughtlessly, causing Yang to wimper. "Which she won't," he added as an afterthought.

Mod
Yang frowned slightly at their Words, but they did make her feel better as she came back out and straightened her white Dress. she was simply glad Yin hadn't come out yet.

Mod
Will laughed. Jacq glared at him, causing him to laugh harder. Finally the queen just gave up and smiled lightly.

Mod
(aren't you not allowed to RP other characters, i keep seeing people telling others what their characters are doing? though Yang would seem to brighten up.)

Mod
((I do that all the time. I just don't do dialogue. But if you don't won't that she can delete her comment...))

Mod
(no, i just wanted to check)

Mod
Yang now turned to William before Smiling and wrapping her arms around his, it seemed that Yang was accepting Will as a sort of older brother figure now.

Mod
Will looked down surprised. It was the first time anything, anyone had shown real affection towards him. He wrapped his arms around her and hugged her. "How 'bout later you come down to my room. We can just talk about things you want to know," he said crouching to look her in the eyes.

Mod
"that'd be nice." Yang said as she turned her head and smiled to William, eyes closed as she hugged him tighter now before loosening again. Yin however was displeased at being restrained with Yang's positive emotions, see Yin could only come out if Yang was in danger or experiencing negative emotions.

Mod
"Great! You know where it is, right?" William asked. Why the hell am I doing this!? Damn, must be that lightness in me. Oh well Yang seems okay, but hybrids do tend to be dangerous.

Mod
"uhhh, no." Yang said as she frowned and seemed a little defeated as she let go of William, she had agreed to met before learning where it actually was they were meeting.

Mod
"It's okay. It's near the tower so just head for that. I'm the third door on the left from the tower stairs. Got it?" he replied and smiled. She was just so adorable!

Mod
"Tower....third door....left....Stairs...." Yang said as she closed her eyes and brought her hands up, concentrating hard as she committed it to memory. her face all scrunched up as she thought before opening her eyes again and smiling once more to William, tilting her head as she spoke this time. "Got it."

Mod
"Good!" Will said smiling. "Bell do you just want to hang out later. I was thinking that there is a restaurant in town that supposed to be really good. Want to go?"

Mod
"Um, I don't really know. I just found out about it so I didn't do my research, but I think they have almost anything! And Yang I'm free on Monday, if you want to do something then!"

Mod
"okay!" Yang said happily as she still clung to Will's arm once more, yes she was haooy and looking forward to it but it didn't change the fact she was still lost in this dungeon.

Mod
"Speaking of directions, do you even know the way out. 'Cause if you want I'll show you. I've been lost down here millions of times. But when you find your way it's a good place to hide. Especially for hide and seek," Will said with a hue grin plastered on his face,

Mod
"that would be nice." Yang said a little shyly, embaressed to admit that she didn't know the way out as she looked down at her feet and kicked the floor gently.

Mod
"Cool! Do you want to come Bell's?" he asked looking back at her with a goofy smile on his face. He knew it as weird for demons to be dating but there was a king and queen and they were married!

Mod
"Yeah, whatever. So how'd you two run into each other anyways?" Will asked lightly floating on his wings.