SO where to begin on?

I thought it was the leaders have issue but sure maybe like the leader of one and then the second of another, with the lead of the second being attracted to the girl?

I guess injure works, how bad though?

So I think a bad sprain would work or maybe they slip something into the food of the girl(you) and my guy thinks that was the wrong decision and the leader says something about win at all cost, that work?

Ok then at what time did you want to start in the story, like before the actual competition or when My guy figures out his leader poisoned one of the other group?

Alright then, so meet a few days before then?

Yea, soe did you want me to start then or you and mind us posting some charrie info so we can look back? 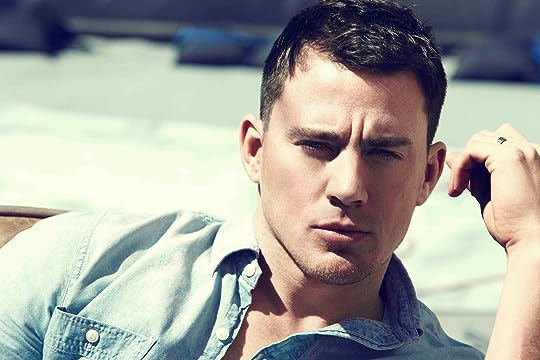 Hey thought might as well since we doing a dance thing XD and ok so you start or shall I?

OH well then, care if the group has a name or just leave that alone?

((Was your groups suppose to be there first or his?))

((No just was watching things and lil tired if i'm honest))

Tyler went over and drank some of the water he brought, having been doing dance practice with his crew for quite sometime now. He knew they had more to practice but was fine as this was something he was good at.

Tyler looked over at the door as another group showed and the leader went over and started asking what they were doing here as they had reserved the space already.

THe leader argued otherwise, Tyler standing behind them thinking they might be able to share the space or compete for it maybe. He saw the woman talking was quite fierce in what she said which he admired some.

"Why not split it or maybe compete for it?" Tyler asked, knowing his leader could be a bit unreasonable. He stared back though not as angry as her stare was.

Tyler heard his leader about to start fuming but scowled and then the guy agreed and had his group shift to the side they were on already. They practiced the basic points of different parts of their routine that gave their competition nothing, Tyler's being the more advance parts.

Tyler half watched the other group, paying more attention to the girl who locked eyes with him earlier which after they all had been going for hours and were sweating harshly he bent over and drank some water, chugging the bottle down before seeing her kiss the guy in their group but didn't seem to enjoy it. He went over to her after she and him were the only one in the room, waving at his crew leaving. "So forced into that?" he asked, seeing if he was guessing right.

"Just seemed you weren't into it, pardon my asking" he said with a hands off gesture and turned around, heading back to his bag since she was so defensive.

Tyler went to leave and noticed it was just after the woman he tried talking with from the other crew. He then saw his own crew blocking the door so he went to tell them to move though it took a few seconds.

Tyler sighed as he came up behind her and scowled at his crew members. "Move" he said coldly, his tone saying not listening would end quite badly as he was the number two in the crew.

"What did you plan on doing?" he asked, his scowl saying if it was violent damn right he would defend her. He turned his hands into fist just in case.

"Your lying and while that is true" he said with a smile, shifting so he was in the way of them now. "If you plan to do anything to her, gotta get through me" he said with his arms crossed over his chest.

Tyler turned his head to her as she said she didn't need help rolling his eyes as he was sure alone she could take one or two alone but not five. "You do, just too proud to admit it" he said with a sigh. He growled as the idiot now attacked her which had him step forward and try to get in between them.

Tyler growled as he saw what he thought his crew weren't capable of and as she started fighting he shoved the guy in his way into the wall. "Not happening" he said as he grabbed the next who was pinning her to the wall and tossed him back too, grabbing the other guys arm.

He growled at the others and when they all tried again he socked them all in the face as the girl slumped to the ground. "It looks like you can't breathe" he said getting out his phone and calling 911 for her and getting an ambulance.

He nodded and went over to her bag, getting what he could guess is her pump, hoping he guessed it was right. "This?" he asked handing it to her.

"Alright now?" he asked as he watched her suck down some breath as if she had come from drowning. He patted her back as he though she need some comfort after near being choked out.

"Alright now?" he asked as he watched her suck down some breath as if she had come from drowning. He patted her back as he though she need some comfort after near being choked out.

"Well we should run you to the doctor just to be safe" he said having an arm on her back as she fell back and he held her up. "Really okay?" he asked, picking her up some and smiling as from holding her he did feel she was quite fit but most dancers were.

"Well if you can't do that mind if I tag along for a little just to be safe?" he said, dropping his hands after she stood so she didn't think he was getting handsy.

"Well I am done with mine as of now so no harm right?" he asked thinking that would help his case.

"My decision after what they tried, not being on a team with garbage" he said with a chuckle her caring all of sudden actually funny to him since she was against him being around when first they met.

"It isn't" he said with a shake of his head, solid on that fact. "I am fine being involved since they just showed that I shouldn't be friends with them in the first place" he said with a chuckle. "Just let me make sure they didn't hurt you beyond the breathing" he said with a shrug, sticking his hands in his pockets.

Tyler raised a brow as she giggled and blushed, then stopped and suddenly ran out. "Odd" he said getting his stuff and walking out, oddly to where she had gone, the bus stop.

"Yes and for the record, I got me kicked out not you" he said with a smile. "It was just coincidence we both came here by the way, Tyler" he said introducing himself now with a hand out.

"Nice name" he commented, shaking with a firm grip though she had some soft hands. "Eh no biggie, you needed a hand so I stepped in" he said nodding as the bus pulled up.

"I guess that would be chill, though you should warn them your bringing a guest" he said as he didn't want to walk in and have them come at him all at once.

"It happens sometimes" he said with a chuckle and shrug as she brought out her phone and he watched the head of the bus. He knew he wasn't going to be received well but better than being on a team that hurt to win.

Tyler smiled as they pulled up to the restaurant that he liked getting breakfast from, getting a greeting form the owner, not knowing it was her uncle. Tyler chuckled at the guy talking like a jamaican, not knowing if he was or not. The insult he just rolled his eyes at as that was probably the worst he heard about his dancing though it usually meant someone was jealous when only one said it. "I am, though that ended shortly after you guys were done" he said, not going into detail unless Celeste wished to.

Tyler shrugged at her mention of the fight, not seeing much of it since it was a thing he thought was just the right thing to do, former friends be damned. "Drunk right after practicing, do you always do that?" he asked, not saying why he asked since with all the motion he be slightly dehydrated and then the drinking just make it worse. "Yea, mom thought it be a good idea when I was young since I already showed talent" he said before they could start busting chops on it.

"It actually kills his brain and liver, as well dehydrates worse then soda" Tyler said, hearing that from his father, a recovering alcoholic. "Marvin Gaye never sang about that and plus I already did, while you were practicing and that was just the basic stuff I can do" he said with a bit of pride, mostly because this was his best talent.

((What you got emily looking like since never described her?))

((Sure, Emma is a beautiful if not so much sexy girl, maybe like chloe mortez for Emily and like this look Emma? http://2.bp.blogspot.com/-2TOVfleye2c...))

"Yea that's not what I do and you mind if I chill for a bit, was dancing even longer than you all were" he said with a roll of his eyes, her flirting not affecting him.

((Yea, that was the point, Tyler not a big flirt and yea long term favor Emma))

"I think you're using that word in the wrong situation" Tyler said with a roll of his eyes back. Tyler shrugged, not thinking it was a big deal at the moment as he just stretched his arms over the back of the couch and laid his head back, sighing as he relaxed.

"What's stopping you?" he asked bluntly, seeing Ed treated her quite like arm candy. He hated dudes like that since Celeste seemed a nice and fun girl so why treat her like she was just some bling not a person he should be thankful to have?