So want to make up my character real Quick? 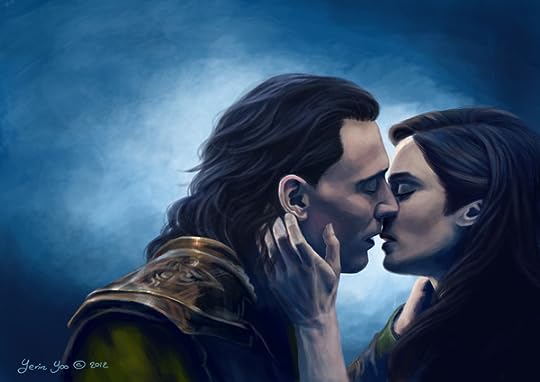 Okay have mine up real quick

{Personality}:
> Cruel
> veryloving towards her husband
> Always hungry
> merciless
> Dangerous
> easily jealous
> demonic
> intelligent
> lives up to her name
> To be rp'ed

She is a shapeshifter of animals that prowl at night or are around dark legends her abilties are anything a dark mage can do she is just as powerful as a god herself. Out of her home realm she takes on a human form but when she returns she turns to her fairy form. She is technally the alter ego of the Seelie queen and she rules imps, trolls, black unicorns, etc etc but her realm after a dark elf invasion is low and soon with out caste until she married loki and it is up to date and to her liking. Loki is her true love but he can pick at her nerves but she loves him for it. 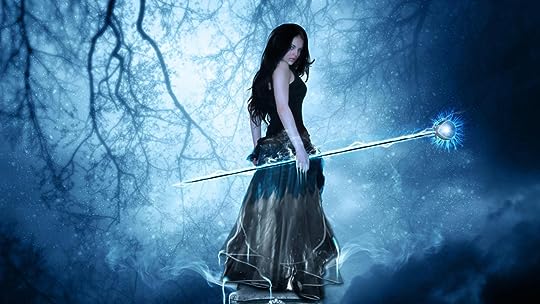 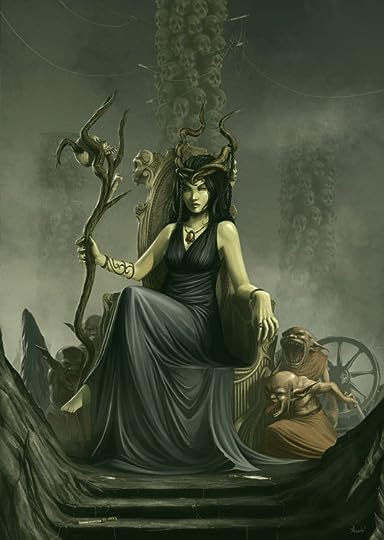 Personality: Mysterious/Suspicious, you can see it in his eyes. Even in the dark, he's very mysterious. He doesn't want to be seen on some things. He's slightly Stubborn.

Powers: Illusions, his illusions are very easy to fall for. You don't know which one is the real Loki. You're seeing tons of Loki's all around you. Magic, pretty much of any type of magic. Shape-Shifting, this type of power is difficult to caught him. Like when Thor tried to stop Loki, but only to jump through Loki's shape-shifting.

Other: He's really a Jotun and Asgardian.

Awsome love this so much already.

Loki threw his daggers and knives against the wooded fence in rage. Between of nobody understanding him and Thanos haunting him night after night, everything wasn't the same. "I'll show those mewling quims what shut up means. They have no right of being fools." Loki muttered as he threw the blades hard. He still remembers the hauntings of his dreams. Dreams that never went away.

Lilith paced down her castle halls. She had been looking for her spouse for hours. She padded on light feet and huffs. knowing she'd cover more ground if she turned into a feline. She had kept the realm hidden and it's walls and boundries in nobodies eyes but her's and of Course loki's. She finally found him in the garden throwing blades at the eerie would of the garden fence. She quickly took on her unseelie form and came behind him wrapping her arms around his shoulders softly.

Loki sighed, "How many times do I have to tell you about not sneaking up on me?" Loki was still gripping the blades tightly in his hands and he looks at the wood that was tortured by his blades. Loki thought for a moment before asking, "Is there something you need?"

"And how many times Have I told you to stop using your magic to confuse the unseelie court, so we're both equally defiant." She replied back smiling, She enjoyed doing this to him. "I am feeling lonely My love. Come spread some chaos with me to the Seelie realm, their queen keeps pestering me and its best to keep her away."

'Since when I used my magic on you folks? I want to cause chaos on the abyss and kill the Chitauri, the Other, and Thanos. Must kill.' Loki's mind raged just by thinking about his ex-friends. Loki was thinking about chaos and freezing the enemies with the Ice Cube and maybe use the Tesseract to distract them.

She smiles softly and ran her finger tips down his spine she always enjoyed the shivers she sent throw him. "Ease your angered mind my Dear. Even as a a being of your noble stature you can still over work youself." She cared greatly for Loki. She trusted Loki enough with her heart and secrets. Lilith would always support Loki even if he would oppse it some days. "When your brow furrows when you thinking it is quite the most intrigging sight."

reply | flag *
message 15: by [deleted user] (new)
Aug 05, 2015 12:19PM
Loki sighed and looked at her. At least she didn't have to go through torture after torture with enemies that want death of their prisoners. He was still on the death list. Being a half Asgardian and half Jotun isn't a easy living. He nearly died in some wars years ago, but now he couldn't fight without those hauntings.

Lilith shifts into a female cats and rubbs her sides on loki purring. She wanted his attention and she was soon on his lap her front paws on his chest and rubbing her head gently under his chin. She also worked to ditract him from his troubled thoughts and mind, to help him think of better things.

She purrs loudly and nuzzles him. She enjoyed the attention and smiled softly. She closed her eyes she continued to purr. She opened her eyes once she heard a member of her court. She slipped from his arms and in a black buff of blackest clouds they animated her figure back to the fairy she was in a gown of nights black. The council member seemed to shiver in her radiance. "M'lady your new weapon has arrived." She turned to Loki. "Would you care to accompany if you would enjoy so?"

Loki stared at her for a moment and then replied, "Sure. I have nothing else to do." It was his honest reply since he has nothing to do today. The only thing he did was throwing blades at the wood. More like torturing the dead wood as a target for his blades.

((sorry for confusing you. So your not confused. One of her council men have told her of the arrival of her weapon. So what is a queen with out a weapon and she has asked Loki if he wanted to join her to final see it. does this help?))

Lilith smiles and looked to her her court/council man. "Lead the way." She waited for Loki to get to his feet before she started to walk onward following the unseelie court member in front of her. She ducked so wooden headress wouldnt catch on a doorway. She had once done it before and it had made her the laugh of the century. She kept moving trusting Loki was walking with her.

Loki was following her as they were walking in the dark hallway with only unscented candle lights for lighting the hallway. He was still getting used to the dark realm, but he doesn't complain about it. Loki was curious about this new weapon. He wondered what this weapon could do.

Lilith rose a eyebrow as the came to a large door way to her throne room. Quickly the doors men opened the large doors. She stepped into the room and servants of unseelie kin moved about and worked to empress their Queen. "Bring it here." She ordered and a few trolls stepped foreward and held a pillow upon it s cylinder of steel carved with ruins Foriegn to Loki's database.

reply | flag *
message 23: by [deleted user] (new)
Aug 05, 2015 08:09PM
What was this weapon suppose to do? Kill or protect? What does this weapon do? Those questions filled Loki's mind as he stared at it curiously and then he looked at his Queen. He was very curious about this weapon thingy.

She picked up the cylinder and in her hand it grew and shimmered darkly into a perfectly crafted Staff to channel her power through it. Made of Steel her hands didnt burn from it's touch, being she is of unseelie blood. A rare blue moon stone fixed on it's top. "It seems the trolls never fail in their black smith abilities. But the question does it work." She smiles and on a unworthy servant she cast her magic ampliflied she turned the pathitic servant into a black moth. "Pleasing as well as powerful. My trolls are dismissed." She said. "My Love has your curiosity been quenched?" She gave a glance over to him with a smile.


((its the staff in her human appreance ))

The staff was different than Loki's scepter with a blade on the end as well as a blue stone filled with mind control powers. Loki blinked his emerald eyes a few times as if he was hypnotized by his own curiosity. Perhaps that old saying Curiosity that killed the cat was true. When he saw her looking at him, he felt his blush showing on his paled face as he nodded.

Lilith saw him blush and she walked over to him and places a small kiss on his lips. She always enjoyed the red that came to his face. Another joy was his blush spread and get a deeper shade of red. She commented on it with a smile. "My dear it seems to be a good color on you." Lilith awaited his reaction and to see if Loki's blush would spread.

reply | flag *
message 27: by [deleted user] (new)
Aug 05, 2015 09:47PM
Loki smiled as he blushed more deeply. It has been years since he blushed in front of her. Now he couldn't stop blushing like crazy. No matter how much he tries to hide it, he fails a little, but it wasn't a big deal. "Thanks." Loki said.

"It's been many years since I've seen you blush this much. I remember the first time I saw it upon you my love. That had been a sight to behold well on the conditions of the akward sitatation we had been stuck in." She almost purrs remebering the day. "As for you Your most Welcome."