Personality: {Must have at least 2 sentences}

Description: {Must have at least 4 sentences or 2 if one or two pictures}

History: {Must have at least 5 sentences}

Personality: Copperclaw is not a cat to contend with; but as long as your on his good side, you have nothing to worry about. There is nothing he cares more about than his clan, and keeping them safe and well cared for. He is a hard worker and has no limits when it comes to the success of those he cares for. He has a light humorous side when he senses no threat, and enjoys having a good relaxed time every once in a while; but don't get him wrong... He is always ready for anything. Apart from all of this, Copperclaw is regretfully terribly lonely, and this is part of the reason he is so devoted to the whole clan. He has no one specifically to care for, but his big heart must reach out to something.

Description: Copperclaw has a light copper colored fur giving him his name, with thick streaks of crimson decorating his exterior. His body is in fairly good shape, fit and mature; and he has no major scars or physical flaws that prevent him from success. One of Copperclaw's most honed talents, is his skill in battle. He is not the strongest warrior, but he fears nothing; and nothing will get in his way. He will fight to the bitter end for those he loves, and will not stop giving it his all until his last breath is taken from him. 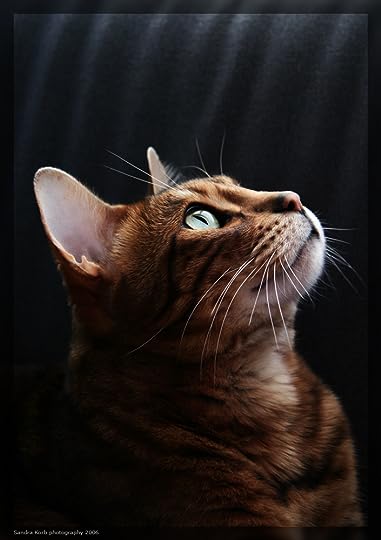 History: From the minute Copperclaw reached six moons, he knew he was destined for greatness. As he was taken as an apprentice, he quickly learned the basics of hunting and battling, and patiently but devotedly awaited the day he would become a warrior. At twelve moons after moons of hard training and experience, Copperclaw became a warrior of the Thunderclan, and enjoyed every second of the hunger and pain. He truly believed he was fighting for a great cause, and his faith in his clan has never faltered. After an extremely costly outing into the woods for food and supplies, several warriors were killed in battle, but Copperclaw survived and also saved many lives. Due to his service, he was granted the position of deputy of the Thunderclan, and everything in his life suddenly made sense. He had always known he was destined for something great, and this was his chance to prove to the cats in his clan, that they could not only survive; but thrive.

Mate/Crush: Mate or Crush? Copperclaw hardly has the time to focus on such trivial things; however, deep down he wishes greatly that he could find a mate... but not at the risk of putting his clan in danger.

Personality: Featherstar is a brave, loyal cat and is very loving. She's funny and she'll do anything to make your day better. She's majorly outgoing, although she can be quite viscous. In battle she may be your worst nightmare. Other than that, she'll do anything for her Clan, and to make it thrive, and strong, she will not let down to almost anything. But she has a darker side to her. She has trained in the Dark Forest, and when the battle came, she betrayed the Dark Forest and fought for her Clan. She's determined to not let any cat fall for the Dark Forest.

Description: Featherstar has light fluffy fur that is soft and very puffy. She has sparkling blue eyes with a hint of indigo in them, but not much. She is graceful in everything she does, such as hunting and fighting. But do not be fooled. Underneath she can be as ugly as an hairless cat, and would not shrivel in fear at the sight of a bigger warrior. She is tall, and has a skinny figure. She's light and fast on her paws. 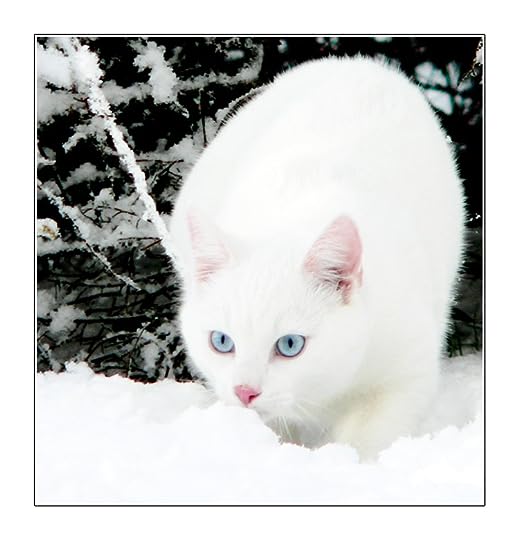 History: Featherstar grew up in a TwoLeg place, with her mother and father. She had a rather happy life, not knowing the dangers of the outside world. She thought everything was perfect, until a tragic thing happen. Her mother was killed by a badger, and her father left her alone after her dear mother died. She had to run to safety, which was the forest. She had never heard of the Clans, and had no intention to join them. That was until she heard of them, and decided she wanted to join ThunderClan. They took her in, and she began to become fiercely loyal to the warrior code. She almost was killed by fighting a badger attack, trying to save her best friend, and was seriously hurt. She was then made deputy, because of her loyalty to ThunderClan.


Other: She has many flaws.

Personality
She's very sensitive and shy. Extremely sweet, caring, and kind. She's very jumpy and if you want to get to know her and have her trust you, you must be nice to her. She loves birds and has never killed or eaten a bird in her life. She's scared to death of Featherstar and trys her best to hide from him.

Description
Beautiful white she-cat with yellow eyes, very long, soft, fur and not a single scar on her, and a few toms find her very pretty

History
Birdsong can't remember anything of her past as a kit. She was left in the middle of the territory to die. But a warrior of WindClan had found her and she chose to join WindClan, and become to be a warrior. She was fast at learning so was made into a warrior earlier than most apprentices. A few moons later, she nearly died from a badger attack. She has been scared to be alone ever since, but she'll only stay around those she knows well. She loves the sound of birds, and some times she'll sing with them. She finds the sound of the birds calming, and it makes her feel safe. If you're lucky, she won't hear you coming while she with her pet bird, Dove. Birdsong ONLY sleeps in a tree. She feels safer with her birds protecting her as she sleeps.

Future Mate
I must know the Tom more to see if he's the right one for Birdsong. But until then, they can be crushing on each other.