[Full Name] Ember Newmann
{Nickname(s)} Ash (view spoiler)[Ember acquired this nickname after being orphaned. She decided Ember was too graceful and did not suit her. (hide spoiler)]
{Aliase(s)} The Fire girl 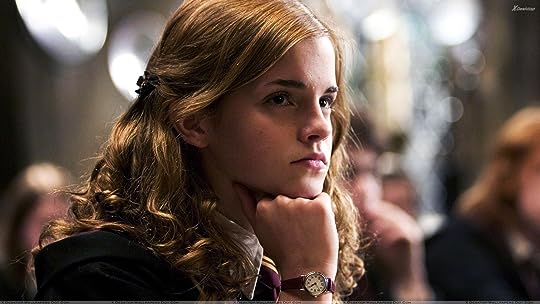 [Personality] Ember used to be a sweet, caring girl. She made friends easily, was outspoken, funny, cute and loved by everyone who met her. That was before her friend and his family died. Now, she's sulky, hardly ever seen as not sad, and has a temper that is easy to spark. She can get very aggressive at times, and rarely speaks.

[History] Ember wasn't raised up as other children. After her parents disappeared on a sailing trip, she was left alone, a fourteen-year old girl fighting for survival on the streets. Nobody took pity on her. Except for one family.
They had been friends since childhood, Jace and her, and their parents tight friends. All in all, Jace was an older brother to her. Five months passed. Ember was returning from school when she found the whole house on fire. Screams came from inside- and she could distinguish the voices of the three people, and the only people she had ever come to love. Now, they remain as fading shadows in her heart. Ember chose to change her name to what remained of the house, to not forget, and to remember the people she had so loved. And now, she hopes that whoever she comes to hate will crumble to ashes as those she had loved had succumbed to flames which left them only glowing embers before the wind stole that, too.

Mod
Name: Toby, his last name is unknown.
Age: His age isn't certain, but everybody guesses about three or four.
Appearance: http://savvyauntie.com/Admin/Images/A...
Personality: Toby has a bubbly personality and is very playful, like most young children. He can be very random and seem very unfocused, but he pays attention to most things around him. He most often looks up to the older children, often doing as they do.
History: Not much is known about little Toby. His life before he was found is a mystery to most, though it is assumed he was just abandoned by his parents. He was discovered on the side of a highway while only a few months old. He's been around the Underground since he was a baby and just assumes everybody is his family, calling them his "brothers" and "sisters".
Any Other Information: He's currently the youngest to be living in the Underground.

Hey: if you you want to make it an actual picture, try this, removing the dots. 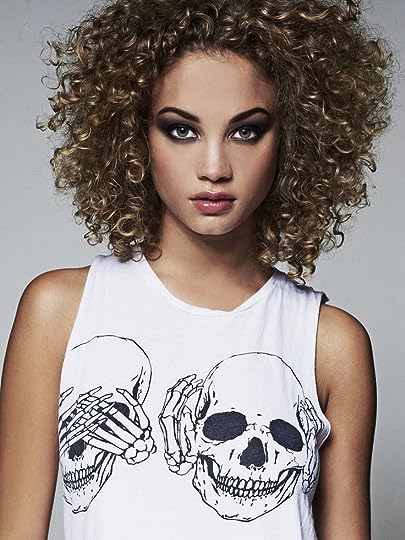 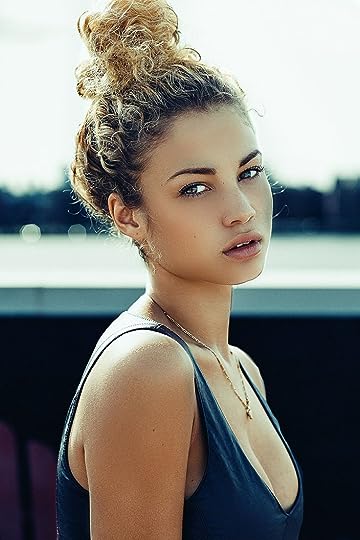 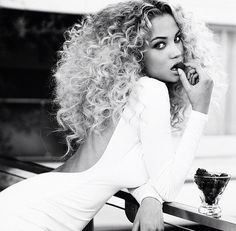 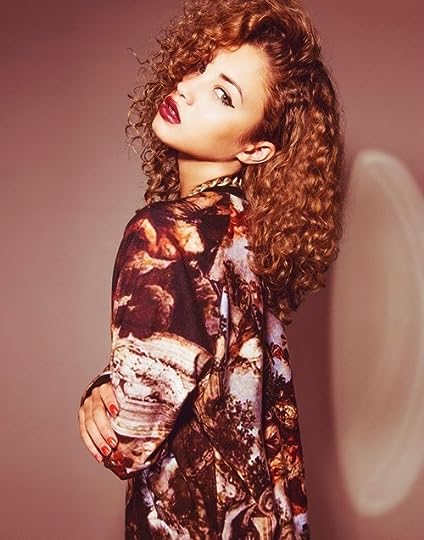 Ara has always been a fiery woman, many people regard her as a ticking time bomb, filled with barely suppressed rage and lust. She comes off as a flirtatious sort of girl which is true, she can't seem to help herself, but you'll never really known if she means it or not, you'll just have to rely on her word. Arizona doesn't take orders, not now and not ever, she's a strong minded woman with her own mind and will never let anyone bully her into their way of thinking, she's got a short fuse, so be warned now, DO NOT LIGHT IT OR ON YOUR HEAD BE IT. She see's many of the children here as her responsibility, taking the younger children under wing if she believes they're struggling, having almost a mother like figure to these outcast children.

Arizona's story is not a nice one, so be warned now, you'll probably see her in a different light.

Born to a single mother in the Bronx, Ara knew at a young age something was different about her mother, after hearing from other children that their mother's stay home at nights, making dinners and keeping the house clean, whereas for Arizona, this was nowhere near the truth. Felicity, Arizona's twenty-one year old mother refused to give up her youth to raise her child and instead took to the clubs and carted young men home in the early hours having left her four year old daughter locked in a room with a basin and an open tin of cold beans.

This was how life was for Arizona until she was perhaps thirteen, that was when life was starting to be a little more.. cruel to a young and innocent Arizona, with her mother +9

Name: Tasha
Age: 13
Appearance:http://ts4.explicit.bing.net/th?id=H....
Personality: Tasha has a temper that seems to last forever. She always tries to see the good in bad things but doesn't always succeed. She doesn't like other lives to be in her hands, that scares her but she will fight if she has to.
History: Tasha ran away from an orphanage and made her way to the Underground. She doesn't know whom her parents were or if she has any other relatives. She often goes out on her own to find as much food as she can for the rest of the Underground.
Any Other Information: She never goes anywhere without her (stolen) knife.

Personality: Jackson is very open, willing to talk to nearly anybody. He can be caring, on rare occasions, but for the most part he's faking any kind of sympathy towards another person. He's pretty laid back for the most part, rarely getting stressed out.
History: Jackson was a troublemaker as a kid, living in the southside of Chicago. His parents were never around, his dad was either passed out in some alley or drunk at the bar down the street, and his mom just left for lottery tickets and never came back, but he never let that stop him. By the time he was thirteen, he decided to leave Chicago and take a bus to somewhere far away, which he did. But, things got hard and he was caught stealing and he spent the next three years in hiding. After he was sixteen, he found the Underground and had been living there ever since.
Any Other Information

Colton *AKA Razor* wrote: "Accepted , but the link doesn't work."

Name: Ryder Flynn
Age: 14
Appearance: dark brown hair green eyes 5"11 tannish skin
Personality: Is a shy guy who say orry no matter what happens he tries to make vrybody happy
History:Ryder ran away when his dad bused him everyday treating him like a rug he would go runaway but he will and him and abuse him more

Any Other Information: he has scars and cuts all over him

Name: rose (Rosie for nickname)
Age:16
apearance: https://encrypted-tbn3.gstatic.com/im...-
Personality:Bubbly, big hearted and shy...can be sarcastic and flirty when she is comfortable
History: Abused ever since age 5, she has been beaten so badly he has scars all over her back. when she did not do what her father told her to do she was wiped or thrown down the stairs. Her mother would make her do house work, even If she was sick. If she threw up on the job her mom would make her clean it up then do the rest of the work. She just ran away when her dad threatened to kill her. She has been abused physically and mentally.
Other: she has low self esteem and wants a boyfriend but has never had one.