Here we areee :) so I was thinking the name for the academy to be Harvey Academy for Exceptional Young Adults, and on the outside it looks like this prestigious, super expensive boarding school but if you qualify or if your parents are also secret agents you can apply and be accepted into the school and train to be a spy :) So sometimes there's students who grow up in a house of spies and then there's others who can't tell anyone what they actually learn at school. Does that sound good or is there anything else you'd like to add?

Awesome! I'll start on my characters then :)

At least two, boy and girl each, and would you like romance? I just like having a boy and girl just to keep it even

Yeah, of course, whatever you're comfortable with :) Nothing past kissing then

Yep! I'm just going to use a basic outline for the character format. You don't have to use this one if you don't want to, but I'll base mine off of this.

Full name:
Nickname(s):
Age: 14-18
Grade: Freshman (9)-Senior (12)
Appearance: either description or picture
Style: what he/she would wear on non-uniform days, or what kind of accessories they wouldn't be seen without
Height:
Weight/Body type:
Eye color:
Hair color:
Personality:
Birth marks/Tattoos/Piercings/etc.:
History: a bit of background on your character
Family:
Other: any sports? extracurriculars? favorite classes? anything else we should know? 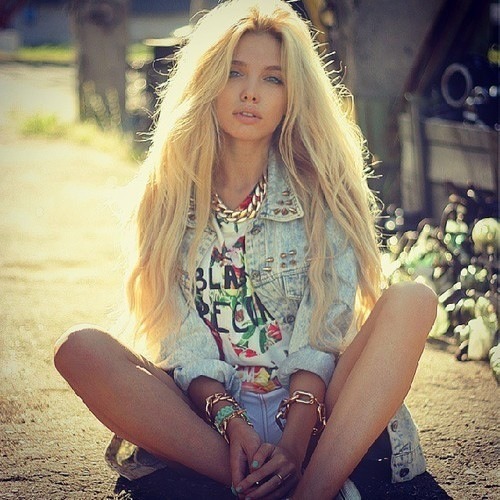 Style: she's the definition of hipster. She wears anything that's so old that it's trendy or has the potential to be trendy but hasn't reached it yet. She tends to be partial to anything denim or studded.
Height: 5'9
Weight/Body type: 120 lbs, pear shaped
Eye color: grey-green
Hair color: blonde
Personality: tbrp
Birth marks/Tattoos/Piercings/etc.: N/A
History: Her parents are divorced, her brother's a jerk and they don't know she's still alive because she ran away from the pain and drama at 14 and was found by Harvey Academy. Well, after she hacked their server and found out they weren't all posh after all.
Family: Mother, Father, two-step fathers (her dad turned out to be gay when she was 12), and her brother. None know she exists currently and is supposedly dead. This makes her a great spy.
Other: She loves gymnastics, hip-hop dancing, rapping, etc. She only likes classes depending on the teacher. 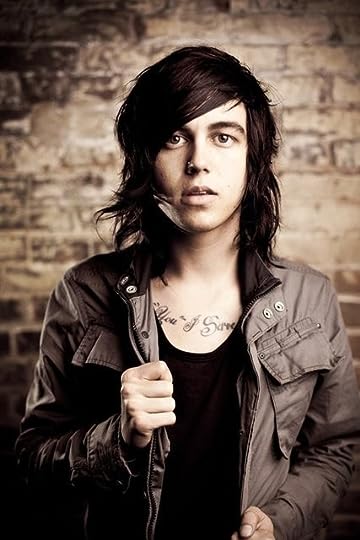 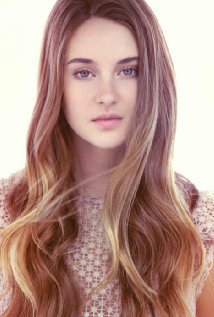 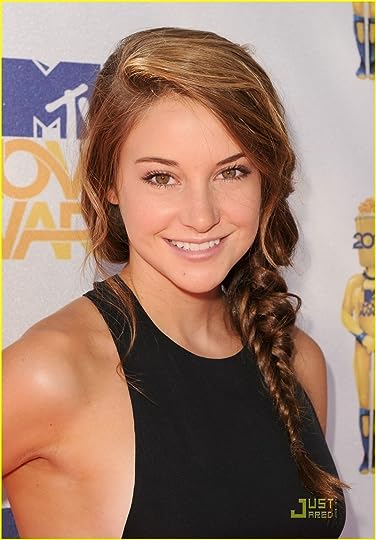 Style: Chelle will wear almost anything. Sweats, jeans, dresses, combat books, high heels, you name it. She's always been good at pulling off almost everything she puts on.
Height: 5'2"
Weight/Body type: 105 lbs; curvy/hour-glass shaped
Eye color: hazel
Hair color: light brown w/ gold highlights
Personality: Bex is a generally feisty girl. She loves action and adventure, and though she always loves to have fun, her short temper can get in the way of things occasionally. She's a very independent young girl, and her strength will surprise you. She's close to her friends and trusts them with everything, but it will take years for a stranger to earn her trust.
Birth marks/Tattoos/Piercings/etc.: Her ears are pierced like this and this tattooed on her forearm: the New York skyline.
History: Bex grew up in New York with both her parents as an only child. They were both special agents working for the CIA, but she never found that out until she was invited to apply at the Harvey Academy, the infamous school where only the smartest kids are accepted. Once she learned what her family really was, she was stunned - but more than willing to join. The Harvey academy is the perfect school for Bex, and the kids she's grown up with there have become her family.
Family: Mom, Matisse, and Dad, Marcus.
Other: Bex is smart, as all the other kids at Harvey are, but her best class is what a normal high school would call physical education. Fighting, hand-to-hand combat, and stealth training are her best subjects, along with covert operations, which is an in-the-field training class to teach the kids all sorts of things that will be used in the real world. 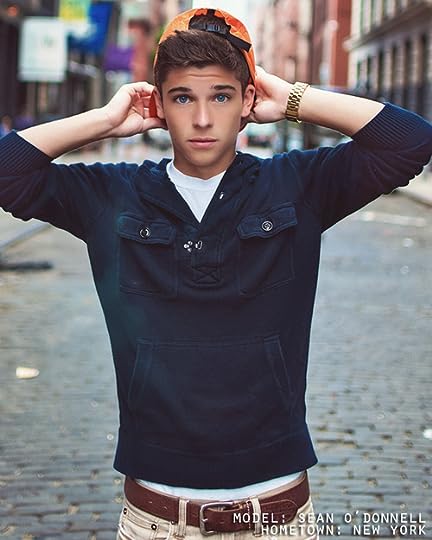 Height: 5'7"
Weight/Body type: 145 lbs; muscular
Eye color: Bright blue
Hair color: Jet black
Personality: Jack is an outgoing individual. There is no comfort zone with him; he's comfortable doing anything and hardly ever gets embarrassed. He's got a positive attitude and kind heart and is rarely seen without a smile on his face.
Birth marks/Tattoos/Piercings/etc.: None
History: He grew up with his mom in the small town of Estes Park in the Rocky Mountains, never knowing his father. He lived in a house just a block away from the ivory stone walls that guarded Harvey Academy, never knowing what actually went on in there until he graduated middle school and got his acceptance in the mail. When he learned he had been accepted into a school for spies, he immediately jumped at the opportunity. Not a single member of his family knows what he's actually capable of, and what the school walls hide is still a mystery.
Family: Mother, Charlotte, and a little brother and sister, twins named Finn and Paisley.
Other: He particularly good with languages. Though he's met the senior requirements of being fluent in at least twenty languages, he can speak almost thirty, and can easily blend in to whatever country of his choosing.

can you start. im just heading to bed sorry!

No, it's totally okay! I was just wondering; do any of them know each other or are they friends yet?

Bex headed down the stairs and into the foyer of the school, where both wings of the building were flooding in together, boys and girls going from separated to inseparable, her friend Harley by her side. Every student wore the designated "formal" uniform: girls in red and gold plaid skirts with red blazers that held the Harvey crest on the breast, boys in beige khakis, their nicest shoes and matching blazers for themselves. She smiled as she stood mingled in the group of kids that headed to the dining hall for the welcoming dinner; she'd missed the school dearly over the summer.

Jack was running out of his door, trying to put his shoes on and run down the stairs at the same time, his roommate Mason following his lead. He laughed as he nearly tripped down the stairs while slipping the blazer on. They were both running late for the dinner, something highly frowned upon at the academy, though they really couldn't care less. Pants wrinkled, blazers unbuttoned, shirts untucked and shoes untied, the pair ran into the dining hall, where the let out a sigh of relief. The headmistress and headmaster still weren't there, so they had time to make it to the senior's table where they fixed their attire.

((hm...i was think Raph will be a bit of a shadow but since hes a senior he wont be new but obviously leslie has been there a while so probably knows some people.))

Rapheal sat at the Seniors table with the other's. He was in the back corner of it surrounded by shadow. Somehow even though he was in the same uniform as everyone else, he still looked dark and somewhat goth. He hadn't missed the hustle bustle social life over the summer. She had missed the classes. He had missed the training mission that sometimes acrually saved the world. Or nearly destroyed it. That had happened a few times and then the FBI Black Ops went in to fix it in the nick of time.

Leslie was sitting alone at the table. Not alone-alone. She had people on every side and started a conversation every now and then but well, she didn't talk much. She didn't let people close. People who got close hurt her. That's all she remembered. Her parents. Her brother. They had been so close, so happy, until Leslie was 10. Then her brother turned jerkface taking all his pain out of her. Her parents split. Her mom remarried. Her dad completely changed and remarried a guy. And she had turned invisible until they needed to yell. No, she avoided getting close to people pretty well since then and tried to never tell her tale to people.

((Well, maybe they could all meet in a class they have together? Like covert operations?))

Bex took her place at the Junior's table, stopping mid-laugh as the sound of the headmistress's voice boomed through the full dining hall over the speakers. She looked up, to the end of the long hall, where a long table was placed over looking the students like a scene in Harry Potter, and boys' headmaster and girls' headmistress stood at the podium, light smiles on their faces.

Jack snickered at something Mason said after the speakers came to life, kicking him under the table and quickly shutting up when his criminal justice teacher frowned at him. His attention immediately flew to the two at the podium, getting ready to hear a slightly different version of the same speech he'd been hearing since his freshman year.

"Good afternoon, students," Headmistress Chandler said, her voice steady, into the microphone, and a unified, "Good afternoon Headmistress" was droned out from the students. "I trust you all had a relaxing summer; you all deserved it. Just a few quick reminders: the self defense gym is only open to sophomores, juniors and seniors. I don't want another incident with the freshman's parents suing me for having half of his teeth knocked out. Chemistry labs are closed by curfew at 10. That means no more midnight explosions." There was a dissatisfied "aww" from a group of sophomores before she continued. "And boys: if any of us catch you in the girls' wing past curfew one more time, you'll all be cleaning the gym until your knuckles bleed." Her smile was light, but there was a hush among all the males in the room and the girls snickered. "Alright, we won't keep you from your dinner any longer. Welcome back to the Harvey Academy, and have a wonderful year, students."

Raphael ate silent as the chatter continued. He looked at his new schedule, memorizing it. He knew what spy field he'd go into. Forensics, like his mom. Now that the opening speech was done he ignored everyone and everything around him. He was essentially invisible. Just the way he liked.

Leslie was eating at the juniors table. Listening to people talk about where they had gone for the summer. She had stayed here under the care of the headmaster and mistress. She had to because she had nowhere else to go. Les said nothing about hers for that reason. She hated trying to deal with the questions of why?