Ello *with my unconvincing british voice*
So zombie apcolaypse.

Yes!!! Zombie apocalypse! Did you have a rough storyline or just that? :)

Works for me.
So charries.

I want the boy! I know weird but I do that more than girls

Awesome. I'll make my girl now then. What age? 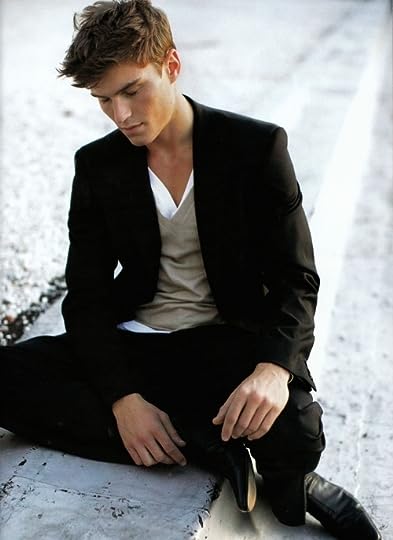 Personality: He's protective and tends to think before he acts.
Other: Has a 4 year old sister named Eve.

Name: Lily Smith
Age: 17
Appearance: (try get a pic later)
Lily has long, wavy, auburn hair. Her eyes are a dull bluey green and are lined with light coloured lashes.
Personality: Lily is nerdy and always thinks things over a million times before making a decision. She's caring but only if you treat her right.
Other: She is the only girl in her family of six. Her mom died when she was ten leaving her father to raise her and her four brothers.
Ky ~ 19
Lewis ~ 17 (Lily's twin)
Max ~ 12
Jesse ~ 8

Lol so want to start?

Either they stumble on to each other
Or Lily finds Eve(I'm scared of meeting all her brothers :p))

Lily could find Eve?
(I'm scared of remembering all her brothers! ;D)

Lily walked through the park, pulling her jacket around her tighter. The wind was so cold. She shivered again and rubbed her frozen hands together.

Eve swung on the swings. Her brother had told her to stay out of sight but he rarely let her outside so she jumped at the chance to play.

Lily glanced over at the old metal swingset. She frowned when she saw a young girl there. She appeared to be on her own. After debating with herself about whether to go over or not she eventually walked over to the swings.

Eve finaly looked up and saw a girl coming toward her. Scared she jumped off the swings and ran off.

"Hey!" Lily called out. "I'm not gonna hurt you." she said and walked a couple of steps in the direction the girl had taken off in. She sighed and shrugged it off. No one trusted anyone these days.

Eve hid behind the tree and peeked her head out watching the girl. Deuce said to stay away from everyone especially if he wasn't there.

Lily sat on the swings and pushed herself back and forward until it went by itself. The little girl was being smart. She was right to run off. Lily glanced up and saw a small head peaking out.

Eve stuck closer and hid behind a tree closer to the swings wanting to watch the girl.

Lily felt eyes on her back. She turned around and looked. She didn't see anyone but that meant nothing. She frowned but went back to swinging.

Eve crept closer and froze when she stepped on a twig with a loud snap.

Lily jumped up immediately. She turned around and looked for the source of the noise, her body tensed to run. Her eyes scanned and landed on the little girl again. "Oh it's you." She said relaxing her posture.

Eve looked at her silently, not sure what to say. Her brother hated her talking to other people. Put the girl didn't look like the bad things she looked normal.

Lily gave the girl a warm smile. "I'm not going to hurt you. Promise." she told the girl. "My name is Lily. I'm one of the good guys." she said resisting the urge to roll her eyes.

"Eve? Is that your name?" Lily asked, not moving from her spot. "That's a lovely name." she complimented her.

She nodded, "Thank you." she skipped over and climbed into the seat next to Lily and started winging.

Lily smiled and started to swing again too. "You're welcome." she said kindly. "So what brings you out on a cold day like this?" she asked Eve curiously.

"My brother had to get stuff." she shrugged and looked around again.

Lily nodded. "Does your brother know where you are?" she asked.

Lily nodded. "Right." she said quietly. "So you're just waiting here until he comes back?"

Lily made a face. "Would you mind if I waited with you?" she asked wanting to make sure Eve got home okay.

Eve shrugged, "Do you have a brother?" she asked

"I have four brothers." Lily told Eve. "They're all really annoying."

Eve giggled, "I'm luckier than you."

Lily nodded in agreement. "Yes. You are." she smiled.

Eve giggled and look around again and smiled seeing her brother, Deuce, and ran over. "I made a friend!" she told him happily.
Deuce checked to see if she was hurt, "I told you to stay away from people."

Lily watched as Eve ran over to a boy about her age. That must be her brother. She looked him over and smiled to herself. He was kinda cute.

Deuce looked up and noticed the girl watching him, "Thanks. For watching her."

Lily startled. Was he talking to her? He was looking at her as if he expected an answer. What did he say again? Thanks. He said thanks. "Oh it's fine. I was passing and saw she was alone so I checked on her. No biggie." She said, sounding a little flustered.