So who would you like to be most of all?

I suppose I prefer Guy B, but I've been playing Guy A every time I've done this. So it really doesn't mater to me, I'm comfortable with both of them.

Okay (: I'll have to work on a character for him though, so the making process might take a bit longer.

Okay. You can post your first, I have to log off for a little bit to do some work. 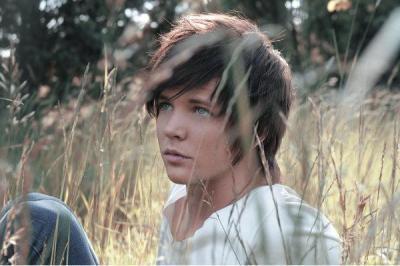 (view spoiler)[Hair Color: Brown
Eye Color: Green
Weight: 5'11
Height: 124 lbs
Distinctive Markings: None (hide spoiler)]
Personality: Timothy is charismatic and very charming. He's eloquent and likes being with people. He is very extroverted and actually quite nice. He's a leader for his friends, but he doesn't have any.
He's gay. People make fun of him and simply brushes it off as if the words turned to dust on his shoulders. He cares if those that love him insult him and hurt him.
Likes: People, reading aloud, parties
Dislikes High school, immature people
Family: Henry Williams, father, 28
Lillian Adams, mother, 39
Other: His father had raped his mother when she was 22. His mother kept him and raised him best she could and thankfully got all of her traits.
His father died while drunk driving when Timothy was one. He crashed into another car at eighty miles per hour, he died, killed the other driver, and severely injured the passenger that soon died after a few months.

I like him! (: I'm sorry I haven't been replying to you, to make a character I have to be on my desktop at home, which I haven't been able to get one for most of this week. I'll either make him tonight after work around 7 or tomorrow. 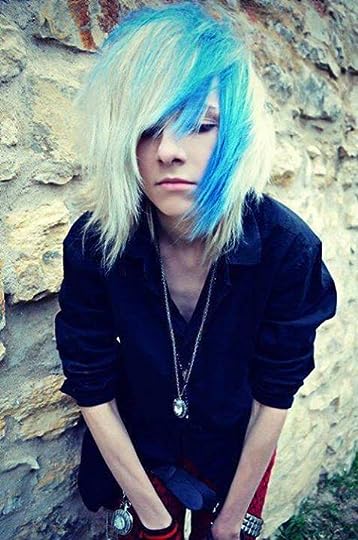 //Hair Color// White and blue, his original being brown
//Eye Color// Emerald green
//Body Type// Micheal stands at 6'3, being tall for his age, but he is very skinny, weighing 125 lbs. He is very slim and small, despite his size and many people assume he is anorexic, but he isn't. Just has a high metabolism.

History
Micheal has very young parents, his mother getting pregnant with him when she was 14 years old. She didn't know if she should give him up or not, since the father would not take care of him, but she decided to keep him. She tried really hard as he was growing up, getting help from her own parents while she went to school. Even though she got made fun of, that never slowed her down and she changed into the strong young women that she is today. Micheal growing up was always crying, for no reason either. He was such a mama's boy, always wanting her to hold him and love on him, which she did. He wasn't spoiled once he got to being a toddler though, just very shy. When he started school, he got mad fun of because of his lisp, but in 4th grade, his best friend Timothy but a stop to all of that, helping Micheal through everything. He loved Timothy for that, and they remained friends for many years, eventually dating when Micheal was 14. When he told his mother, she wasn't angry like he thought. She simply said " Why didn't you tell me earlier? I knew you were gay when I caught you and Tim taking a shower together!" So, he has a very supportive mother and a wonderful boyfriend.

Personality
Despite his looks, Micheal really is a very, very shy boy. He doesn't like confrontation with other people, besides his family and Tim. He is still a sweetie and somewhat of a crybaby, but he only cries in front of his mother and Tim. People still make fun of him, but Tim stands up for him and tells him to just ignore it all and it'll be okay.

Other
Micheal has a very clear lisp that he is embarrassed about, but he can't help it. He is not depressed like many think he is, just 'special'.

I don't know, maybe after the party???
And it doesn't matter, whatever you prefer.

I actually figured we'd start a little bit before the party, maybe a day or too. Just to start off with some cute moments before we completely ruin it lol

XD Okay, could you start??

Michael sat outside in the woods, his legs in the small lake in front of him. It was dark outside, the perfect time in his opinion to go for a swim, which he loved to do. He blamed his grandma for that, since she loved to swim as well and often took him.

Tim walked through the woods, looking for Michael. He smiled slightly when he finally found him. He walked close to him and sat by him. He put an arm around his boyfriend, smiling.

Michael looked over when Tim came to sit by him, leaning against him when his arm was put around him.
" Hey you. My mom tell you I was out here?" he asked, seeing that was probably the reason.

Tim nodded at his question and kissed his cheek. "She told me to bring you in soon maybe midnight or so," he said quietly. "We have plenty of time to swim or you do, since you swim more than I do." Then remembered his pockets. He brought out two cans of soda and some candy. "In case you got hungry."