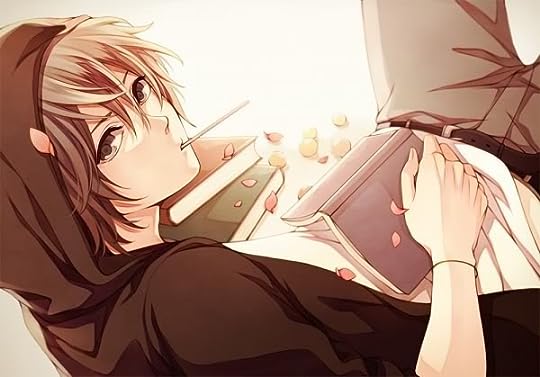 Personality: He is honest and has good intentions, though he always questions why he has to go through the tests. On the shy side, Colin is reliable and easy to befriend, plus he is smart and quick on his feet.
History: All he can remember is testing. He doesn't know exactly that he's a clone, only that he's different than humans.
Other: He likes to draw a lot and reads anything he can get his hand on. Since testing involves learning the basics of reading, writing, math, and science, Colin has the education of around a middle schooler or so. 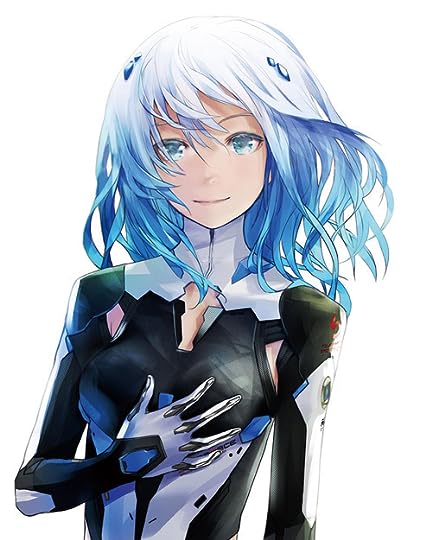 Personality: Rivewire is unusually curious for a being with an artificial consciousness, and in fact sometimes even seems to have a soul. She is beginning to also develop some sort of empathy, as well as other emotions.
History: Rivewire was created as an experiment, her purpose to monitor tests and also guard the facilities to be sure no unauthorized personal got in or out. Unlike the others which were similar to her, she had not only been given a more advanced body, but also a consciousness. When first introduced to the testing she seemed to not react much different than her predecessors, but as time past the almost human-like consciousness grew, causing her to be more and more curious about the tests, though for the time being it didn't seem to interfere.
Other: Though her superiors have not yet noticed, she has found a way to disconnect herself from the system. As her thoughts separate more from the original ones she was programmed with she does this more often and is beginning to find it more and more difficult to actually reconnect. She also has a fascination with food, though she doesn't actually need it, and can eat an unusually large amount in a short period of time if given the chance.

Hearing his name, Colin looked over to see the door to his room slide open. His hands that were adjusting the collar of his white jacket fell back down to his side as he inwardly sighed. I wonder what the test would be this time, he thought as he walked forward. Before he stepped out into the hallway, he glanced over his "room" to make sure the bed and the rest of the room was straightened out as was requirement would have it. Seeing his escort, Colin nodded a greeting and said, "Good day."

Rivewire nodded to him silently and turned, starting to walk towards the testing facilities. At the moment she was focused on reconnecting to the system so that she could check in, on the way here she had accidentally disconnected. A notice flashed across her vision that she was back on the system and in another moment she noted that she had retrieved Colin. A few minutes later they reached a set of doors and Rivewire held up her hand to a surface next to it, a noise sounding as the doors slid open.

As the door slid open before him, Colin took in a deep breath. Suddenly he felt the urge to run, to break away. But he swallowed it down. There was no where he could escape to. "Wish me luck," he said with a smile, not expecting any answer from his silent escort.

Rivewire waited for the doors to close again before turning to another entrance, scanning her hand once more and stepping into a small, elevator-like room. She rose up and stepped out into the monitor and control room. As if reacting to her presence all the screens and computers came online, ready to begin. "Are you ready?" She asked, her voice projecting through speakers in the other room.

Looking around, he almost expected to see someone else to be in the room, despite many years of testing. A habit, he supposed. Straightening his shoulders, he said clearly, "Yes."

Rivewire hit the switch to start up the room, watching the first screen. "Begin." She said, her voice completely blank.

At the word, a floor panel flipped over. In the center of the room stood an empty chair. Perhaps to another person, it would seem ordinary enough, but for Colin, his whole body tensed. He did this test before. For the longest time he had nightmares and woken up in cold sweats. His hands clenched into fists as he stiffly walked over and sat down.

Rivewire hit another switch and began the sequence, though she didn't know exactly what it was. She was only supposed to start and stop it, and mark his reaction and results, nothing more.

A screen wrapped in front of his eyes, curving out from the headrest. The first series of images were mild, yet there was something off about them. Colin watched them warily, images of a small girl, a teenage boy, a woman in a suit flashing by. They were all wearing red and smiling broadly.

Rivewire wondered what was on the screen, but tried to push away the thought as she stood idly by the controls, waiting for the next part. About a minute and a half later she hit a few keys on a keyboard and looked back at the screen.

Words began to flash across his vision between more intense images of splatter red and black. A noise rose up, a high tone that whined continuously. He couldn't help it as his body began to tremble and his hands clutched the armrests as fear began to fill him. Then a burst of bright images burned into his vision, both horrifying and surreal. He didn't know when his silence was broken up with protests, his protests, only that he couldn't seem to stop the flow of words coming from his mouth. It was as if he wanted to shut his eyes and some invisible force was preventing him from doing that. And soon, his protests just became one word. "Please!" Colin yelled again, his voice growing hoarse.

Rivewire continued watching, for a moment only doing her job as she jotted down notes on a screen. As he began talking rapidly, she attempted to make out what he was saying, but she blinked as they strung together into a single word. For a second she hesitated, but as her mind seemed to automatically disconnect he hand shot forward and hit a few keys. She had meant to simply shut down the test, but it seemed she had accidentally shut down the power to the entire area.

Suddenly the room went black and all Colin could hear was his heavy breaths. For a moment, he sat there in shock, then he leaped into action. Sliding from his seat, careful to avoid the glass that he sensed was mere inches from his face, Colin slowly stood up. He had know idea if he could escape or not, but he certainly want to try. Luckily, this testing room was quite plain and he remembered the layout well. Running forward, he put his hands out until they connected with the wall. Quickly, he ran towards his left, his hand still touching the wall, hoping the power would stay out longer.

Rivewire walked quickly over to the door, a light on the back of her wrist glowing brightly, though she was equipped to be able to see in the darkness it was still easier with the extra light. She slid it open and stepped into the elevator and released a small jolt of energy, just enough power to get her back down onto the lower floor. Hearing the secondary power systems starting to recognize the primary was offline, she rushed to the testing room door and slid it open, which even for her was slightly difficult.

As soon as the door slid open, Colin pressed himself to the wall. Though he couldn't hide, it was better to prolong his capture just a bit. Forcing his breathing to become even, he leaned forward slightly to catch a glimpse of who it was.

Rivewire leaned in and glanced around quickly, stepping forward as she noticed that he was attempting to hide by the wall. "Do not make a sound." She said quietly. "The systems will be back online in approximately four minutes and thirty-six seconds." She intended to be out of the testing area before then, and simply report the session as a mistake, possibly a computer overload if she could make the numbers work in her favour.

He eyed her with curiosity and wariness, thinking perhaps this was another, more new kind of test. Colin felt distrust boil up and he wanted to shout and dash out of there. But if this was a new test, why would the power go out? Cautious, he took a step forward. "Where will you take me?" he asked in a low voice.

"Back." For now. Rivewire thought, turning around and starting down the hall hurriedly. "Though I doubt you will be, if you are asked any questions simply say that you do not remember what occurred." It felt somewhat odd to say this, it was as if she was almost... worried.

Giving a nod, Colin followed after her. His footsteps seemed to echo loudly off the sparse, white walls. Watching the android's back, he wondered what she was doing and why. They always acted under orders, so didn't this one? Again, his mind went to the horrifying idea that this was another test and it clashed with his curiosity. His silence didn't last long as curiosity won the battle and he asked softly, "Why are you doing this?"

For a moment she didn't answer, since she had no clue herself. She was designed to automatically learn different kinds of things, as well as the models before her, but she also seemed to be picking up more unusual things. That had to be why she seemed to feel the way she did now, as well as before when she shut down the power system.

When the android didn't answer, Colin figured that he'd been hoping too much to expect an answer. After all, he himself barely knew why he did these tests in the first place. A couple of times they passed a couple of hallway intersections and he would peek around the corner to see if the coast was clear before continuing on. There was a moment he even considered running away from her, but didn't for some reason he couldn't--no, wouldn't-- put a finger on. Curiosity was dangerous and he wasn't curious. He was just following orders.