newest »
message 1: by [deleted user] (new)
May 23, 2014 10:12AM
This thread is for the Head Leaders only. There are a total of 5 Head Leaders, who gets to be a Head Leader is completely up to me and who I accept. Here is your character format:

Personality: Tornstar is very brave and intelligent, he was once one of the best trackers in the Clans when their were still four of them. He is known as the strongest cat in all of the Clans though some cats will beg to differ. He is very fair and very wise, he tells good stories and often makes visits to the Clans to check up on them.

Appearance: HUGE black, gray, and white tom with lively amber eyes. His pelt is riddled with scars and there are patches of fur missing from many past battles that he fought in. He has muscles that are as hard as stone and HUGE powerful shoulders. Tornstar has one creamy white forepaw that is bigger than all the others and one half of his face is very dark gray.

Personality Briarstar is very wise, she knows when to fight and when to just back down. She is a kind and fair leader, though can get grumpy like an elder. She wants only what is best for her clan and will do whatever she can to make that happen. Briarstar loves her clan has a mother loves her kits. She is very protective of all her clanmates and would die for them at a moments notice.

Appearance: Briarstar is a black and brown she-cat. Her head and shoulders are completely black while her legs, body, and tail are a chocolate brown. She has long hair that she has to constantly groom and long legs. Her eyes are a lovely auburn, yellow color. She is about the normal height for she-cats and is visibly older looking. Her body has grown thinner from her older age. 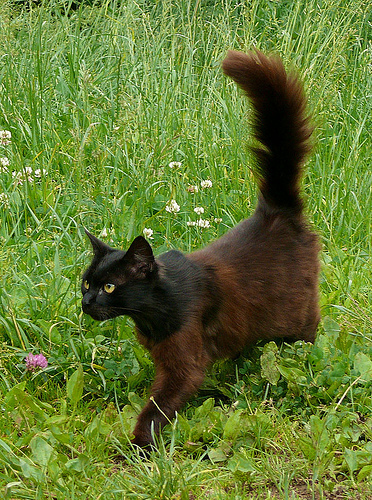 History: For the most part Briarstar had a normal kit hood. She was the only kit in her litter, however. Growing up she felt a bit lonely because there hadn't been any other kits in the nursery with her. Once she became an apprentice for Darkclan she was overjoyed. She trained with two other apprentices for three moons before they became warriors, leaving her all alone once again. She trained hard with her mentor and became a very exceptional hunter and fighter. Right before she turned twelve moons, Briarstar had proved her loyalty to Darkclan when a fox had threatened their camp. She helped the warriors

Other: She is the oldest head leader, out of all the clans. She has been thinking over the option to step down from leadership, feeling she is getting to old to be lead all of Shadowclan properly.

Kin and Family are the same thing, right?

{Personality}
Whiteshadow is calm, but persistent, and never gives up. She is caring towards many, especially kits. She speaks only when necessary, and will avoid battle if possible.

{Description}
She is a white cat with gray, shadow-like spots. She is blind in one eye, and has a scar covering it. She has a black tail-tip and green eyes. 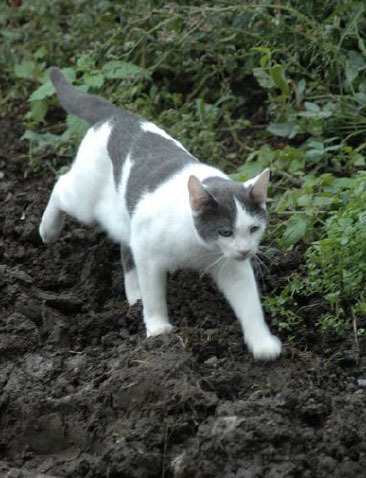 {History}
Whiteshadow was born in Wiseclan. She ran and played with her littermates, and invaded the medicine den, and chased tails. But as she was playing one day, her eye caught a sharp stick, and permanently blinded that eye. Her mother still loved her, almost more than ever. And Whitepaw loved a cat of her own, Brokenfoot. At twelve moons old she earned her warrior name, Whiteshadow. She became Brokenfoot's mate. But the leader hated her, and she hated him right back. Whiteshadow felt she had to leave. So she left for Rippleclan. Her love for Brokenfoot followed her across the border, and bore his kits, Dogkit and Leafkit. When asked who their father was, she was unashamed. Brokenfoot was pleased, and allowed them to be raised in Rippleclan with their mother. She is a loyal warrior through and through, despite her Wiseclan beginnings. That's why ____Star chose her to succeed him. She will serve her clan to the very end, when all her nine lives are gone.