Mod
A quaint house resting on a lake not far form Mt. Olympus secluded with at least twelve acres of property.
This is the Head quarters for the "Rebellion". Being Led by Zethus (Zeth) Amphion Molan, son of Zeus; Kristian (Kris) Gabriel Erion, son of Hades; & Katya Marina Liashnikova, daughter of Poseidon.
the Rebellion plans to face against the gods using a number of rituals that force them to be drained of their power and give it to their children and then the gods are forced to give up their immortal aspects to their children. God's will always be immortal, but their aspects of power will be transferred to their children during a ritual set for each individual god on a different day. 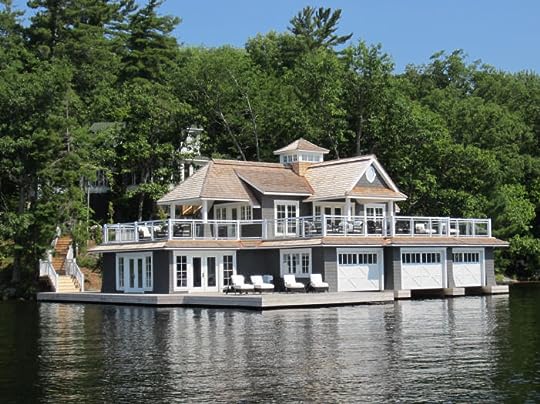 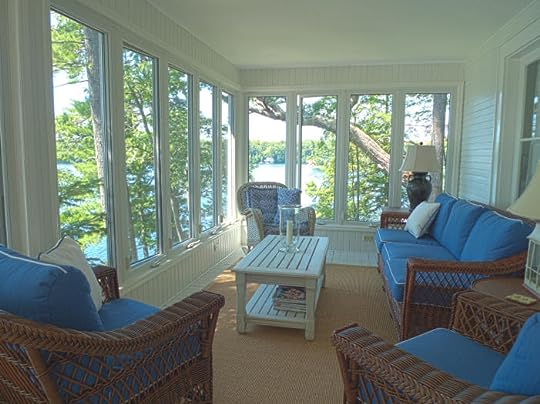 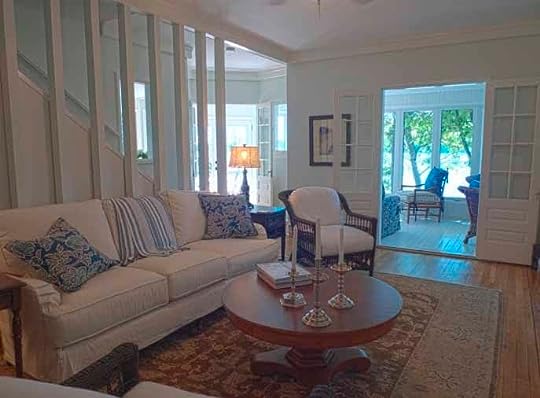 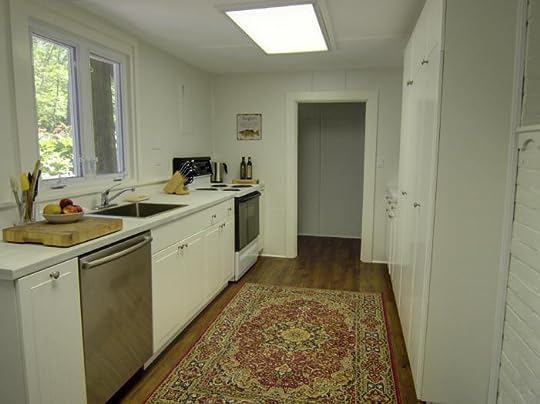 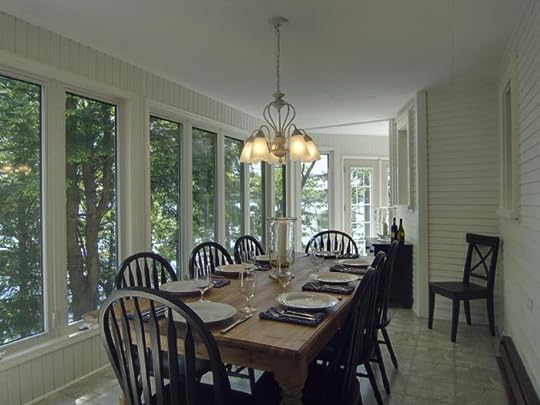 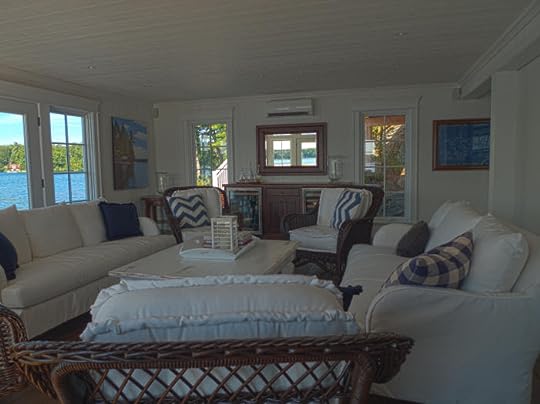 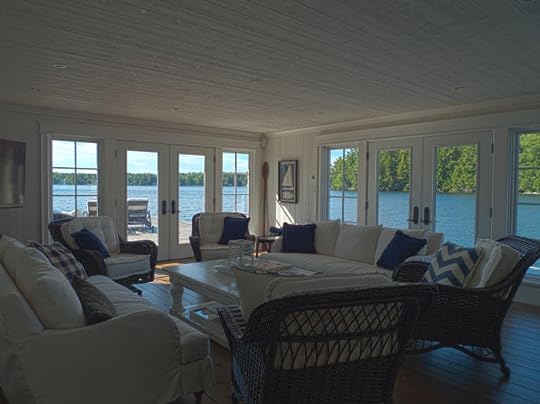 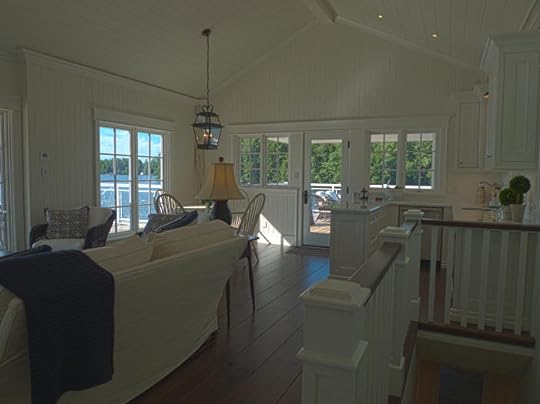 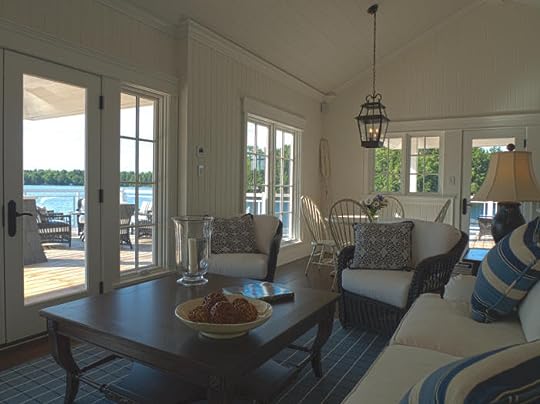 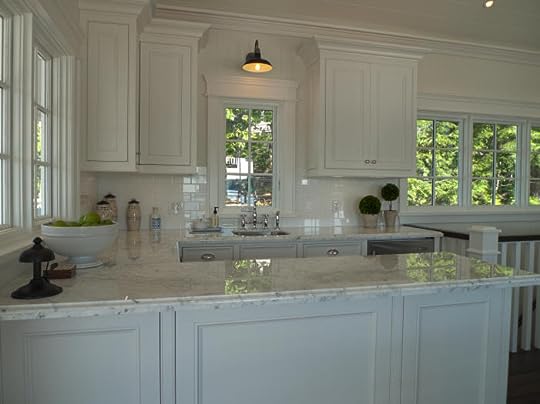 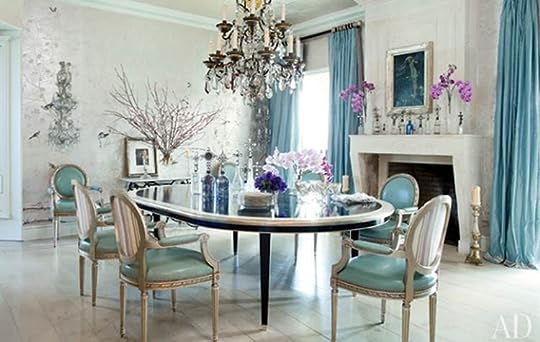 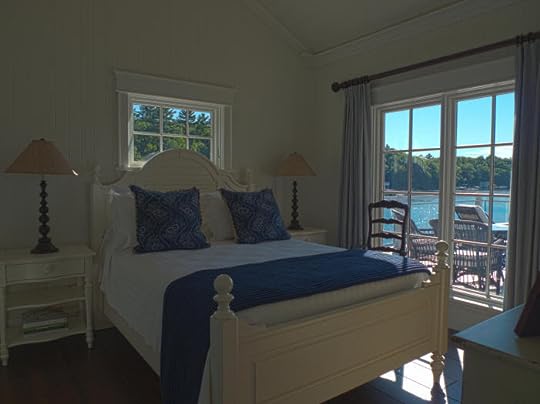 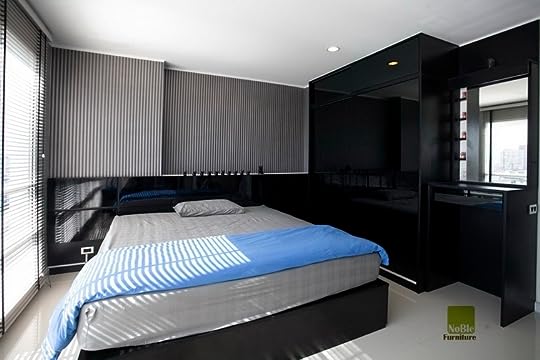 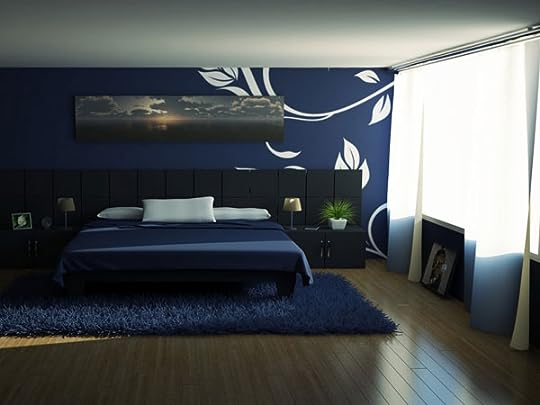 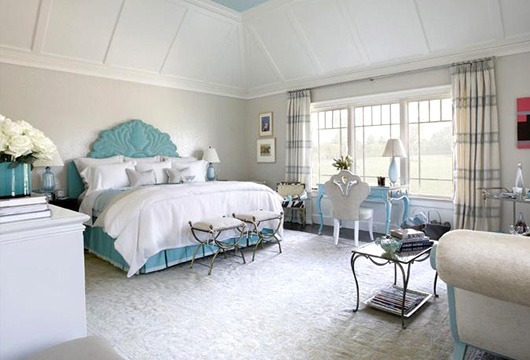 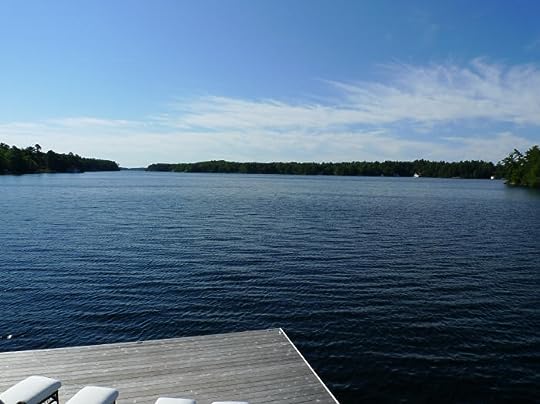 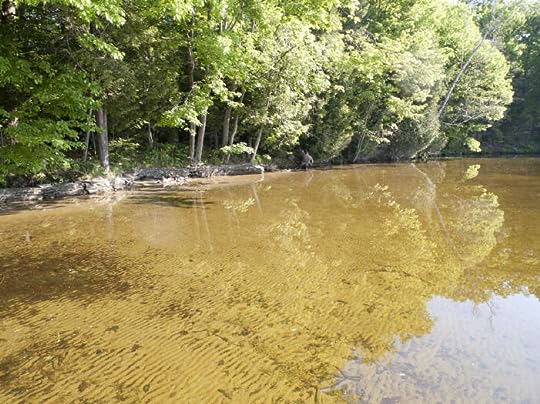 Katya walked through the front door. The house still smelled like lavender and vanilla due to her mother's obsession with lavender flowers and her dead grandmother's vanilla perfume. She hadn't been there fir a very long time so she had some dusting to do. She set her duffle bag down on the floor next her the sofa in the living room and walked around, the first place she went to was the deck, ever since she was a little girl she had loved the lake, it wasn't any surprise for a daughter of poseidon. She stood in the doorway of the screen doors to the dock, the water was sloshing against the sides of the floating deck. Snippets of memories floated to her. I laughed in the sunlight, my mom was right behind me, I jumped..The water covered my head and I stayed there for a while, loving it. Katya opened her eyes, walking back she supressed those memories, "Welcome to my house, the headquarters of the new rebellion." she told the two guys.

Mod
Zeth threw his bags down on the sofa and Kris leaps onto the other one pushing his arms under the back of his head and stretching out, "Nice, so where is the old bag that lives here?" He asks charmingly as if he coudl care less.

Zeth rolls his eyes, "Okay, so we will be living in the house, yes? Where would our allies be staying?" He had to ask wanting her to think that he did care abotut he others, but in reality he could care less where they were sleeping.

Looking aorund zeth guessed the old lady's favorite color was blue. He lvoed the view over the lake, which was mroe than a good thing given the fact that captured or not Poseidon still held dominion over the seas this was freshwater his kids held dominion here, but not so much as himself.

reply | flag *
message 6: by [deleted user] (new)
Feb 13, 2014 06:37PM
She rolled her eyes, "She's no longer alive, take off your shoes before going on the couch." she said, grabbing her bag. "The allies will sleep in the other rooms, this house is pretty big." she said, "Come, I'll show you your rooms." she said, walking over to her old room before actually showing them theirs, she set her bag down by her bed and walked out of the room again.

Mod
Zeth follows her reluctantly as Kris does as well not so much. He was just ready to relax and it was going to be nice to not have to look after a bunch of kids.

Kris frowns, "I think when I get to my room I'll check in on my other room." He syas walking down the hall feelign that the palce reminded him of some scary lakehouse movie. "Nice place, So once we figure sleeping arrangements and I'm gone, you two can work on which gods will be taken out in a particular order according to the days of their sacred ritual to take place. We also need oyu to figure who will take which god."

Katya nodded, "Yeah, sure, we'll work on that." she said, nodding. She looked at Kris, "Your room is down the hall on the left." she said, pointing to the hall. She looked at Zeth, "You can do whatever you want for now, I'll be in the kitchen." she said and walked the opposite way she had pointed, walking through the living room she trailed her hand over the table and the chair, old memories brought a smile to her face. She sighed, shaking her head she proceeded to the kitchen. She started taking out the food, her mom said that she'd be gone for a while but since Katya was coming home she left the fridge untouched. Katya decided to make rice with salad and meat. She knew this recipe from her mom, after getting the ingredients ready, she set to work.

Kris found hsi room and vanished into the shadows. He left for his shadow travellign prison containingthe goddess of love, his ex. He had complete intentions on returning, btu he had business to attend to.

Zeth entered hsi rtoom and dropped his bag on the bed before movign back to the kitchen where he found KAtya cooking, "Well, look at you, goddess of the sea, and goddess of home ec. He smirks seeming to be more palyful than he was before. he pulls soemthign form hsi pocket looking like a cigarrette at first glance but the smell said marijuana all over. "You wnat some?" He offers as he lights the end and begins puffing on it.

reply | flag *
message 12: by [deleted user] (new)
Feb 18, 2014 06:47PM
Katya rolled her eyes, "Yes well if I wasn't cooking then you'd strave to death, you should be glad I'm a good cook." she said. She looked at him after setting the rice to cook. "I don't smoke, to be precise I haven't ever tried it." she said and took out some letuce and salad ingredients.

Mod
Zeth exhales blowing up to the cieling. "That's rich. It isn't harmful to you like cigs, but at first it feels like it. Your first reaction after holding it in long enough to get high you will fell light headed and a constant thud at your temples, but not a bad thud. Then you will feel your lungs and throat seem to be closing, but in reality it is the smoke you inhaled reaching into your body. Since it's your first time you will notice a drastic difference in the colours of things and the brightness of lights. Then you will start feeling like someone injected you with laughing gas and once oyu ahve reached past thsoe stages you will either feel sleepy or horny. then hungry...I'm sure you ahve heard of people getting the munchies?" He says trying to explain it well enough for a first timer. "You know they give this stuff to people with cancer to ensure they don't hurt half as bad." He weas seemingly a different person outside of camp. As if all his dark persona was focussed fuly ont eh gods so much he couldn't bare to be in the presence of such godly pwoer.

Mod
Zeth smirks, "I've been doing it for so long now it jsut feels like a overly intoxicating cigarrette to me, sometiems I get the munchies but I jsut enjoy te feel good feeling I get from it. Natures best nerve relaxer." He says palinly passing the joint to her holding in a deep breath of the smirk before coughing a bit and releasing a large plume of smoke.

reply | flag *
message 16: by [deleted user] (new)
Feb 20, 2014 05:55PM
She took it and hesitantly inhaled. Katya started coughing, "Gods, how can you smoke this?" she said, quickly getting a cup of water and drained it to silence her coughing. Katya shook her head, she looked at him, "Seriously, I don't understand...Whatever." she said before leaning on the counter. She decided to ask him something, "Hey Zeth, are you going to go swimming in the lake?" she asked.

Mod
Zeth raises an eye brow as she gets water and ignores her last question, "You know drinking water won't help it will only mae you want more...and as for the alke...well, I'll be honest I'm no big fan of swimming by myself." He says palinly. Which was a lie, but he would like her company. He didn't knwo what, but it was how she was so different fromhim that mad ehim rather appealed by her.

Camp Half-Blood: The Trials of Immortality