"what do you want?" Umehito growls

"to torture you!" Satan yells as throws him up in the air

Satan laughs "look at you, trying to fight me, you are nothing but a piece of human trash" she says and throws him away from her

Umehito couldn't move, Satan had thrown him too hard into the ground

Satan laughs " don't you think that is sweet?" she says sarcastically as she throws a magic disruption ball on both of them, making it explode once it eached them.

Umehito gets up to his knees and crawls away from Yui as a flash of red light surrounds him, after seconds the flash disappears and Umehito stands up, turned into his 7th form, dark shadow demon, as he walks towards Satan and laughs "you son of a B****, you think you can beat me just because you are the ruler of this trash, but now, you are going to be a part of this trash" he says as he uses his magic and throws 20 shadows around her, and moved his hands around as the shadows tortured her.

Satan blocks Umehito'S magic, as both Umehito and Yui retreat back to his house.

Yui controls the dark souls to open up a portal to the world. Her wings sprout up from her back and she grabs Umehito and retreats back to the portal and into his house.

they get teleported in front of Satan again "just what do you want?" Umehito looks at her in disgust then turns around and forms into his 11th form, god of the undead, that is the form where anything he says to the souls they will do. 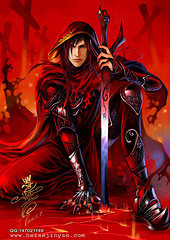 Ari looked at her.
"You look different. Did you cut your hair?" She asked.

"stop it with the chatting and help me" Umehito says in a deep voice as he summons a sword and fights the souls in front of him.

"Hey. I've been her for a long time I was just asking." She said.


"How do you loo it here with me?" Cail asked getting close to Mattie.

"Why'd you kill me?" She asked

Umehito sees a small human soul and gets close to it, it was Mattie, it was too late, her soul was already being controlled by Satan or Cail, he destroys Cail and turns into him 4th form again and brings Mattie's Soul back to her body and grabs Yui and Ari and retreats back to the hospital.

Dalton comes up behind Laney, his eyes wild

Umehito looks around, this time they got teleported in the middle of all the souls

Tori looks at the souls "well, this is surprising" She says sarcastically

Dalton nods to Laney and to everyone else, to make sure they were here and that they were ready.

Laney speaks up first" Yui, control the souls, we don't want them in the way"

Yui complies and controls the souls to make them all stop moving and freezes them with shadow magic. They cannot move nor can anyone make them move again except for her.

Satan shows herself in front of Umehito.


Umehito looks at her "just what do you want?"

"for you to be back to Satan's council" Satan smirks

reply | flag *
message 21: by [deleted user] (new)
Feb 18, 2014 03:26PM
Laney turns to face Umehito with a surprised and startled expression. Everyone was quiet for a moment, even Dalton.

Umehito looks down "I was in Satan's council before my uncle died" he says quietly "he made a contract with Satan to let me go and he risked his life trying to let me go, I didn't know about it till he died."

Tori looks at Umehito in surprise.

Dalton puts a hand on Laney's shoulder" it's no big deal, can we get to the fighting part already?"

Umehito looks up at Satan "but now, there is no way of getting me back" He says and throws lighting into her body and gets her electrocuted.

Tori just stands there saying nothing.

reply | flag *
message 25: by [deleted user] (new)
Feb 18, 2014 04:05PM
Laney directs people on jobs" Tori, hold the Satan council members back" she points to some demons that were starting to come.
" Umehito, hold Satan down"
" Dalton, erase the marks on her arms"
" Yui, bound her to be your slave once the marks are gone"
" Dalton, I'll come and help you with the erasing"
" Everyone, move"

Laney and Dalton race to Satan as Yui comes up behind them, ready to imprison Satan.

Tori tries to hold the Satan council members back with her mermaid magic.

Umehito Tries to hold Satan down

reply | flag *
message 27: by [deleted user] (last edited Feb 18, 2014 04:23PM) (new)
Feb 18, 2014 04:20PM
Achlys steps up front and knocks Tori and Laito down unconscious. He laughs" my, my, my, what have we here? A rebellion? How hilarious. Ha" He laughs with Satan walking to her with sure and confident strides. He brings his hand up to Laney's forehead and sends a magic shock wave through her. The wave knocks her out and she falls to the ground. Dalton flies up and comes down fast and punches Achlys hard. Achlys staggers back but regains his composer. " such bad kids!" he laughs two magic circles appear on Dalton's wings and burns them with hell fire. Dalton screams and falls to the ground but gets up almost instantly. Achlys just laughs and looks over at Yui. Before Yui could react, he had her by the throat with hell fire at her feet and a magic sword at her neck. 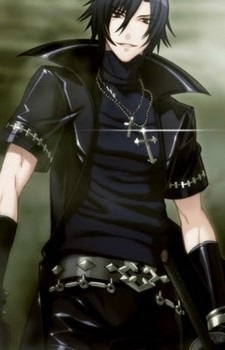 Umehito gets up and changes into his 4th form, dark demon angel and uses his super speed and gets to Achlys, his wings sprout out from his back as he gets him away from Yui and tortures him.

Dalton, trying to prove his love to Yui flies and snatches her away from the demon's grip.

She continues to scream.


Tori tries to get Satan as well.


Laito goes to help the others.

Satan falls down on the ground

Umehito senses a soul behind him, he turns around and sees his grandfather's soul, he couldn't move or do anything, he turned back to his human form. he couldn't destroy his grandfather even if he knew that he was dead. Umehito's life flashed before his eyes.

Satan controls the soul and makes it tear Umehito's body into shreds, making him lose all his powers. Umehito's body goes everywhere, with his soul also mixing up with all the other dead souls, Umehito also dead.

Yui doesn't try to get free from Achlys' grip. She stares at the scene below, dumbfounded. It was like she witnessed her own death, but it wasn't. It was Umehito's. She screams as tears run down her cheek. She kicks her way free from Achlys as he laughs cruelly. Yui falls to the ground with a thud and crawls over to where Umehito disappeared. She screams again and cries more. The sudden emotion makes her eyes turn red and her tears turn to blood.

Laney senses death and pulls away from the blackness she was in and comes back to reality. She knew someone died. This wasn't very good.

Even Dalton, Dalton... the one who hated Umehito and was very jealous of him, stood with taers stinging the back of his eyes and stared, barely knowing what had happened.

Tears started coming out of Tori's eyes as well,

Satan looks at them and laughs "what weak kids!!" she tries to kill them as well


Laito looks at Satan and gets everyone back to the human world,

((don't blame me, I have nothing else + it sounded better in my brain))

Yui's wings sprout from her back as she flies over to Satan. She commands the shadows to trap Satan so that she could remove her marks. And also, she commanded them to hold Achlys and his gang down.

Yui walks over to Satan and holds out one arm, erasing the marks on it that bound these souls to Satan. She does the same for the other arm. The marks vanish, leaving Satan as just a powerful dark soul. Nothing else.

" I will make you pay" Yui growls and brings her palm up to Satan's forehead. She marked Satan as hers and Satan vanishes to Yui's dragon slave portal. Yui flies over to Cail," bring me back to Umehito's house" she commands but cringes when she says his name.

Cail nods and teleports her back to the human realm.

Mattie was looking up at satan.

Mattie looked around.
"Is this hell?" She asked satan.

Satan turned to her "oh finally, you are dead, I've been waiting for this a looooooooooong time ago" Satan smirks

"because, I'm still trying out new ways to kill Umehito" Satan says, with a bigger smirk on her face.

"So what are you gonna do to me?" Mattie asked crossing her arms.

Mattie's eyes turned dark.
"I'm your slave. How my I serve you?" Mattie asked with a demonic voice.

"Get back to earth and get me Umehito and Yui. oh and be sure to bring Kirimi with you" Satan smirks