Just wondering do you want to add anything to the idea? I kind of just went with what I had. >~<

I like the main idea you have I think it almost needs a forbidden piece to it... Not necessarily kingdoms hating each other just approving parents.. You know what I mean?

I know what you mean. Hmm what type of forbidden romance?

Maybe friendships could be made during this ball too... Like between the girls and guys and later they can find out that there was a kind of falling out with their families and there was some kind of misunderstanding

I was hoping that what I was saying made sense to you :)

I was thinking maybe one to three? Unless you think otherwise?

Three is fine with me.. Just have to divide up who gets who

I just want to tell you I honestly don't care who I play '-'... so would you rather be two girls and one boy or the other way around?

Hm can I do two girls and one boy please? If that's okay with you. :x

Its totally fine with me. :)

Alright so how are we going to match these characters up?

Maybe my girls with your two guys and my guy with your girl? Oh do you also want to add the higher achy of princess or what not? :o

Alright so we are starting them all getting to the masquerade correct?

Yep. Maybe both our girls are princess or one is princess in training to be queen? I'm not sure exactly.

Ok then we can have both of them princesses but one is in line for the throne... What of the boys?

Sure. Hm one prince and one is lower ranking?

Alright that's good.... but aren't there going to be three of each?

Can you make yours first please?

Yeah just give me a bit

Personality: Alec is witty and outgoing. He is close friends with the prince and he is very willing to do anything he is put up too.

Personality: Philip is a very soft spoken and quiet man. He is content to just watch what goes on around him instead of participating too much.

Personality: Arianne is a sweet and gentle person. She is quiet and shy. But she has a ready smile and is quick to make everyone feel welcome and special when they are with her

((Here they are... sorry they are a little short))

((Hopefully the links work for you))

It's totally fine I was reading and replying to others.. But now it's time for me to say good night for a little bit

Alright sounds good to me ^_^ 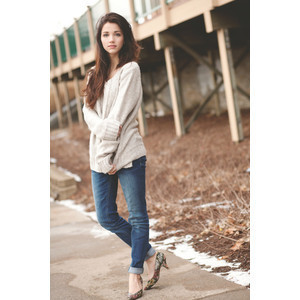 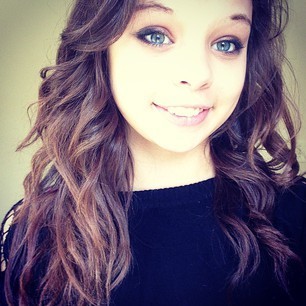 Can you start please? I might have to leave in a bit to finish the rest of my homework.

Yeah I can.. Where do you want me to start? and should people already know each other or they all meet at the masquerade?

Probably know each other and at the masquerade perhaps?

Okay then I will get on that

Alec Calhoun stepped out of the carriage he had arrived in. He was wearing a black suit trimmed in fine silver embroidery. His white undershirt just peeked through the open buttons of his coat. He was told to go to this masquerade by his friend Zacheriah. This knight was wearing a slim sliver mask to cover his identity. Tonight he was going to be in the presence of many ladies and he didn't want them to know he was only a lowly knight, not the prince they were all hoping to meet.

~~~~~
Philip Tudor looked out over all of the people at the masquerade already. He sighed softly not really wanting to be with a bunch of people at that moment. He looked down at what he was wearing and smiled just a bit. His undershirt was a tan color open slightly at the neck while his over coat was burgundy with gold embellishments. His mask was one of gold not as ornate as some of the other men, not that he cared too much. He was hoping just to run into some of his friends at this party that was thrown by someone who wanted to get the young royalty out of the way of the elder people there. He was hoping just to have a good time with his friends and maybe if the time was right to meet a mysterious lady.

Arianne James stepped out of the carriage that was behind Alec's. She walked into the palace on the arm of some man the host had hired to help all of the ladies into the masquerade. The duchess was wearing a very flattering dress of shimmering blue silk. it almost looked as if she was wearing the sky. Her hair was long and curled just enough so that it fell in soft waves down her back. Her mask was elegant silver. She walked in to the ballroom gracefully and proceeded to just walk to some of the chairs arranged around the room.