Hi! So what do you want to try this time?

Okay. Plot ideas for it? Supernatural/paranormal or no?

Hmm, do you have any ideas yet?

Not sure....Do you want it to be magic/supernatural/ paranormal or no and we can go from there.

Okay, now let's think of something ^^

Setting in a real place or fantasy world?

Alright....We could throw a magical twist on some event in history?

It's World War II and a nurse is working at the battlefields because she treats the wounds. One day a soldier comes in but his wounds have magically healed. When she touches the wound, they become bonded. Okay, so those are the basics. XD I don't know how to add in action. Maybe she has to join the fights?

That's more 19th century but it could work. What's the deal with the bonding?

Like they are bound as in, when one dies the other dies too?

Alright. And I think I'd prefer the guy in this one. Is that good with you?

Yes sure, but how should we put the action into it?

Yeah describing the fights a bit could help. So the guy has some sort of powers?

Yeah, you can choose his powers! It's your character c:

Can you make yours first? Mine will probably be in his early 20's

Yeah sure! How detailed?

Okay! What should her power be? 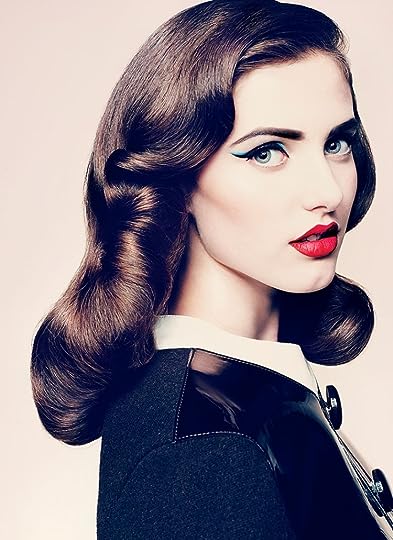 [ Personality]
She's kind and sweet, and very patient. She's the one who likes to learn and who likes to teach. She always tries to make get things better without fighting... she's better at talking. Though she doesn't look like she's quite the talker, she is. She's not a flirty girl, but she's very sweet and has a quiet confidence to her. She isn't afraid of saying her opinion or standing up for herself or for others. She will always act when there is injustice... like when soldiers are hurt because they tried to interfere between a fight. She's easy at making friends, because she's a genuinly nice person. Some people hate that though, because they think it's fake. But Arielle is just sweet and has a great deal of courage. She's someone who takes risk, like her brother Nathan, a soldier in the army. And she loves to go exploring.

[ History]
Arielle was born in a family of five siblings, Gwen and Nathan were her favorite ones. She didn't dislike the others, but she had more in common with Gwen and Nathan. Gwen was her buddy when they grew up, since Raina was only one year older. Raina often messed around with Nathan, since they both went exploring a lot.
Arielle loved being around water, so she would often go to the river after school. When she was a teenager she became a little rebellious. She started standing up to her sisters, her parents... she was mad at them, mostly because they were mean to Nathan. Nathan was treated like she was the black sheep of the family and Arielle couldn't handle that. When Nathan was forced to join the army, Arielle left as well, it wasn't like she disliked her parents and sisters like Nathan did but she thought it was unfair. So, to make a statement, she moved out of the house, just like Nathan did. Arielle became a nurse soon after she left her parents' home and she joined the ranks of the army, to help them with their wounded soldiers. Helping was her passion, and she didn't mind at all. 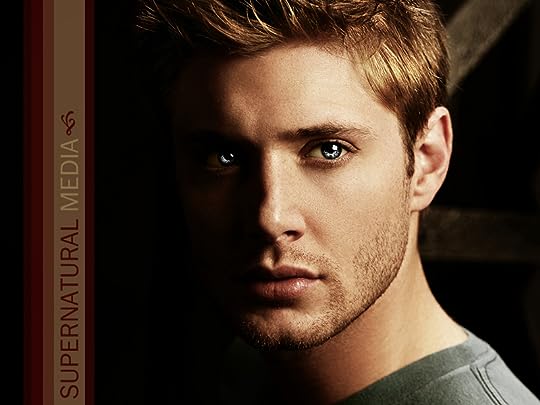 I'll edit it later! He's cute and I don't have any ideas now :o

It's okay. I've got to be leaving for work soon anyway. It's Dean from Supernatural ;)

alright so powers for my guy.....strength and speed maybe?

Oh sorry! And I knew he was familiar! haha. Yeah sure that's okay!

I'm only on season 3 but I like the show. And can you start?

I haven't watched it yet c: and yeah sure! Where do you want to start?

Maybe he's being brought in with the rest of the wounded?

as much as you want and I'll try to match it. I'm trying to get more detailed. I can do about a paragraph now if I get that much in return. Maybe a little more to push me? That good with you?

Arielle brushed her hair back in frustration, biting her lip hard as another wave with wounded came rushing in. Yes, she was a skilled nurse, but this was just too much! She wanted to go out there and make the fighting stop. She didn't want any of these men to go out and die or get hurt again. She shook her head. "How can people just... fight like that?" she asked her fellow nurse, Claudia, who shook her head. "I don't know Ari," she sighed. Arielle sighed and shrugged, going over to her newly assigned patient.

((So you were saying before he would have been magically healed? Or should he have to actually recover?))

((Hmm, yeah, maybe he should actually take a long time to recover, so they can fall in love? ^^))

At the moment Thomas was only halfway conscious as they brought him into the hospital. He'd been shot a few times but the battle had been a long one, and his team couldn't get to him immediately. He'd lost a lot of blood, and laying under the hot sun for a few hours certainly hadn't helped either. He was only faintly aware of the nurse coming his way.

Arielle reached Thomas and bit her lip. God he looked awful. Not in that way, she sighed at her own thoughts. He was very, very handsome, she could notice that under all the dirt and blood, but he looked like he was about to die. "Thomas?" she asked softly, after having looked into his file. "Can you hear me?" she asked him softly, taking her equipment to his bed.

Hi eyes fluttered for a second as he heard his name but didn't open completely. He was too close to passing out to really reply except to give her just the tiniest nod. He was in pain, Not sure how he'd even managed to stay awake for this long.

Arielle saw the nod and let out a soft sigh of relief. The not speaking thing was obviously a bad sign, but at least he could still respond. She, with the help of the other nurses, managed to get the bullets out after giving Thomas a shot of morphine. She knew it wasn't the greatest painkiller, but at least it would help a little.

He had passed out by that point, unconscious as they took the bullets out of him. He was still breathing though. He'd made a stupid mistake out on the field and had almost gotten himself killed because of it. When...if he went back out there he'd be more careful. He'd been too cocky before....

After the bullets were out, Arielle was left alone to bandage his wounds. She did, carefully, making sure he didn't got hurt. She then took him to one of the separate tents and put a blanket around him. What he needed now was rest and warmth. She tried to give that last one more, because he was obviously cold.