We could do a fantasy thing.


In medival times a princess gets kidnapped by a evil dragon(a dragon sifter). Like in a fairytale, but instead they fall in love instead of hating each other. Knights try to save her but only get deafeated or eatin by the dragon.

Name: Dragimere the Destroyer
Nickname: Drago
Age: 19 in human age, Dragon age Is 1200
Species: Dragon sifter
personalty: Drago is fearless and brave. He has plagued the ancient kingdoms for ages because he took a vow on his fathers death. He is cruel at piont put kind as well. He is very intimidating in human from.
Appearance: 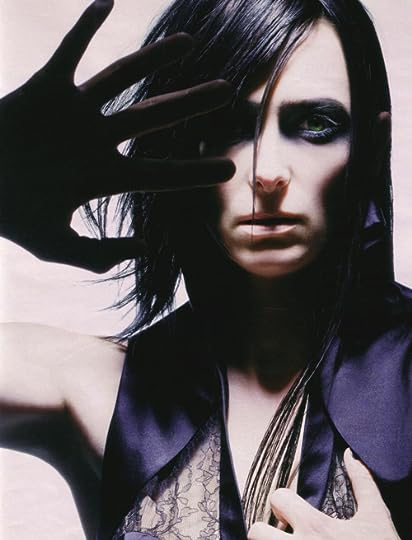 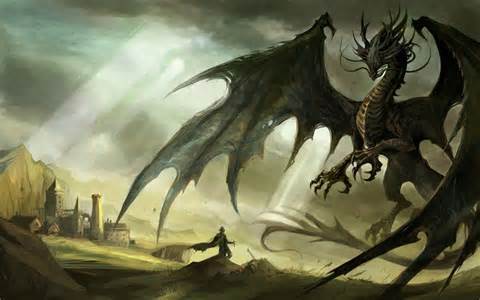 
cool charecter. Want me to post first for roleplay?

Drago flys high above the kingdom in dragon form. He burn many farmers crops and markets with deadly fire breath. he lands on the rooftop of the castle tearing offf the roof with sharp claws.

Drago blocked her way. Her growls and knocked a knight of his horse and sent him flying with just a flick of his claws. "it seems you are the new heir to the throne" He says he sounded like a lizard than he did human being a dragon.

"I dont take order from mortals" he growls. He heard the king and turned to face the warrior king. The king was a ant compared to drago. he licked his lip in anticipation.

"You mortals kill off my species as though it is a game, now its your turn to be the hunted" He says with a evil dragon smile.

"You simply amuse him now" He laughs evily. he takes out a group of knights that charged at him with a simply movement of the tail. Drago pics up the princess gently and carefully. "You'd go for much money on the troll market"

"I know but, I am dragon and what intrests me I take it, I am a creature of greed " He said. Drago spreads his wing ready to take flight. he holds onto the princess and takes flight

((sorry it tok so long to post, i didnt get a notification))

"Your attempts to hurt me are use less mortal" He said. Within another hour of flying they arrived at his cave. He walks under the water fall that hid his cave.

"Nothing yet...I could sell you on the troll market or simply keep you as a treasure" He said. He sets her down. "Try to run and you'll be lunch"

"You know Nothing of me, I am dragon and what the kingdom needs most i take or destroy it" He said smiling evily. "Plus im no ordinary dragon"

"You'll find out eventually" He said. "for know fallow me if you want poper housing" He said "If your to slow i will carry you"

He Lights a few torches with a small fire breath. The cave was now filled with light. It looked like a smalll medival manor inside a cave. In the center was a pool for speaking to other dragons. in one corner was mountins of gold and hordings. In the other end of the cave was a bed and dresser. "you can sleep here".

"Its the magic pool of reflection, But i simply use it as a way to commincate with dragons and watch my prey befor i strike" He said.

"You charm is strong but i am diffrent, It will take you more than that to charm me" He said smiling. "but if you must now i am just a lonely creature and well im a dragon and am very freedy and take what i want"

"You dont mean it, You'll just escape when im not watching" He said. "The last one did that"

"If the princess want to be herself, she will not be judged here." Drago said.

He smiled he hears the thundering hooves of a knights horse. Then it just stops. "Excuse me a moment" he said going out side. All that could be heard was a mans scream and a frightned horse. He walks back in he drops a gold knights helmet on his hording mountain.

"No, I have not. Im the untame one" He said. He looks in the small pool and sees the dragon. "this is Obisaidain the storm dragon" Drago said.

"A little, but I could be tamed who knows" Drago said. "Obisadian is now the protecter of the storm wizard temple"

"Yes, but barely we have just meet but yes i trust you" Drago said. He gently licked her hand like a dog licks its owner.

"Who knows, the future has yet to come" He said smiling. He found being in her presence very comforting and relaxing.

Drago feels her hands on his neck scales. He purred but it sounded more reptilian.

"please do escuse my behavior" Drago said. He lets himself sift to his human form. He let the painful sifting process start. His bones snapped and reformed. his dragon scales now turned to clothing. Now stood a good looking teenage man not much oler than her.

"Yes very diffrent" he smiles. "please be careful when touching me, I am still part man and will react the same" he said warning her anout his pervy parts.

" I see you father hasnt told you of how things come into this world" He said chuckling. "It will be challenging"

"If the princess wants me to be tame then i will become tame to only her" he said sifting back. He was now a dragon agian.

Drago starts to purr his dragon purr. He leans into her touch. Her hands felt soft on his smooth scales.

Drago closes his eyes contueing to purr. He felt relaxed and happy.

Drago listens he laid down. He opens his eyes and watched her.

Drago for once in a peaceful state which was very rare for him. He continued to purr and let him touch him.

He smiles "I found that quite relaxing" Drago said. "Can't wait for the second step".

He smiles "Do you mind if i sift to my human form?" He asked.

He sifts back and sighs happily. "Am i really that fascinating?" He asked.

Drago smiles. "Yes I do" He said hugging her back.

"I would like tjat, I love drago better than Dragomere" He said. He couldn't help but the out a playful growl as she kissed his chin.

He gently wrapps his arms around her waist. "Yes? My buetiful Princess?"

"So am I" Drago said kissing her back. He pulled her closer to him gently, the space between them was no more.

"I love you more" Drago said. He kisses her back just as passionate and with the same intensity.

"I promise on my life I will protect you and We will never have to leave each others presence" Drago said speaking the truth.

Drago sifts and walks out. He roars angrily. why must they have ruined our perfect moment he thought. He attacks with dangerous swipes of the claws. He breathes out fire.

drago growls towering over the knight. he snatched the knight and swallowed him i. one gulp " That knight didnt taste right" He said with a distasful look. He protects bree never leeting them get close to her.

He relaxed knowing his true love was safe. He comferts her to help her relax as well.

drago sifts back and sat next to her. "Are you alright? Did they hurt you, if they did they will be plagued with burnt crops for eons"