Maybe we could do: 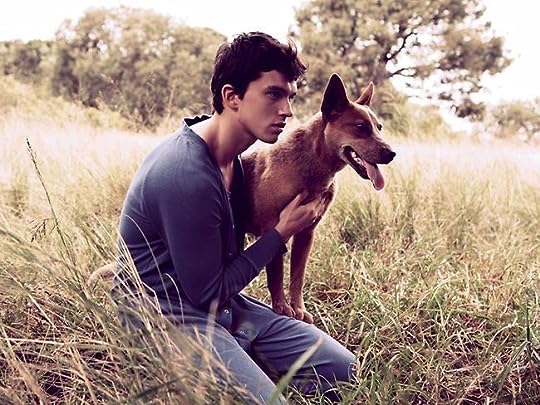 History: Oli was born into a family of poverty. Since his parents couldn't pay the medical bills, he was given up for adoption so that they could work to pay off the bill. He was adopted when he was three. The family who adopted him are fairly wealthy and treat him like a prince. At first, Oli enjoyed the attention, but now, it's just getting really old. He would rather be treated like a regular person, not like a god.

Other: He secretly loves Rock and Metal music. 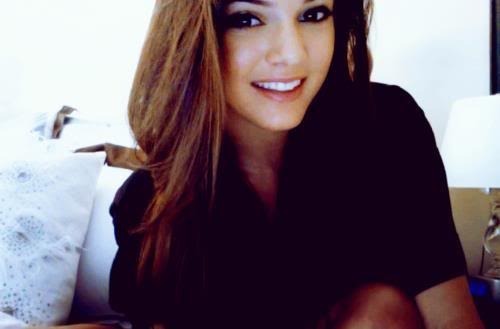 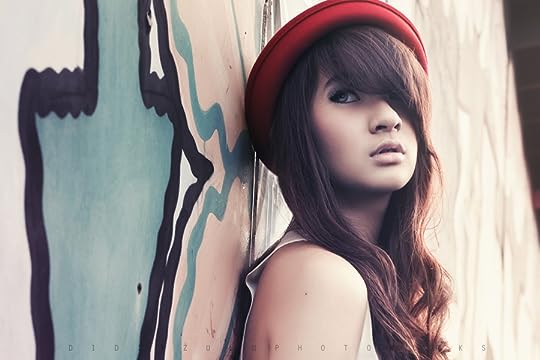 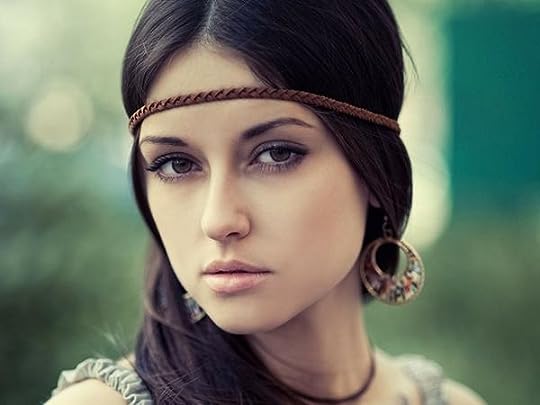 Cool. Want me to start?

Oli opened up his locker, stuffing his Psychology book inside. He felt a sharp tap on his back. He turned around and sighed as he stared down at his little sister. "Need something?"

She shook her head and gave him a big hug. Oli frowned and hugged her back. He knew his sister well, and he knew that she hardly ever did this unless something was wrong." We'll talk later at home, okay?" he said to her in a whisper.

She nodded reluctantly and walked away.

As Oli watched his sister walk away, he heard Trent yell at someone. He turned his head and watched a familiar figure walk quickly down the hall. He sighed and frowned over at Trent, who was still yelling. "Hey! Cut the crap Trent!" he yelled.

Trent glared over at him and yelled back, "The little punk hit me!"

Oli turned his full body to Trent and crossed his arms over his chest. "I really doubt she did," he shouted back.

Oli glanced over at Tory, but kept his eyes on her as she stared at a photo that she was holding. He looked away and bit his lip slightly. He didn't like butting into other peoples business, but he was curious about Tory. She was always so...quiet. He felt a hand slap on his back and he sharply turned around. He smiled once he saw that it was his best friend Max. "Hey Oli, are you going to try out today after seventh?" Max asked.

Oli sighed and looked up at the ceiling, closing his eyes to think. Max had bugged him for weeks to try out for basketball, but that just wasn't Oli's thing. His sport passion was swimming. He opened his eyes and looked down at his friend with a smile. "I'll think about it, okay?"

Max shrugged and patted Oli's shoulder. "You really should give it a try," he said.

Max grinned as he spotted an energy drink sitting in Oli's locker and snatched it up. "Do you mind if I take this?"

Oli rolled his eyes, but laughed lightly. "Go ahead, I wasn't going to drink it anyways."

Max beamed up at him. "Thanks man! I'll see you in seventh!"

With that, Max cracked open his drink and walked away.

Oli grabbed his notebook and stuffed it into his bag. He shut his locker and gave one last glance at Tory before walking to his sixth period class. He sighed slightly and shook his head. He didn't know if he would be able to keep from looking at her in class... "Mr. Meridian! I have to have a word with you after class," said his teacher as he walked into the classroom.

Oli rolled his eyes and plopped his bag down next to his seat in the middle. "What for? What happened on Saturday isn't anything against you. It was just a little prank," Oli said with a raised eyebrow.

Mr. Winters folded his hands under his double chin and stared at him indifferently. "Well prank or not, you still vandalized my home. Do you know how long it took me to clean up all that toilet paper?"

Oli groaned slightly and glared at him. "I'm sure a lot of people had to clean up there houses that night. It was Halloween after all."

Even though it was Halloween, Oli couldn't help but feel slightly guilty about trashing Mr. Winter's house with toilet paper. Mr. Winters was a good teacher, but it was just a dare... And now here they were, Mr. Winters getting on Oli's nerves, and himself being a bit of a bastard to his favorite teacher... Shit...Oli sighed and ran a hand through his hair. "Look, I'm really sorry Mr. Winters. Is there something I can do to make up for it?"

Mr. Winter's frown slowly formed into a small smile and he tapped his pen on his desk. "No Oliver, just try not to listen to your friends anymore. You are your own person after all."

"Yes sir..." But Oli new that wasn't true. When had he ever been his own person? He pretended to be a jackass just to please his friends!

More students began to pile into the room, and Oli took his seat.

Oli was writing in his book when he heard a a crash in the back. He jerked hid head up and turned in his seat, seeing that Tory had punched a guy out of his chair. He smirked slightly when he noticed that the guy was Trent. Trent swore as loudly as he could at Tory. "Shut up Trent, you had it coming to you!" Oli said to him.

Trent glared over at Oli and screamed, "Shut the fuck up Meridian! I'll pop you one!"

Oli glared back and shouted back, "I'd like to see you try!"

"That's enough you two!! Trent, get up and sit down! Oliver, turn around and shut up! And Tory, see me after class!" Mr. Winters screamed at them.

Oliver fell silent and slowly turned around in his seat. Trent just sat there for a second, staring down Mr. Winters with a shocked look on his face. Everyone knew that Mr. Winters hardly ever shouted at anyone like this. Reluctantly, Trent got up and sat down. The rest of the class didn't say a word.

Oli usually just wrote in his notebook for this class period, but now he couldn't. He anxiously tapped his pen on the notebook, occasionally glancing up at the clock. After the disturbance, Oli had decided to stop watching Tory. This time, he would talk to her. He didn't even care if she talked back or not, he just needed to talk. "Mr. Meridian, I would very much be pleased if you would stop tapping your pen. I'm trying to teach a lesson here," Mr. Winters said with a raised eyebrow.

The tapping stopped and a few students giggled or smirked around the room. "Sorry sir...won't happen again," Oli said with a small smile.

As the lesson continued, Oli glanced behind his shoulder at Tory. He slowly turned his attention back to Mr. Winters, letting out a quiet sigh.

Oli slowly packed away his books and slung his bag over his shoulder. He stood up and headed for the door. Suddenly, a hand gripped onto his shoulder, holding him back. He turned his head, frowning once his eyes met Trent's. "Okay hero, I've had it with your bullshit. Stop getting in my way."

Oli shoved away Trent's had and said in a low voice, "Then maybe you shouldn't be such a dick to everyone."

Trent shook his head and exited out the door. Oli sighed and glanced back at Tory.

I think we should start over.