Thanks and no, I don't mind. I was expecting you to say that, so I knew I'd be the boy.

So, I do have a character I can use. Only issue is is that it says that he is deaf...so unless that's okay, I'll have to edit him and he probably won't be as long ^^;

Yeah I didn't think so lol I'll go grab him and edit him xD He just won't be as long. 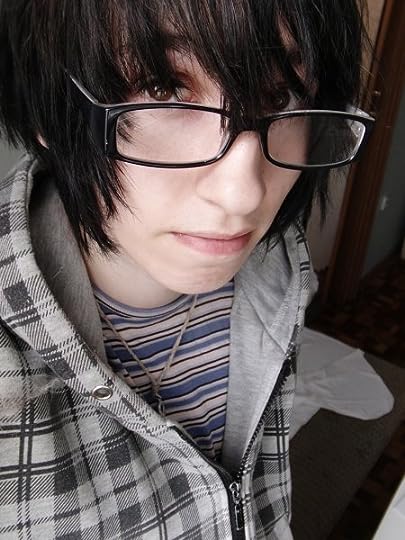 //Eye Color// Light, very pretty brown
//Hair Color// Silky black, which is his original color
//Body Type// Ashley is a bit taller then average, standing at 6'1, but is very skinny, weighing 125 lbs. He is fairly skinny and that worries his parents, but it never bothered him. He has many freckles through his body, small ones all on his arms and somewhat larger ones in his shoulders, collarbones and shoulder blades. He also has pimples on the top of his back, but they aren't bad and don't hurt him. His arms also has a few scars, done by Ashley.

History
Growing up for Ashley, he was never the most talkative. His parents and older siblings tried to get him to do so, but he just never really enjoyed it. They took him to see a specialist, who said that it was just a phase and that he would grow out of it. He did at age 8, but then a new 'phase' started. Depression. For no reason either, Ashley was just consistently depressed and finally cut himself for the first time when when was 12 years old. His parents admitted him to the hospital, where the doctors figured out about his dreams. Horrible, horrible dreams of his parents and siblings abusing him, calling him names, people at school being mean to him, him killing. Everything in your worst nightmare. He was out on medication, still taking it to this day. Truth be told though, he still has them. The only reason he isn't like before is the pills get him in a slightly better mood.

Personality
Ashley is kind and caring, but he doesn't often show that to anyone besides his family. He doesn't have as many friends as his parents would like for him to have, but he doesn't mind that. He is helpful to his parents and siblings and that's good enough for him. Some people at school, however, he opens his heart to because he feels bad for them, knowing how they've felt before. He really is a sweetheart and such the joker, but no one gets to see it too often.

Other
Ashley has a lot of trouble sleeping at night, so he will get up and draw, write or go swimming out in the pool in the back.

Pets
Ashley has a husky named Frey that walks with him to and from school, as well as wherever he may go alone. People in the neighborhood are use to the door walking about by itself and most say nothing of it. 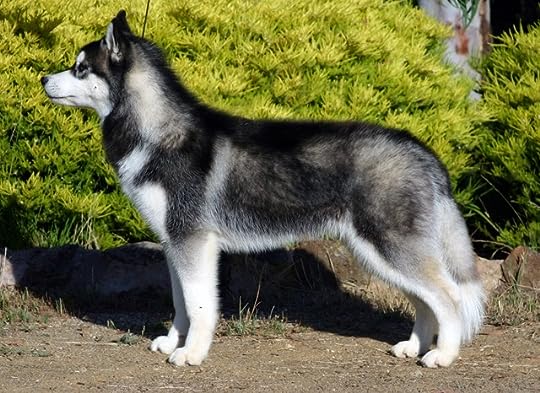 Thanks (: I really like his picture, he's adorable ^w^

So, how do you want this to start out?

Okay sure ^w^ I like that. Should he try to talk to her?

Haha, okay XD That can work. Hope she isn't afraid of dogs, cause Frey's gonna be there too lol

Good stuff lol and can you start? I'll try to reply, but long replies over my sisters house is a bit difficult with her keyboard.

" Frey, c'mon. You just used the bathroom, you can't have to need to go again," Ashley spoke to his dog, tapping his foot on the ground and giving her 'the look.' She understood right away and walked out of the grass, walking over to Ashley and looking up at him. He smiled down at her and gently rubbed her head, beginning to walk again, but a group of people caught his eyes. Well, not really the group. A girl, somewhat away from the group smoking something that he couldn't tell what it was.

Frey barked a bit as she looked at the group, ears going up irritated.
" Hey, shush you. It's not like we don't walk by smokers every day," Ashley said to her, gently tapping her on the nose. Frey looked up at Ash, giving him her best sorry look. Ashley rolled his eyes, but he bent down and gently kissed her head before glancing at the girl again.

Ashley looked at the girl for a bit longer before deciding to go and try to talk to her. He looked both ways before crossing the street, Frey following close behind him as he went over to her.
" Hi, I'm Ashley," he introduced himself, holding out his purple/black striped gloved hand to her.

Ashley took his hand back after a moment, looking down at Frey, who was looking at Andi with a questionable eye, head tiled to the side.
" Oh, and that's Frey," Ashley said, hearing a bark and a tail wag from the dog.

Frey let Andi pet her, sitting down then next to Ashley.
" Good girl...," Ashley said to his dog, looking back at Andi," I think I've seen you at school a few times."

Ashley looked at her when she said that, nodding slightly.
" Yeah, I've heard that...But are you?" he asked.