Personality: Nice, but gets VERY grumpy when you disturb him. Is understanding and calm, but fights like a lion in battle. Sometimes is disappointed when the leader leaves him in camp during a battle because of his foot. He is persistent in what he believes to be right, and would rather die fighting than in the elder's den with Greencough.

Appearance: https://encrypted-tbn0.gstatic.com/im... Black and orange tortiseshell with a useless foot. He has a scar on his left cheek and long fur. He has a distinctive white mark on his left ear.

History: As a kit, Brokenfoot was called Tawnykit. He had two littermates, Willowkit and Spikekit. They were made apprentices at six moons old, and were taught like any other apprentice. But one day, as he was paroling a rocky slope with Willowpaw, horror happened. A rockslide came tumbling down, on top of the two. Tawnypaw tried to push Willowpaw out of the way, but she pushed him back. Tawnypaw could only watch as his sister was crushed by the rockslide. He escaped with a crushed paw, forever giving him a limp. Later, his name was changed to Brokenpaw, because of his crushed foot, but in his eyes, because of his broken heart.

Approved
Would you like me to make his mate or Clan leader? ^.^ or just a friend

Mate is great. Or friend, or companion of some kind. (not a beetle)

I won't make a beetle don't worry :P any names you want for mate?

Not really. His mate is usually called Whiteshadow, but it's your desicion.

Personality:
Sweet and kind, sometimes shy and quiet. She loves kits and would like a litter or two someday. When she's in battle she can be feirce and fiery, and defend herself and Clan with the best of her strength.

History:
A normal kithood, but when she was a apprentice she met Tawnypaw (that would soon be Brokenfoot) and fell in love after getting to know him. She dreamt about him and always wanted to be his mate. When she was almost a warrior her mentor told her to have a fight with him, unsheathed claws. She did and was seriously injured, her mentor almost died, thought it was his idea.


Just a format for me 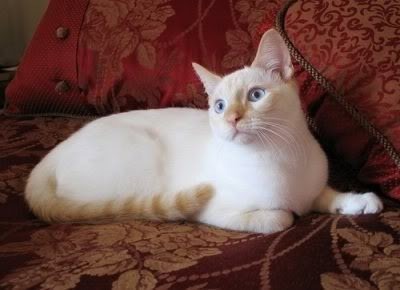 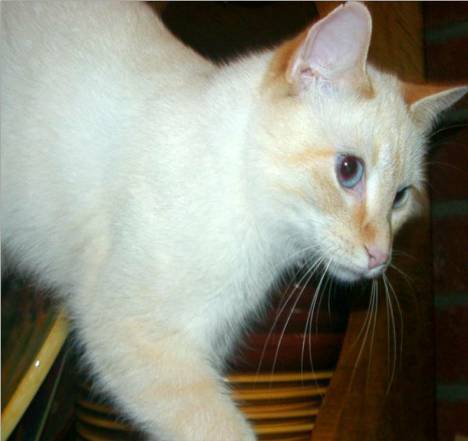 Personality
Dawnstar is definitely one of those cats that everyone loves. She is nice and caring while fierce to protect her clan. She is loyal and honest, but a little stubborn at times. She is very independent and loves to explore. She is understanding and clam. Her happy personality infects everyone around her while she isn't too peppy. She is persistent and once she makes up her mind you can't change it


History
Dawnstar, Dawnkit then, was born into a family of two. Her two parents and her were a happy family that got along quite well, and no one could disagree about that. One day, the day she became a apprentice, she was given to Hollowheart. He was the meanest, but best fighter in the clan. Over time, he started abusing her until she was seriously hurt. Sadly, he told her to keep it secret or he would kill her, so she did. Every time she went to the medicine den, she would make up these crazy stories. Because she spent tie in the medicine den, she became fast friends with Nightpaw, a medicine cat in training. Nightpaw believed the stories at first , but started to figure out that the stories weren't true. One day Nightpaw went out and saw Hollowheart abuse Dawnpaw. Nightpaw gasped and raced back to camp. She told the leader what happened and when the mentor and apprentice came back Hollowheart had the whole clan snarling and hissing at him. Treespirit mouthed for Dawnpaw to race to him and Dawnpaw did. She hid in th middle of all the Warriors appreciates. All f a sudden half of the clan protected Dawnpaw while the other fought Hollowheart. Her mentor died in about a minute and Treespirit became her mentor. But, she was almost over with training and worried hard to become a warrior two moons later. She became Dawnheart and realized that the toms now weren't staring at her, they liked her. So for moons she let all the boys like her. One day she became dupety, and only a moon later the leader died and Dawnstar went to the moonstone with Nightblossom the full medicine cat. She is now happily looking for a mate


Crush/Mate
Open! Please start it at crush though.

Kits
None, but wants some

Other
Nightblossom is going to be made

Absolutely APPROVED! Love how you put so much detail into her.

Anyone want to roleplay? We could do a Greystrie/Silvermist thing if a MOD agrees

Sorry, I am on a phone so it auto corrects

And yea, do you means by half-clan blood and forbidden love? I'm fine with it

Sure, let me make another cat :)

Personality: Duskshadow is very obedient and never turns down an order of the leader. He is usually very strict but does have a bit of a soft side, which is hard to find. He knows how to care for a clan and the cats in it. Over all, Duskshadow is a strict, organized Tom.

History: Duskshadow was born and raised in the clan, always looking up to his leaders. He grew up wanting to be one and now he is on the road to it.

Personality:
Sweet and kind, sometimes shy and quiet. She loves kits and would like a litter or two someday. When she's in battle she can be feirce and fiery, and defend..."

Her appearance and personality is almost exactly the same!!! My other one only has one eye, though.

@Gwynn, can you add a short history?

Personality:
One word, evil, pure evil. Fang heart is a great actor and he can pretend he is loyal, but at heart he really hates the Clans and all cats besides his sister Heatherbreeze which is a bit good but she is evil also.

Description:
Gray stripes and white base coat. He has dark blue eyes and a black tail. Battle scars cover his pelt and his eyes fill up with evil

History:
Fangheart was always evil and he has put "accidental" claws in kits and queens when he was a kit. He killed his own mentor and then his mother and father along with his sister. He has tried time and time again to kill his leader and has killed many many cats.

Other: He will be killed soon

Isn't he supposed to be in Thunderclan? That's where Lilystone is.... :/

No I wanted him in a different clan. And Shadowfang will kill him

Okay! Lets do this tomorrow after school then