why hello again! So the idea I love doing involves my female assassin character who I love to use. Your character could be anyone from another assassin, prince, knight/guard. medieval times.

Oh sounds cool! Could I do a thief?

Sure :) My character is non magical but you can have magic if you want. Mine is detailed because I already had her made. You can do simple like we normally do if you want. 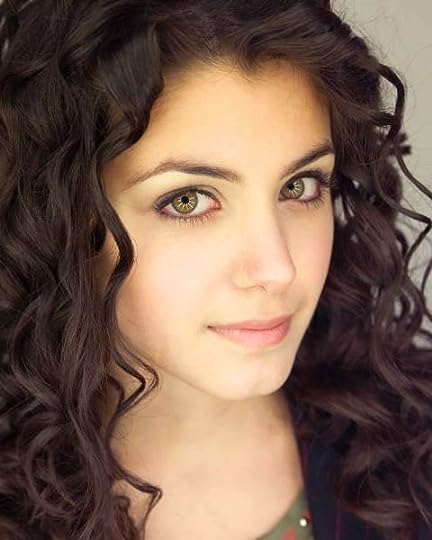 Personality: Alex is very hesitant to trust others most of the time. She was once betrayed by someone she trusted and now is weary to trust others because if it. Once she sets her mind to something nothing can stop her, and she always finishes a job once she starts it. To the few people she does trust she's loyal to, but if you do betray her....she'll hunt you down....
History: Both her parents died when she was young, so she had to look out for herself as she had no other family. She started out as a thief, at first taking only what she had to to survive, then starting to steal stuff for others before eventually starting to assassinate people...for the right price of course. So far she's only ever been caught once, and only because she was set up, betrayed by someone she'd trusted. She escaped, and hunted them down, killing them.
Weapons: Daggers...many daggers.
Strengths: Silent, sneaky, good aim when throwing her daggers or fighting up close.
Weaknesses: Not really good at using a bow and other weapons like that
Biggest Fear: Being captured
Likes: Getting paid
Dislikes: most people. Well she doesn't trust them....
Other:

Name: Sebastian Williams
Age:18
Looks: Tall, red hair, green eyes, and mostly wears black.
Personality: Bash is a loving guy who just had a bad history. He is a easy going and is always making a joke
History: Will come up with later

How shall we start? :D

Well he could be stealing something from a house which she is supposed to be killing the person who lives there?

Maybe? You start or me?


Sebastian or Bash for short growls as he cut himself on a piece of glass, he was climbing through a window to get into to Duke Gene house, one of the richest dukes of the kingdom. Bash was going to make some money off of this house. He got into the house with a sigh

Alex had gotten in pretty easily. The guards the Duke had weren't that great. She'd had no problem slipping by them. Getting in the house was easy as well. It might have taken a minute or two to pick the lock but she was in. Now she held a dagger in each hand as she went searching for her target. Duke Gene.

"Well that was fun." Bash mumbles to himself as he crept into the hallways making no sound as he walked, you couldn't even hear him breathing. He peek into one room but saw nothing, and moved on

((Magic or no in this world? My character won't have it but yours can if you want.))


She ducked into hiding whenever a guard came nearby, sure she could just kill them now but leaving a trail of bodies behind her wouldn't be good. Would just lead to her being caught. Not going to happen. If she had to kill them on the way out, sure, why not? But not yet... She was getting close. She knew it.


A guard walked down the hallway and as he turn into a room, Bash slipped down the hallway walking right past Alex as he checked another room. "This Duke got nothing." He mumbles to himself as he started to worry about his time frame

((wait did he go where Alex would see him?))

Alex saw the movement from the corner of her eye, spinning in that direction. Definitly not her target but it might be a good idea to get rid of him anyway, dagger in hand she slipped into the room he had just entered.

Bash was digging through a chest when he heard footsteps, they were light but he still heard them. Bash cocks his head to the side. "My My My so I am not alone." He whispers to himself

Alex threw one of her daggers at his unprotected back, already drawing another one. She wasn't going to let anyone stand in the way of her job here....She was going to get paid.

He ducks as the dagger left her hand and drop to a roll. He jumps to his feet facing her with a raise eyebrow. "That the best you got?"

Alex muttered a curse. This guy was ast. No one ever dodged her daggers. She held on in each hand again, raising her head defiantly. "Not by a long shot." She muttered, going forward.

"Hey why can't we just get along with each other for a few second?" He ask watching her but not moving

"Because I have a job to do and I'm not taking the chances of you getting in the way." She replied quietly, throwing another dagger towards him.

He sighs and moves to the side but the dagger caught him in his shoulder. "Damn it." He hiss. "That hurts you know." He looks around the room. He started moving back towards the window behind him

she muttered another curse. She was having really bad aim tonight. Normally her daggers never missed their target. Were always a fatal shot unless she aimed them where it wouldn't be.

"Well Lady of Death." He said then laughed. "That names suits you well." He said as he got to the window. "I hope to see you around." He cracks the window breaking it

She shook her head, trying to push the distracting thoughts from her mind. He was gone. she had to finish her job, collect her pay and then get out of town before this guy told anyone she was here.

He slips though the window and disappear into the night. Bash was a smart boy but sometimes he was childish and a fool like tonight. Instead of running away from that house he slip into the next window

She was stalking through the halls again, searching for the Duke. He'd be around here somewhere. She knew that much. Where was the question.

Bash growls as he crawls through the window. Note to self lose weight He thought to himself then gave a small quiet laugh at his note

The duke was in his study, doing late night work. He yawns loudly trying to stay awak

It took her a bit more searching but eventually she found him, taking out a couple of guards on the way. Easy. The two guards standing outside the door told her exactly where he was. A couple of thrown daggers and the way was clear. Stepping around the bodies she pushed open the door, daggers in hand. Immediately she threw another towards him.

The dagger never met it the duke because at the second, Bash appear in the room and knock the dagger out of the way with his own dagger. "Sorry Lady Death but you can not killed this man." Bash didn't even lance towards the due as he walked in the middle of the room

Alex spun around to face him, her eyes blazing with fury. If he hadn't knocked the dagger out of the way the duke would be dead. Her job would be done and she would be on her way to getting paid. She had another dagger in her hand now, stalking towards him. She;d kill him off first. Get him out of the way.

"Hey hey not my fault I know this man." He said holding up his hands not even moving as Alex stalked closer to him

"Well too bad for you then. Because I will finish my job. Even if I have to kill you to do it. You shouldn't have gotten in my way."

He shrugs, his eyes mocking. "KIll me? Sorry Lady but no one call kill me." He grin as he dart towards the duke

She spun, throwing a dagger at both him and the duke. She had to do this.....

((So should she kill the duke at least?))

She muttered a curse as Bash dodged his yet again, but at least the duke was dead though. Still.....she would have to kill this man as well. She couldn't leave any witnesses to know it was her that had killed him. "You made a mistake in coming here tonight...."

"You made a mistake of killing this man." He growls back. He looked mad, and he looked scary. But instead of walking up to her to fight, he dash to the window

She cursed again, running after him. If h told anyone......She;d pick up her pay tonight and head out of town. No one would catch her.

She cursed again, collecting her daggers before hurrying away, back to where she was hired in the first place to pick up her pay.

((Sorry, I haven't been on a lot this week been a bit busy))


Bash bites his lip as he dash through the night, what was he going to do now?

((I've been busy too. just got off work. will you hopeful be on a bit tonight?))

She maw her way back to the tavern where she was hired, hoping her employer was still there.

((Sorry! I can't be on long go to get up early tomorrow but I will try to get on tomorrow night.))

Bash hurried through the streets never stopping for a few seconds. "Oooooh I am depp trouble." He mumbles

Luckily the person who hired her was still there, at the same table she'd left him at. After getting her pay she left the tavern again, heading for the stables and stealing a horse before heading out of town.

He saw where he left shadow, he faithfully white horse. He name her shadow as a joke and it still brings a smile to his face. But right now he didn't smile. "Hey girl, time to leave." He jump on and headed out to phone


Alex was also heading out of town, bend low over the neck of the horse she'd stolen as she raced to the next town over. She'd stay the night there and head farther away in the morning.