The official program is available from Dymocks for 10 bucks. Inside you will find who is appearing on what day and time. Information can also be found here http://www.adelaidefestival.com.au/20...

I just checked the program and i will go on four of the days. Saturday to see Elanor Catton, Sunday richard Flanagan and Philipp Myer, Monday Hannah Kent, Wednesday Cory Taylor and Christos Tsiolkas and Thursday Michelle de Kretser. If anyone else is heading in on them days give me a hoy as i would love to meet fellow Adelaidians who are members here. :)

I did that above Brenda. :D

Just edited my first post as sadly Philipp Meyer has announced he wont be appearing. :(

I know i asked before but will anyone here in Adelaide be attending? If so msg me as i would love to meet the odd Aussie Readers member. It start's on Saturday so not long to go. :)

Michael wrote: "I know i asked before but will anyone here in Adelaide be attending? If so msg me as i would love to meet the odd Aussie Readers member. It start's on Saturday so not long to go. :)"

Sorry won't be there - I did the Melbourne one once years ago - and was fun. I always look at where i am travelling to to see if there is anything bookie going on but haven't been lucky so far.

Hey everyone, was at the opening day of the festival and had a great time. Seen Eleanor Catton discussing her book The Luminaries wich was facinating. She talked about why the book was as long as it was, the connections with the astrology menchined in the book and also about how she researched with strong influences from 19th century lierature. Got my copy of her book signed and had a little chat with Eleanor wich was wonderful as she is such a lovely person. Also seen the announcement of the 2014 Aelaide Festival Awards For Literature winners. 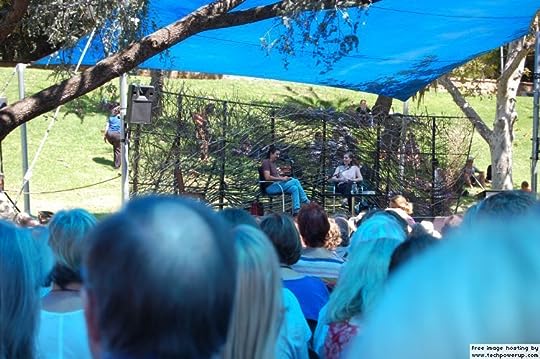 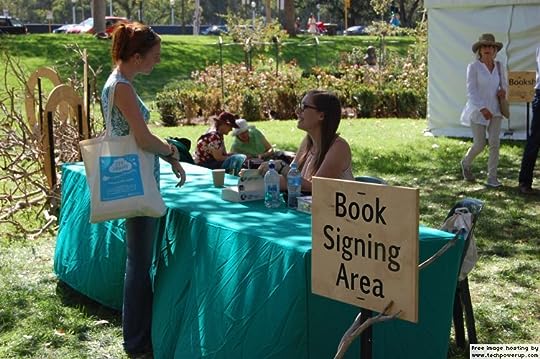 Mod
Wow, well done Michael. Sounds like you had a wonderful time, and great to talk to the author as well as getting your book signed!

Sure was Brenda. It so wonderful when you get to meet your favorite authors and spend a bit of time with them. :)

Mod
It is that's for sure!

Oh i forgot to menchin i also bought Eleanor's first book The Rehearsal and My Beautiful Enemy by Cory Taylor who will be appearing on Wednesday. :)

Thanks for sharing the pictures Michael - looks like a nice setting, so glad it wasn't raining :)

Today at the festival i seen host Julianne Schultz join New Zealander's Lloyd Jones, Eleanor Catton and Gregory O'Brien in a discussion about everything Kiwi as part of the 43rd edition of the Griffith Review. They discussed everything concerning our neighbour from over the ditch including modern day quakes, the falling behind of many Maori children with there education and the great migrations that take place in the Pacific. Also seen Kate Richards who was talking with esteemed psychiatrist Jon Jureidini about her battle with depression and acute psychosis. Kate was very honest about her experience and even surprised me when she said she missed the manic moments that came along with her illness. 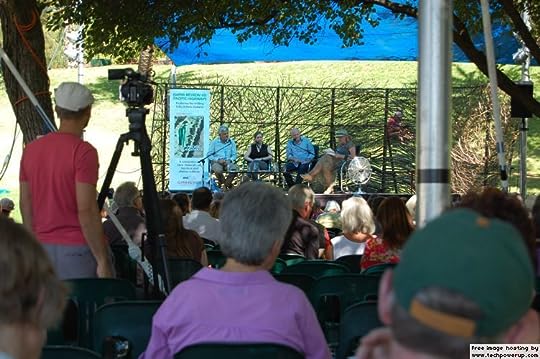 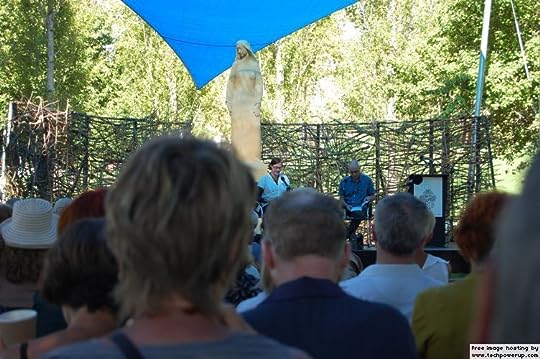 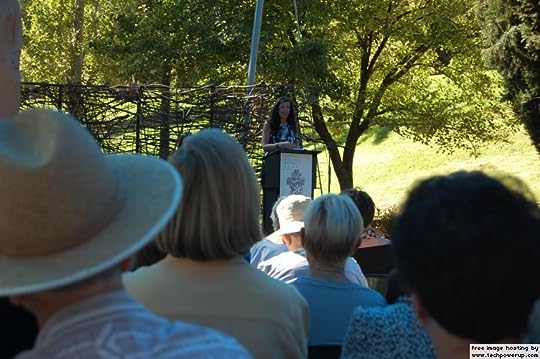 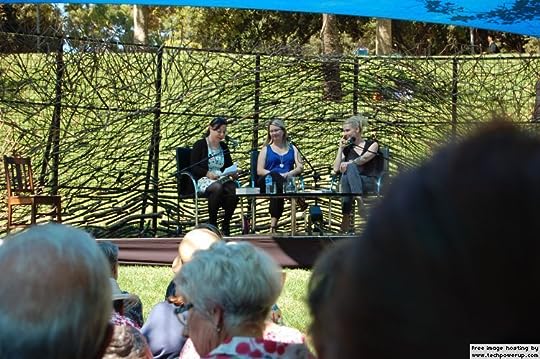 Elizabeth Gilbert and Hannah Kent in conversations about there books The Signature of All Things and Burial Rites. 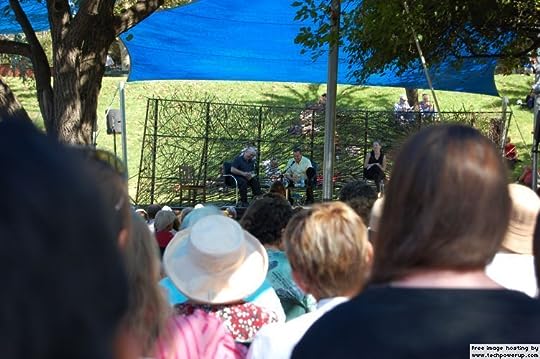 Christos Tsiolkas discussing his latest book Barracuda. The lady in the black shirt was interpreting what was being spoken in sign language.

Looks terrific Michael. Its always such a nice atmosphere there. Unfortunately I didn't get to go this year, but I spent a lot of time there last year for my year 12 research project. I'd like to go leisurely next year.

There is always next year Jess. There was so many great authors there. I ended up going four out of the five days it was on as there was so many writers i wanted to see. :)

So you'll be taking rec leave this time next year? :)

Take it the same time every year Sally. Then i have excuse not to go to the festival and the Fringe festival and plenty of movies. :D