You may use whatever template you wish. If your template belongs to you, and it is not free to be given away, please mark the top with a copyright symbol. This is to avoid plagiarism. No characters may be copied. Please include everything in this basic template for your character, or else they will not be approved. Thank you!

This Template is brought to you by ￫ܫ￩αωкωαr∂ ρστατσ {gryƒƒiท∂σr нσυsє}.
© All Rights Reserved (view spoiler)[All parts of this character are of my own thought processes and may not be used. However, use of all GIFs and dividers is permitted. If you wish to use my template, please message me your request, but note that this message must remain at the top. This template was inspired by Ashely Ariel and Leena. (hide spoiler)]

↬/as/pen/ Aspen is the English vocabulary word denoting a type of poplar tree, the aspen tree; from the Olde English “æspe”. Aspen trees are native to the cool northern climates of the Northern Hemisphere, but extend south to mountainous regions with high altitudes. The aspen generally grows to reach between 50 and 100 ft. in height, and, although they dwell in colder climates, they flourish with direct sunlight. What makes an aspen tree unique is its ability to quickly take root and reproduce itself. Its complex root system allows the tree to spread underground great distances from the “parent” tree and sprout up more trees (creating a grove from a single specimen). As old trees die, new trunks will spring up. It’s for this reason that certain aspen groves are considered among the oldest living organisms originating from continuous colonies derived from a single “parent” tree. For instance, the “Pando” colony in south central Utah is estimated to be 80,000 years old (considered one of the oldest and largest living organisms in the world!). The Latin word “pando” aptly means “I spread”. Aside from their unique root system and hearty reproduction, aspen trees are also known for the pleasant, gentle sound they make. The quivering, shimmery leaves of the aspen gracefully rustle in even the lightest of winds. In the autumn, the leaves leap from their branches in vivid colors of yellow, orange and red. In terms of mythological symbolism, the aspen tree represents one’s ability to overcome fears and doubt in the face of change. The indomitable aspen will persist with tenacious determination. The aspen tree also symbolize the strength and power of community as represented by the large colonies or groves created by one single organism (united as one).

↬/kare/eh/line/ Caroline is the French feminine form of Carolus, the Medieval Latin form of Charles (the French pronounce it ka-ro-LEEN). Carolus, Charles and Caroline all derived from the same Germanic word: “karl” meaning “free man.” Originally, many centuries ago, the term “karl” signified a “free” man but not one of nobility (in other words, he wasn’t a serf or slave). The Olde English cognate “ceorl” (from the same root) defined a “man of low birth, a common man”. In later Middle High German and Middle English, however, both terms evolved their definitions to mean more simply “man, fellow, husband”. Despite the name’s rather “lowly” beginnings, many Europeans of high rank and those among the royalty bore names derived from Karl/Carl (such as Charlemagne, Charles, Caroline and Charlotte). In fact, the 8th/9th century Frankish leader, Charlemagne (Charles the Great), had a lot to do with the name’s perpetuation among the earlier Franks (a Germanic tribe and precursors to the French people). Caroline was brought to England by way of the Norman-French after the Conquest of 1066; however, the name found a particular audience among the upper-classes of England in the 17th century (probably influenced by the Stuart Kings Charles I and II). Later, two 18th century Queen Consorts of England, Caroline of Ansbach and Caroline of Brunswick, gave further notice to this lovely French name. The early 19th century aristocrat/novelist Lady Caroline Lamb had a well-publicized and passionate affair with the romantic poet Lord Byron – she was an English celebrity of sorts. By that time, the name Caroline was firmly rooted in the English aristocracy.

↬/chap/len/ This interesting surname with variant spellings Chaplain, Chapling, Caplen, Kaplin etc., is of French origin, found also in England, deriving from the old Norman French word "caplain" and old French and medieval English word "chapelain", meaning "charity priest", a priest who was endowed to sing mass daily on behalf of the souls of the dead. Hence the name is an occupational name for a clergyman or perhaps a servant of one.

Date of Birth: December 10
Zodiac Sign: Sagittarius (view spoiler)[Here we have the philosopher among the zodiac signs and meanings. Like the Scorpio, they have great ability for focus, and can be very intense. However, they must channel their energy or they will waste time and wear themselves out going in too many directions at once. They are not very patient and expect quick results. However, when encountered with failure they make extreme comeback's often against incredible odds. They make loyal friends and lovers, but they do not handle commitment well as they refuse to be tied down while chasing philosophical pursuits. (hide spoiler)]
Zodiac Animal: Centaur (view spoiler)[The Centaur represents a paradox. For one thing, they are composed of man and horse, and must fight their conflicting instincts. Part of them fights for what is right, and moderation, while their other half is wild, reckless, and often irresponsible. (hide spoiler)]
Birth Stone(s): Turquoise (view spoiler)[For those who were born in the month of December the Turquoise is the traditional birthstone. The December birthstone poem reflects some of the properties with which the Turquoise is associated - prosperity, success, happiness and good fortune. The Traditional Metaphysical Properties for the December Birthstone Turquoise are open communication, protection against all diseases, regeneration, and strengthening. The healing properties of the December birthstone are reputed to be effective for health problems relating to the throat, lungs, asthma, teeth, depression. and infection. The Turquoise is also used to enhance creativity, serenity and spiritual bonding. (hide spoiler)]
Birth Flower: Narcissus (view spoiler)[Narcissus zodiac flower signs can be very influential and enjoy sharing their philosophical ideas with others. You are direct, to the point, trustworthy and honest. You are naturally wise, and you also are gifted with good luck. You come on strong, but have a sensitive side you don't share with too many people. You have an active imagination and love to dream the days away. (hide spoiler)]

Gender:
↬Derived from the xx/xy chromosome

Sexuality:
↬Details
Relationship Status: Single/Taken. If Single, are you available for requests?

Personality: Valerie is really smart, but hates for anyone to take notice in her. She is shy, quiet, and beautiful. She hates large crowds and always has a private place. She feels as if the world would never need her, so why make a noise? Overall, very sweet and very humble.

Family:One brother. All the rest were killed in a fire.

Personality: Alex is smart, but he doesn't let on. He acts like a total jock, but he is just trying to hide his true feelings. His twin sister, Valerie, is pretty much the polar opposite of him. 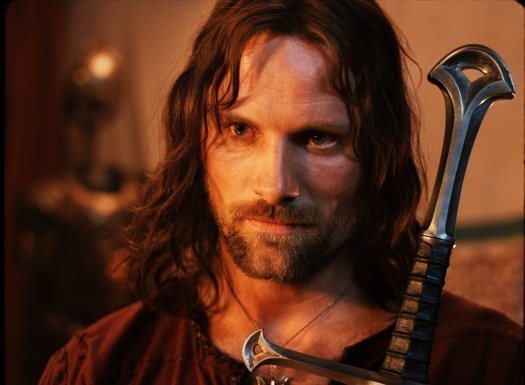