515 views
Query abandoned by poster > ABANDONED. children's book - children found an elevator that took them into space, published somewhere between 1960 and 1986?

This book was a large picture book, that featured one - possibly two? children that found a glass? (maybe it was glass, maybe it wasn't, but there WAS an elevator) elevator that eventually took them into space. There may have been an adult with them- I can't remember. It was a strange book- the plot seemed strange...

I remember being a little freaked out at the end because the narration broke the fourth wall- the narrator asked a question (in the text) that was directed to the reader...that's why I was freaked out of course - I had never encountered that before...LOL!!!

You guys on here are SO GOOD at tracking down these books. I posted about two books last night and was able to move both posts to Resolved/Shelved this afternoon. In light of this I decided to let you guys have a crack at this one...keeping my fingers crossed!

Not sure if this is it; searched elevator space on worldcat, juvenile fiction book English.

Sequel to Time at the top.
It's strange enough when Susan Shaw disappears without a trace on a wintry March afternoon. It's stranger still when her uninformative note is found in the hallway of her apartment building, along with a black cat that no one has seen before. And it's strangest of all when she suddenly appears again, wearing clothes that are eighty years out of date, and tells a wild story about an old woman with a fly-away hat, an elevator that travels into the past, and a distressed family that only she can save. Who is going to believe such a tale? Certainly not her father. But Susan is determined to prove to him that it's all true. And she has other plans for him as well...

Who, in fact, could believe such a tale? Even the author, who takes part in the story, has his doubts. But just as those doubts are all laid to rest, the mystery thickens once more. This time it's a double disappearance...

Since the author takes part in the story, could it be one of those?

I need to remember that little Worldcat trick you just mentioned.


Feersum Endjinn by Iain M. Banks
Across the Sea of Suns by Gregory Benford
Mercury by Ben Bova
The Fountains of Paradise by Arthur C. Clarke
Sunstorm by Arthur C. Clarke and Stephen Baxter
Jumping Off the Planet by David Gerrold
The End of the Empire by Alexis A. Gilliland
There is No Darkness by Jack C. Haldeman II
Friday by Robert A. Heinlein
Sun's End by Richard Lupoff
Deepsix by Jack McDevitt
Singularity's Ring by Paul Melko
Rainbow Mars by Larry Niven
Starclimber by Kenneth Oppel
Chasm City by Alastair Reynolds
Red Mars by Kim Stanley Robinson
Foreigner by Robert J. Sawyer
The Web Between the Worlds by Charles Sheffield
Coyote Frontier by Allen Steele
Echoes of Earth by Sean Williams and Shane Dix

bookel wrote: "Not sure if this is it; searched elevator space on worldcat, juvenile fiction book English.

This isn't it,but I have it (and the sequel) in my "To read" cue - they sound interesting, so -

I'll be sure to check out the list you just posted...daaaaang, that's a lotta books...LOL!!!

I haven't checked the list as to whether they are picture books, or even if they're the type of space elevator you're after. That was just found through searching google for any kirkusreviews.

Super! I will gladly look thru - never know what might be found...

The space elevator - Chris Fleisch (see link above) seems similar to what you want.

I have seen this site before...while it is a similar concept, it's not my book.

I checked some of the books on the list you posted-so far they are all hard sci-fi books.Some seem interesting enough to read. I think I listed 2 - 3? as "Want to read" in my cue...

Wonders, inc
Crawford Kilian - 1968 - ‎Snippet view -
A young boy feels his town has little to offer until he comes upon a large factory on the outskirts which manufactures time, dreams, and space.

Christopher thinks his town is very boring. But when he took a path he'd never seen before he discovers a dazzling factory. He sees many different unique inventions including the line assembly. He notices something bright about his town and something that will turn the whole town bright. Story by Crawford Kilian and illustrations by John Larrecq.

Probably not your book either but looks good!

Okay - I just requested this book online thru my colleges book borrowing system, *BECAUSE I NEED TO INSPECT THIS ITEM*

Haha, it's interesting enough I ordered it too. I wonder if it was inspired by Dahl's book? Let me know if Wonders Inc is it once you read it. You can see the cover via Google images.

Well - I got the book today - and I am sad to say that this isn't it...but this book did help me to remember that the boy in the book was taking a walk at night (he may have had a dog with him) when he came across the building

Memory trigger's better than nothing! Are you still convinced it's a glass elevator?

More odd books ruled out from the looks of it.

C.L.U.T.Z. and the fizzion formula - Page 48
Marilyn Z. Wilkes - 1985 - ‎Snippet view - ‎More editions
A glass elevator took them to a balcony surrounding the tower's second floor. The elevator opened in front of a glass door. A small sign on it said dr. renata rench, director of operations. Dr. Greps knocked. "Come in," commanded a woman's ...
http://www.librarything.com/work/1837...
Eleven-year-old Rodney, his guardian robot Clutz, and his dog Aurora are taken for industrial spies when they wander into a soda factory where a new secret product named Fizzion is being manufactured.

I found another glass elevator book when browsing covers.
Willie Bryant and the Flying Otis by Sheila Greenwald.
Willie and his magic elevator were the only wonderful things about a sad old apartment building. 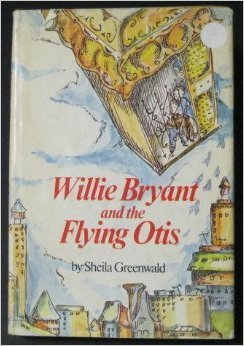 Magical Elevators for Young Readers.
But not sure if that's much help...

Elevator to the moon by Widney 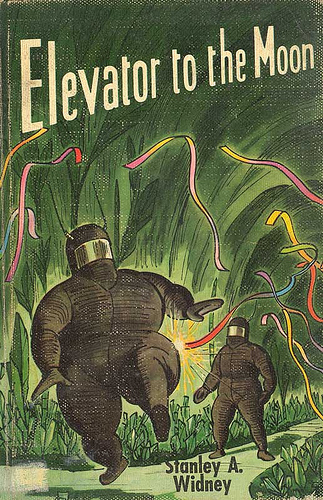 Christopher and the elevator closet by Allen Morgan

48 p. Christopher's closet becomes an elevator which takes him to the clouds where he meets the giants responsible for our rain and thunder. 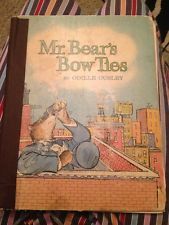 Between the 16th and 17th floors.
by Russ Leadabrand
38 p. fantasy.
A lonely eight-year-old with a vivid imagination discovers that the elevator in his new apartment building not only understands what he says, but can grant his wishes.

The ups and downs of Marvin
Author: Barbara Shook Hazen; Richard Cuffari
Publisher: New York : Atheneum, 1976.
Marvin, separated from his father on the elevator, finds friends and adventures on every floor.
https://www.kirkusreviews.com/book-re...
(not this one)

Mod
Alex, are you still looking for this? Was it anything bookel suggested from post 20 forward?

Mod
No response, we must move this to Abandoned. Too bad because there are so many suggestions from bookel.