The Wide Web of Friends in YA Books discussion

SPAM!! here you can spam as much as you'd like! you can be as random as you would like and this way you don't have to spam all the other topics!!
Spam! JACE HERONDALLLE! UNICORNS AND CARROTS!

There is no help for you! I've already searched and I am as much addicted as I was when I started!!!

Wooo I finally caught up with ya, Izzybellaa *dances around*

I NEED TO START READING A NEW BOOK ! I THINK IMMA READ LEGEND

I just went to the burger king and it was soooi gooood! CURLY FRIES ALL THE WAY!

if this is the spam area, can I eat a can of Spam while reading the comments and typing up random things!

I have a weird obsession with saying Day's name over and over under my breath. Is that weird? Lol XD (Day from Legend)

I just had chocolate and now I want mooooreee! Why does chocolate always seem to fix everything?!?!

I am loving the dear mr president song from pink

Mod
LOOK AT THIS BEAUTIFUL COVER: 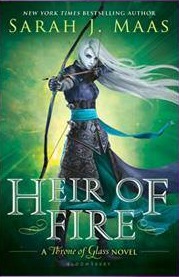 I just finished reading 1984 and it was AMAZING! Check out my review: http://thelilbookshelf.blogspot.com/2...

Celtic Blood is Free in Kindle Format for 5 days until 5th of October, west coast US time, Link: http://www.amazon.com/Celtic-Blood-Ja...

Celtic Blood is a historical fiction novel that concerns a dramatic episode in Scottish history and details the rise and survival despite great odds of a very famous Scottish family the MacKays, also within the pages is much historical information on other notable Scots families, such as the MacTaggarts, Stewarts, Murrays, Sutherlands, Ross's, Drummonds, MacDonalds and many more.


Celtic Blood is set in the year 1210. The great Scottish historical novelist Nigel Tranter inspired Celtic Blood. It traces the actual known early history of clan MacKay, known then as the MacAedhs. The MacAedhs take their descent from a king of Scots, king Malcolm, known to history as the slayer of MacBeth. Aedh, king Malcolm's son, the progenitor of the clan is offered the crown once his two older brothers are both dead without issue, they in turn were king Duncan and king Edmund. Aedh by then a widower has become a priest with no interest in matters of state, thus forfeits his claim. Aedh’s two small sons taken into the care of a distant relative grow to manhood far to the north in the highlands. In time these two boys resent that they are not the royal line and civil war erupts in Scotland. The MacAedhs a century later have been decimated by the ruling house who have attempted to destroy any rival for the throne, principally the MacAedhs, thus the MacAedhs are left with Morgund as the sole holder of the name. Morgund, thirteen years of age is marked for death. According to the king this family have been nothing but trouble and all must die to ensure his own, and any future heirs have safety in the kingdom. But as we all know the MacKays survived and the clan are called the children of Morgund and indeed they are. This is a good adventure story that is soundly researched and has the central themes, useful for young people, the worthy ideals that heroism, loyalty, and to never say die, are the making of a person, and that those who dare win.

Get yourself a free copy & help out an Indie author.

And when night falls and witches meet evil into men's hearts does creep.

The wind howls incessantly in the darkest of night and in the blackest shadows lurk the demons. Beware all who venture into the realm of, Celtic Blood …

The Wide Web of Friends in YA Books