When 17 yr old Jason Hunter sets out to discover the identity of the mystery girl at Ocean Drive he and his friends find themselves caught up in a risky intrigue.

Jason is delivering newspapers on his motorbike when a Mercedes sweeps out of a driveway in front of him. He loses control of his scrambler and almost ends up under the car’s wheels. An attractive teenage girl leaps out to ask if he is hurt, but before Jason can reply the girl is bundled back into the Mercedes and driven off.

Jason’s instincts warn him that the girl is in trouble.

The following day he sees her in an upstairs window, but when he asks to speak to her he is told that there is no young girl living there. Why?

Jason is not about to give up and he enlists the help of his friends, Mark and David. Together they make a daring attempt to learn the girl’s identity, but just as it seems to be working, things go horribly wrong...

MYSTERY AT OCEAN DRIVE was a runner-up in the Citizen/Pan MacMillan 2010 YA novel award.

Got a great new cover. Just waiting to approve the proof of the print copy and then it will also be available. Hoping the book will appeal to readers of the Hardy Boys stories.
Mystery at Ocean Drive 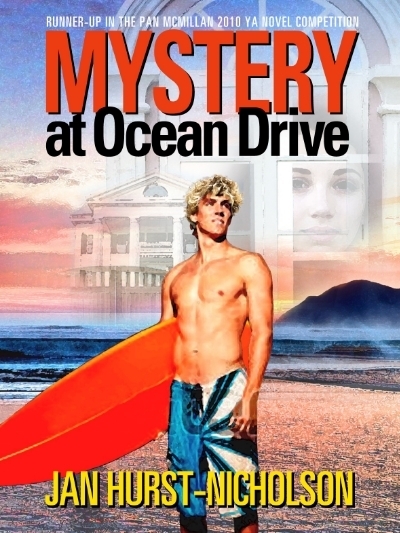