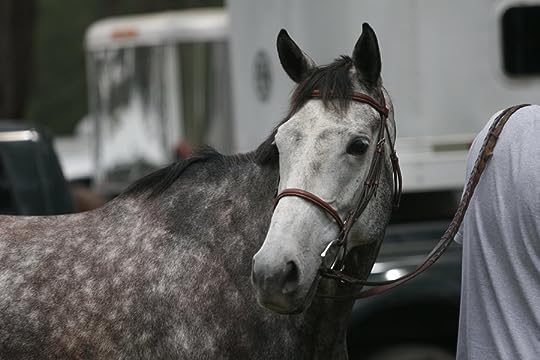 
Personality:
Rabbit is a pleasant horse to be around. He has a nice attitude, and is really a gentleman. He likes to play games, and is very clever. He gets bored easily, so People has always been sure to get him an array of toys for him to play with when he’s in his stall. Rabbit never raced, and is trained in hunter/jumper and a bit of dressage. Most people have learned most of her intermediate and advanced riding on him, and they are really a great team. Rabbit has a tendency of rolling whenever he goes outside, which is rather unfortunate considering his color. He needs a rug on him in the winter since his coat doesn’t grow out much, and it keep him cleaner, and a fly sheet in the warmer months. When it comes to riding, Rabbit is on the calmer side and would rather stay collected, but when asked he can get very fast. He is a very scopey jumper, but more so careful, and very clean. His movements are gorgeous and fluent, with long striding and a floating trot. He gets along rather well with other horses.

Caution Around: Deer, flags or banners

History:
Rabbit was born on a thoroughbred breeding farm in New York, and was trained there in hunter/jumper and dressage. Once he’d been trained sufficiently, he was bought by a young girl named Becca . Along with him came Red Friday Night, who was also born and trained on the same farm, though Frye was for Kaitlin. Rabbit and Becca immediately got on very well, and Becca would ride him every day, galloping through the fields on their Vermont farm and jumping him often. She didn’t compete with him, preferring to stay off of the show circuit, but their bond was very strong. When Kaitlin died, Becca was forced to start riding Frye as well, to avoid him being sold, and then left with him to go to Blue Ridge. She would have loved to bring Rabbit along, but knew that Frye needed her more. Becca eventually brought Rabbit to Blue Ridge as well, but found that it was in neither of their best interests for him to be in her hands, due to the direction she was taking with her riding and the attention that Frye needed. She decided to donate him to Foxridge Stables so that he could be ridden by others, and perform to the best of his abilities.

** Opened for anyone to role-play with** 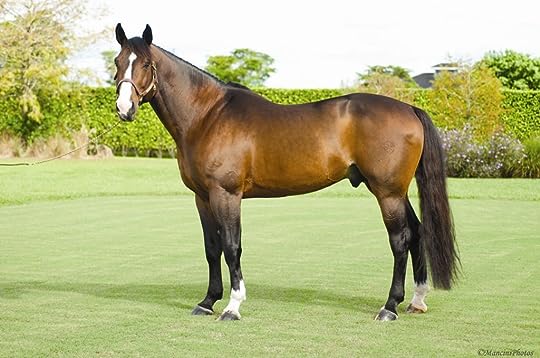 
Personality:
Arrow is a very social horse and is quite interactive and interested in the world around him. He could kind of be described as the official greeter of the horse world. Even as a youngster, he liked being petted and made a fuss over. For the majority of the time he often enjoys playing with other horses. He is the horse most likely to welcome you into his personal space, and can be quite happy to invade yours or be close to you. arrow can have a small struggle with his attention span because he is constantly looking all over. He's not necessarily spooky but he does tend to get distracted. This isn't because he's scared through. He simply loves looking at everything and is very curious. Arrow is passive in his looking though and during lessons, when he does spot something he'll take a sniff, a look and then move on knowing he has a job to do. Overall, he can be very rewarding to own and easy to train. He is usually more tolerant of poor handling than the other horses such as kids not knowing what they're doing or with adults who are a little to ignorant of what they're doing.

History:
Arrow was born originally to be a cross country horse. His owner loved him very much and he liked his job a lot because he got to go out for hours at a time. He found joy in cross country. One day, they were out and about on the course and getting ready for a competition when another horse spooked. Arrow, not one to spook, took off and surprised his owner. She fell and landed on her hip just before the other horse ran over her grazing her head with his hooves. It was just a graze but she went unconscious and later into a coma. The family, with not enough money to pay for the medial bills, decided to sell Arrow for the money needed to pay them off. Foxridge stables had heard of the accident and knew the owner. They also new the horse and knew that he didn't usually spook. They bought Arrow and when the owner woke up a couple of months later, he was adjusted and used to lesson life. She was happy he found something else and decided not to buy him back. Instead, she sometimes comes to visit him and he still remembers her to this day. He's very popular now days amongst the children and older riders who find his curiosity cute and amusing.

Disciplines: Cross Country, Trails, and flatwork both English and western.


** Opened for anyone to role-play with** 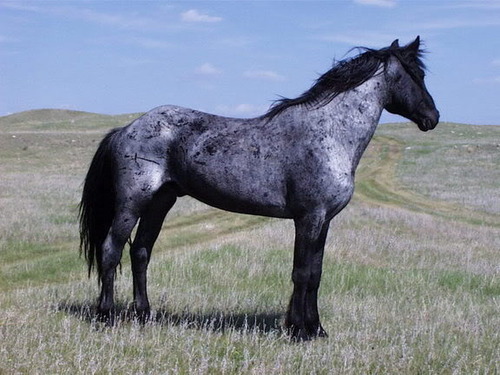 
Personality:
Rovers is a very independently minded and often known as the “bombproof” horse for the barn. She is unfazable, reliable and a loyal friend to most of the barn staff. However, she can also be one of the most frustrating horses to work with as she is not easily motivated. She isn't often worried about what the herd is doing and would be more happy doing her own thing, which normally involves eating or standing in the sun or on hot days in the shade under a tree. Rivers is not sensitive and definitely not motivated so kicking and whipping or applying more force will just cause her to tune out and ignore you completely. She is the perfect riding horse for kids, nervous riders, or anyone needing a horse for a stressful job. She's very level headed and doesn't spook at anything.


History:
Rivers was originally a cart horse. She did competitions all along the coast and preformed small tricks and shows for kids. A lot of the time, she gave rides for kids on Halloween and other events explaining her bombproof attitude. She's been around kids all her life along with moving a lot. At the age of 5 she had a small accident where she fell and hurt her back. They were uncertain if she could pull the weight of the cart and needed a replacement immediately considering they were supposed to move again in a week. At the time, they were next to Foxridge and Foxridge gladly took over Rivers having just lost a horse to a tumor. In exchange, they gave them one of their most high level energy while still being sensible horses. At first, Rivers had decided this could be a horrible job and didn't really want to do anything. Then a little girl wanted to ride her and Rivers found her cute. They did a few lessons together and from then on, Rivers slowly got used to her job. Now she is one of the favorites of the kids even if she's sometimes lazy and stubborn.


** Opened for anyone to role-play with**