Mod
Meet Patrick Cleary party boy, loser, and spaz. Patrick's been trying desperately to transform himself, and the results have been so spectacular, they've almost killed him. Meet Wes "Whiskey" Keenan he's a field biologist wondering if it's time to settle down. When the worst day of Patrick's life ends with Whiskey saving it, Patrick and Whiskey find themselves sharing company and an impossibly small berth on the world's tackiest houseboat.

Patrick needs to get his life together-and Whiskey wants to help-but Patrick is not entirely convinced it's doable. He's pretty sure he's a freak of nature. But Whiskey, who works with real freaks of nature, thinks all Patrick needs is a little help to see the absolute beauty inside his spastic self, and Whiskey is all about volunteering. Between anomalous frogs, a homicidal ex-boyfriend, and Patrick's own hangups, Whiskey's going to need all of his patience and Patrick's going to need to find the best of himself before these two men ever see clear water.

I enjoyed Amy Lane's Christmas Kitsch so very much when I read it a couple of months ago that I decided to check out some of her other titles. Oh, I've read several works by this author, but she has a considerable back catalogue that I still haven't touched, and I thought I'd start with this one.

It isn't a particularly complex novel, perhaps, but it was a very satisfying read. Awwww---Patrick is completely adorable, and you really feel badly for him. He's been beaten down by his family for so long he has no self-confidence left at all. Added to that is the fact that he has some very real issues dealing with ADHD (he isn't just unfocused in his life; many of his problems are the result of a medical condition that his father refuses to even recognise). And so it's up to Whiskey to show Patrick that he really does have some true worth.

While it doesn't quite compare to Christmas Kitsch for me (I think very few of Lane's titles will, I loved that one so much), it was still a most enjoyable story. Recommended.

The cover---well---pleasing to the eye, I suppose, but not particularly original! 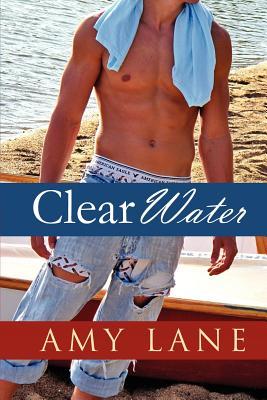 This book is absolutely one of my all time favorites, but Ms. Lane or anyone in the m/m genre. If I'm in need of laugh endorphins, this book delivers.