So do you want to start?

Basic plot: Two wolves tribes are in constant fight with each other. They live on opposite ends. You can take a tribe and I take one. We can rp random characters but they will be one main one we each take.

Soo, do you want to start of shall I? 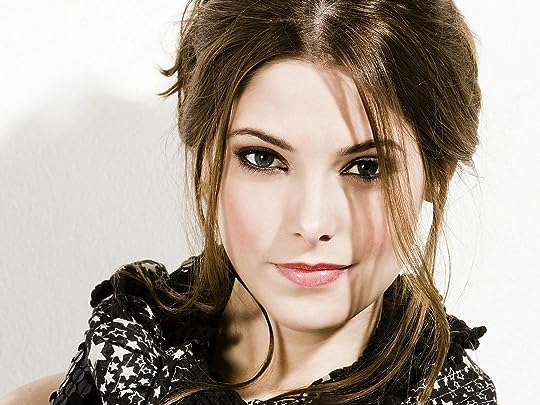 Is it okay if a love triangle goes on? (hide spoiler)]

Kayli was jogging around the border of her packs territory trying to think of why the packs were constantly wanting to kill one another. This bothered her a lot but what could she do about it? Nothing. She couldn't do a simple thing about it because her pack refused to listen. They didn't even hear her out.

Once she got to the lake that was in between their side of the forest she stripped down to nothing and decided to go for a little swim not knowing what could possibly happen. It wasn't like she was bothering anyone. She dunked her head underneath the water to get her hair wet. The water was perfect today and that's what made her happy for once in her miserable life.

Hunter Black was an black and grey wolf who belonged to the pack along the mountain region. He strode at an steady pace into the pine needle trees in search of small game as an afternoon snack. His yellow eyes scanned the area at each step he took while he walked. Stopping about a few feet well into the forest, he lowered his black nose to the ground to snuff.

A scent of sweet grass mixed with the feminine odor of an female nearby attracts Hunter's attention. He followed the scent of the female wolf to a lake which sat a good ways from the pack territory. Making sure he stayed hidden by the large tree which he hid himself behind, he peers around to see an girl bathing. Another wolf. She must be from that pack we are fighting with. He pulled back from watching her.

Shifting, he stood at six foot tall in height. He had black hair which fell in a mess of cruls around his face. He wore a pair of black short which were designed to fit him nicely. Barefoot and shirtless, he peered back around at the other wolf. I could capture her... Nan I' ll be caught dealing with someone like her He turned away from the tree and walked away. I'll let her enjoy her bath.

reply | flag *
message 9: by [deleted user] (last edited Feb 02, 2014 10:36PM) (new)
Feb 02, 2014 10:21PM
Kayli could smell a man in the distance and decided that she would get dressed and investagate but she was stopped by Travis her handsome bestfriend. "Hello Travis." She said as she slipped her undergarments back on and her clothes. "What are you doing out here?" She asked looking up at him.

He looked down at her and smiled gently,"Just keeping an eye on you because I know how much temptation seems to always get in the way of you getting things done." He answered but looked up instantly smelling a guy in the distance and growled instantly wanting to fight what ever type of wolf was watching Kayli. Though he hadn't told Kayli anything about how he felt about her. He continued to think that he could still claim her his. He has loved her since they were young kids and that's why he felt he'd have a better advantage than to some stranger.

Hunter, came to a stop. He had walked a few feet from the clear lake when he caught the scent of an strange male wolves approaching off to his right. I should go on my owe way. But I know I won't. I have to see who he is. Hopefully I won't have to deal with an already mated pair. Turning around, he headed back to the tree. He watched the female wolf dress herself as some male wolf came up to her with a smile. So they are a pair. He saw the familiar look in both of the wolves eyes and the manner in which they addressed themselves. So these are two of my rivals. Hunter started to leave seeing how the two were so involved in each other. As he turned to walk away, he heard the male wolf growled at him. So much for not fighting today. He sighs and turns around. Stepping down from the small hill which held the tree he hid behind, he approached the pair. "I mean you no harm" His yellow eyes when straight to Kayli as he spoke. Lingering a bit on hers before shifting his eyes to Travis. "I wandered here by mistake, so I'll take my leave"

reply | flag *
message 13: by [deleted user] (new)
Feb 02, 2014 11:19PM
Kayli's brown eye lingered over Hunter and she smiled as she got a whiff of the air. She ignored Travis completely. "No harm done." She reassured him as she hoped he wouldn't leave quite yet. "Please don't leave." She said trying to sound sweet and gentle.

Travis growled and yelled at Kayli but ofcourse she just cried.

(Sorry so is Travis aggressive. Did he literally make her cry?)

"You shouldn't yell at an lady. It's not gentleman like, friend" An low growl of warning could be heard in Hunter's throat. He didn't take kindly to men treating an lady cruelty and yelling for no reason was one of those things. "I had no intention on staying anyway. You did not have to raise you voice" He shifted his eyes to Kayli, an small softness in them, as he tried to calm her from his distance. "You're alright now. You don't have to cry"

reply | flag *
message 17: by [deleted user] (new)
Feb 03, 2014 09:31AM
Travis growled a low growl then walked off with anger in his step. He left Kayli there not in the mood to hear her yelling at him about his behaviour and what not. He felt angry but decided to walk away so he wouldn't anger Kayli who already seemed drawn to the complete stranger. Why in the world would she like that guy? He asked himself trying to understand the mind of the woman he loves. She'll see that he's not worth it. He reassured himself as he now relaxed his walk to a more casual like one.

Kayli had calmed down a bit when she heard the softness in the guy's tone. Is he always like this? She wondered as she decided to walk along the shore that went around to the mountain region. She was adventurous and really did want to get to know the guy who calmed her down and looked so gentle and handsome.

Seeing the female wolf calm down, Hunter smiled alittle. He decided to head back to his own pack since she seemed to be taking her own personal walk. He went back the way he had came. I suppose that little run in was a bit different. He decided that the other male wolf must be her friend since the pair clearly didn't behave like a mated couple. In any case she seem nice not like he had heard from the alpha. Making his way through the trees, Hunter stops as he hears his stomach growls. "That's right i came out here for a snack"